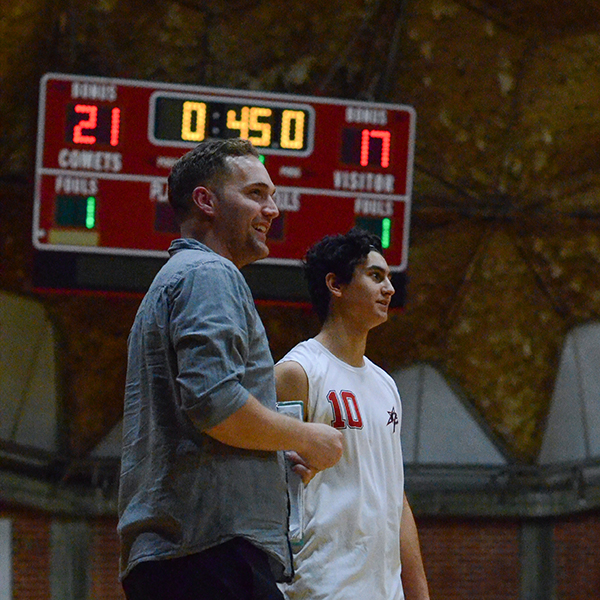 A familiar face has been put in charge of Palomar College men’s volleyball team, which is looking to rebound from a disappointing 2016 campaign.

Bryan Campbell, a former student athlete at Palomar, has been hired as the new head coach of a team coming off a season in which they finished with a record of 2-14.

Palomar Athletic Director Scott Cathcart conducted a search this off-season for a new coach, and was impressed during the interview process with Campbell’s knowledge of volleyball and familiarity of the surrounding region; something that can be very helpful when it comes time to recruit new talent.

The team currently has 21 players, which is eight more than it had during the 2016 season.

“We are thrilled to have Bryan Campbell,” said Cathcart. “Our program under his enthusiastic leadership has got off to a fantastic start.”

Coach Campbell brings with him prior coaching experience, having coached on teams across Orange County. Currently a coach at Tstreet Volleyball Club in Irvine, Campbell has also coached at the high school level with stints at Dana Hills High School in Dana Point and San Juan Hills High School in San Juan Capistrano.

Campbell, who played at Palomar from 2009-2011 and was a team captain during the 2011 season, believes he has what it takes to get the Comets back on track.

“I want to really turn things around,” Campbell said. “I want to bring a change, the mindset, and the effort and attitude that we need to win.”

Campbell sees potential for the team to return to playing at a high level, after recent years in which they did not perform as well as they would have liked.

“We have an opportunity to turn some heads,” Campbell said. “I think a lot of people have written us out and I think we have the guys.”

One of those players is sophomore Chandler Matteson, a 20-year-old criminal justice major who is a returning captain on the team. Matteson is excited about his new coach, and appreciates the positive energy and leadership he brings.

While returning the program to its winning ways is his goal, Coach Campbell drew from his own experiences when making sure to point out that as a student athlete, education always comes first.

“I learned the hard way when I played about what it means to be a college athlete,” Campbell said. “We say student athlete, and student has to be first. I definitely hold my guys accountable in the classroom.”

The team’s current record is 0-2. Watch the Comets next home match against Irvine Valley College at 6 p.m. on Feb. 16 in the Dome.