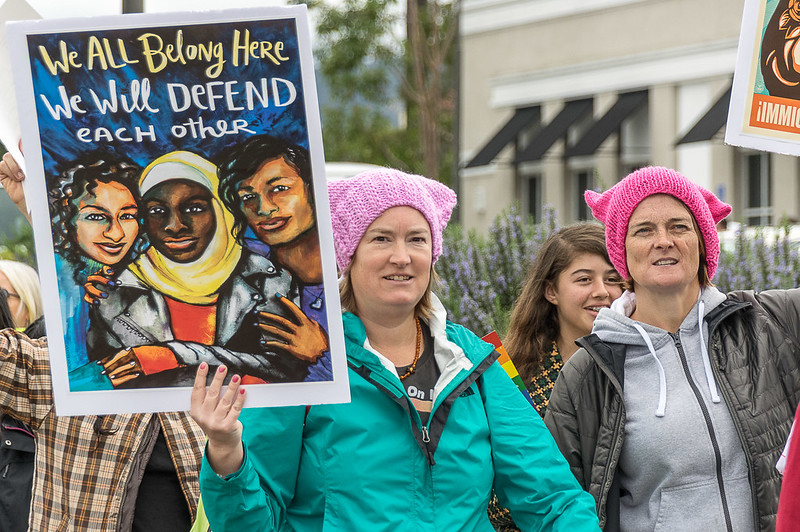 Trump built his entire presidential campaign around a rhetoric of hate, fear, and the targeting and vilifying of certain religions and cultures. Within the first week of his presidency he has fulfilled his promise of targeting those of Muslim faith, temporarily barring entry into the United States from citizens of the Muslim majority countries of Iran, Iraq, Libya, Somalia, Sudan, Syria and Yemen.

The ban also will be ceasing the intake of Syrian refugees indefinitely. This ban includes, among others, citizens of those countries who are green card holders of the U.S., making them permanent and legal residents.

The ban is not only an attack on refugees fleeing places where they are no longer safe, but it is also an attack on an entire religion of people. It is telling them they are not wanted in this country, while simultaneously telling American citizens that these people are dangerous. It is criminal, it is childish, and it is morally and factually wrong.

According to the Cato Institute, an American Libertarian think tank, the reality is that there have been absolutely zero instances of a deadly terrorist attack being carried out from any of the seven countries included in Trump’s Muslim ban. The fear of these people is not rational, it is simply discrimination and gross fear mongering by a man who at one point in his campaign called for a “total and complete” ban of Muslims from entering the U.S.

There are also several ways that the ban is violating our own Constitution. We can start with the very first amendment, which protects the freedom of religion. Another example comes from the 14th Amendment, which states that you may not single out individuals on account of their religion or nationality.

Congress may not promote one religion over another, yet our homeland security has been asked to prioritize the claims of refugees seeking admission who belong to that country’s “minority religion.” In other words, not Muslim.

This ban also undermines America’s efforts to combat extremism and, in truth, puts our country in greater future danger. By telling people of Muslim faith that they are effectively not wanted here, the U.S. is being openly hostile to the entire religion. This does nothing but benefit the propaganda of terrorist cells such as ISIS and Al-Qaeda, who are overjoyed that we are telling the same people they are desperate to recruit that America hates and fears them.Pre

This is not the America I have known, and definitely not one I am willing to get used to. This ban is a disgrace to our country, a disgrace to all of the immigrants who have fought to be here. A disgrace to those who are still fighting to be here. A slap in the face to freedom, equality, love and every single person who has worked tirelessly to make this country and world a better place.

Donald Trump’s vilification of an entire religion of people has been consistent, our response of overlooking it cannot continue to be so.