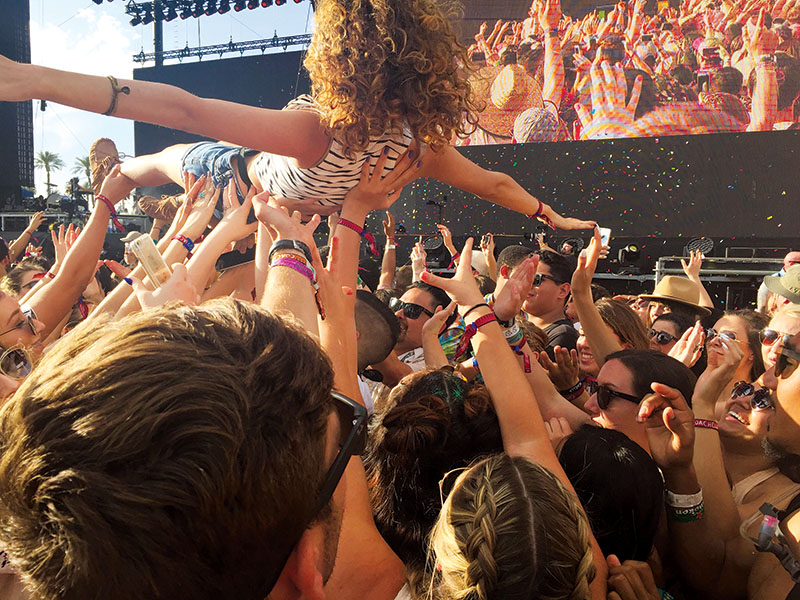 Coachella lines up in the desert

As expected, the Coachella Valley Music and Arts Festival lineup is perfect.

The lineup for the upcoming Coachella season released in January and features well known headlining bands such as Radiohead, Kendrick Lamar and Beyoncé.

Although Beyoncé is a talented artist, it just feels that it isn’t the right setting for her aesthetic. Adding in such a colossal superstar might be somewhat jarring.

There’s a lot of good to say about Beyoncé, but the intended angle in having her as a headliner is unclear. It really comes down to genre, and Beyoncé is almost a genre herself.

Must-see artists such as Tennis, Bishop Briggs, and SOFFI TUKKER are among a setlist that could be easy to miss among the haze of larger, mainstream names.

Tennis brings in a smaller, surf-rock/dream-pop crowd, and will release their new album, “Yours Conditionally,” a little over a month (specifically March 5) before the festival.

Bishop Briggs brings out glassy, ornate, soulful croons with hits such as “Wild Horses,” with chorus drops reminiscent of Halsey and Grimes, as well as elements of Purity Ring’s nostalgia and the big voice of Lorde.

The lineup includes hidden gems, unfamiliar names and recurring acts such as Two Door Cinema Club, who recently came out of a three-year hiatus.

Set to return is Mac Demarco. Despite having already played in 2015, just two years ago, he’s back and ready to intone the crowd with his raspy yet somehow flowing voice, as well as breezy and nostalgic lyrics.

Glass Animals is also set to attend. They performed at Coachella in 2015 and will be a returning veteran to the 2017 season. In 2016 they released their sophomore album, “How To Be a Human Being.” It includes fun touches of rustles, tribal twang and tropical percussions.

The mix of artists Coachella features this year is a perfect balance. Without thinking outside the indie-box, there would never have been the iconic Tupac hologram from 2012, or the 2003 appearance from the Beastie Boys.

There’s a huge collection of artists touching all over the spectrum, ranging from mainstream pop to neo-psychedelic garage rock. The range of musical culture is the reason to anticipate the incredible experience coming this spring.