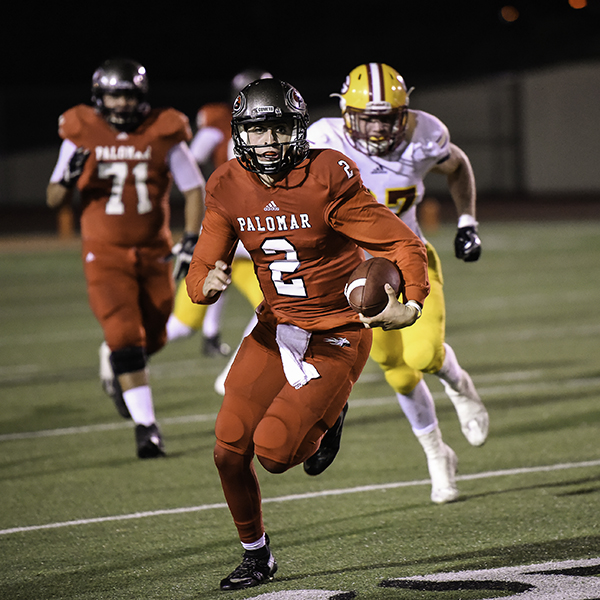 This season for the Palomar college football team there season is over as they had a losing record 4-6 and went 2-3 in conference play.  Overall there season wasn’t as good.  Palomar has a lot a young talent that they have to work with, freshmen and sophomore coming in and trying to play at the next level and making it to a university.

This year a freshmen started at quarterback for Palomar, His name is Matt Romero a prospect coming out of Oceanside High School, he had an alright year for a freshmen starting quarter back.  He completed 201- 378 attempts and passed 2574 yards this year.  Also this year they had a freshmen running back named Josh Bernard also out of Oceanside High school.  Bernard this year as freshmen rushed for 132 and ended up having only 474 yards which is a 3.7 average.  He had four touch downs this season for the comets.

For the comets defensively they racked up 713 tackles 25th and 333 which ranks 46th in conference play in community college play.  With sacks they had 20 this year and had 10 with conference play. It didn’t look good for them with penalties which they were ranked 1st this year.

The big star for the defense this year was Zach Gallina a Defensive back for Palomar College.  He had 55 solo tackles and 22 assist which is 81 total.