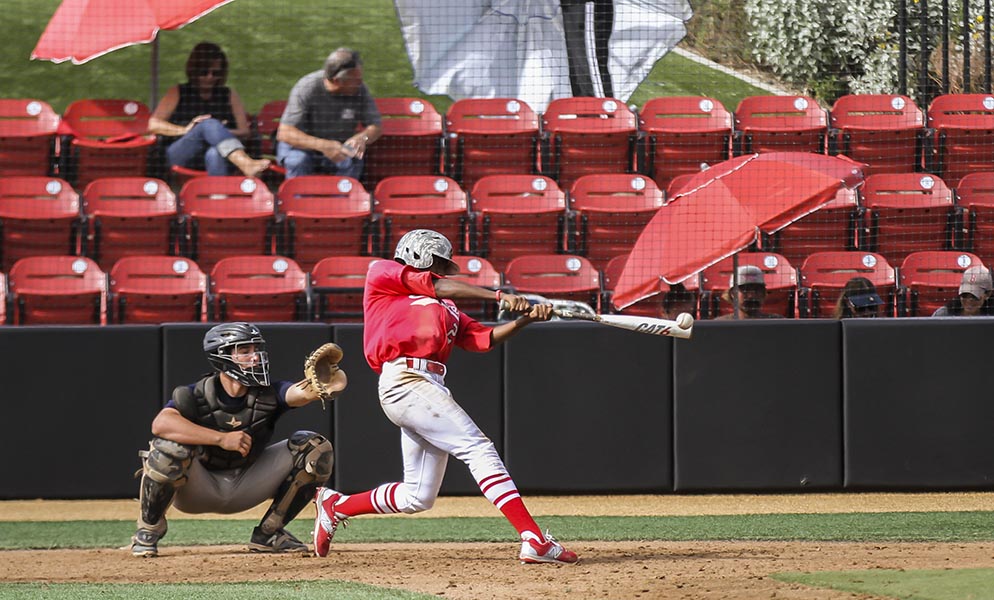 As the weather starts warming up, those interested in being part of the athletic buzz at Palomar College can be off to Spring-fresh start.

Baseball is one Palomar sport that will begin in the Spring 2017 semester. While its schedule has not come up yet, enthusiasts of the sport can already marvel at the Comet’s success thus far.

Some former Comet teammates are now in Major League Baseball. Nick Vincent, Seattle Mariners relief pitcher will be in his sixth season in MLB in 2017.

Tyler Saladino, Chicago White Sox starting second baseman who has played every position for the Sox but pitcher and catcher will be in his third season in MLB in 2017.

James Hoyt, Houston Astros relief pitcher, will be in his second season in MLB in 2017—all men having been associated with the Palomar Comets.

Another spring sport coming up is men’s golf. Looking back at the 2016 season, the stakes are high to make 2017 a success.

In a bittersweet milestone, the Comets fell short by only one place to qualify for the CCCAA State Community College Tournament, finishing in fifth place with a 36-hole total of 393 – 388 – 781 on the par 72, 6,410-yard course during their CCCAA Southern California Regional Championship (OEC hos.) game in May of 2016.

Comet golfer Kelley Cannon made news when he made a hole-in-one for the first game of the season.

Not all of the season has been so bright for the team. After one of the matches against Cuyamaca, Coach Mark Halda made note of his team’s weak point in one report. “We started strong as a team but faded on the last six holes,” coach Halda was quoted as saying. “We need to get better at finishing or it will be a long year looking up at two or three teams ahead of us.”

But 2016 was not the season for the Comets, as they did often have to “look up” at the team’s ranking higher in the game throughout most of the season; they only came in first place once, during PCAC Neutral Tournament in March, coming in first out of six teams.

A Spring 2017 sport to keep an eye on is the Palomar softball team. Making news in the 2016 season, three Palomar all-state selections from last season landed Division I offers.

The team also made an impression when they dominated the opening-round first-round best 2-of-3 Southern California Regional series, as well as teammates and the team collectively having won numerous PCAC awards in this past season.

The team finished the season 37-7 overall and a perfect 18-0 record in the conference.

Women’s track and field is also on the rise this upcoming spring. At the CCCAA State Meet in May, the team was placed 21st out of 40 teams.

A star of the team that made constant news with her impressive throws was DeOndra Young, sophomore at Palomar. Her peek record was a throw of 169 meters and 5 inches, gaining her second place in the hammer throw at the CCCAA State Track & Field Championships, her metric mark having been 51.66 meters.

Women’s track and field also achieved a collective victory at the 2016 Pacific Coast Athletic Conference championship by winning the conference finals hosted by San Bernardino Valley College in April; they had the winning score of 223.5 points.

The first game of the season will be on Feb. 7, 2017 and a series of games will be held from then until their last scheduled game, which will be on April 29-30 at the State Individual Tournament.

Women’s tennis will also be back in spring. The Palomar women’s tennis team is part of Intercollegiate Tennis Association (ITA).

Men’s volleyball will also be making its comeback this spring, hopefully redeeming the record from a poor 2016 season.

The season had started off strong for the Comets, but the team’s game fizzled out over the course of the rest of the season, having won only a total of two games out of 18.