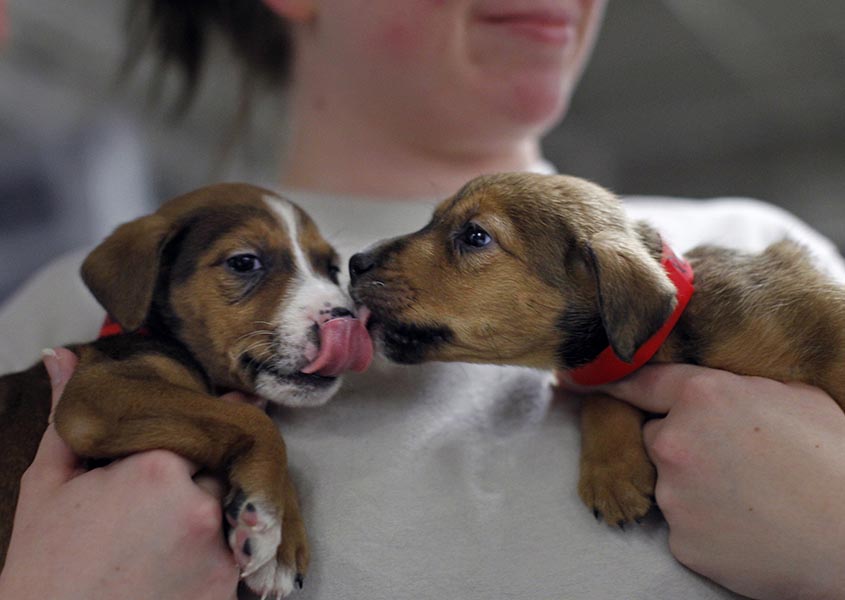 Despite the fact that the recipient does not have to pay for the animal, the gift is far from free and creates a wide set of new costs and responsibilities. According to the Royal Society for the Prevention of Cruelty to Animals reported in The Guardian, three pets are being abandoned every hour during the holiday season.

People need to connect with a pet before adopting it themselves, ideally not during the holiday season. During this time it is common to get swept into holiday activities and responsibilities that may not allow enough time to connect with a new furry family member.

A gifted pet might end up ill-cared for, poorly matched to the new home, or returned because of inability of the owner to care for them. This sad truth is a result of people getting too carried away and not planning the adoption at the right time, since the gift is given at the particular time of the holidays.

The facts are that animal abandonment quickly increases during the festive season, and that many animals continue to be abandoned throughout the next few months as they poorly adjust to the home.

According to the Coos County Animal Shelter Operator Jaclyn Rosenburg, more animals are abandoned than adopted during the holiday season.

Consider this: Different animals, and even different breeds of the same species, all have their own unique quirks, traits, and needs. Would you give a 10-year-old a Great Dane puppy as his first pet, just because it looks cute in its youth?

Hopefully not. When people do not do research, they learn this the hard way and have to give up their pet. According to Rosenburg, in 2015 puppies left at the shelter was at a record high in December during the holidays.

In addition to filling up shelters, abandonment causes lasting behavioral issues in some animals, especially animals that easily become attached to people. Behavioral issues in animals can additionally be caused by bringing them into a new home during chaotic activities and visits from several unfamiliar people during the holiday season. Regardless of whether you are a fan of puppies and kittens, would you want to make one cry? I would hope not.

To avoid situations like these people should connect with a pet before adopting it themselves, ideally not during the holiday season. During this time it is common to get swept into holiday activities and responsibilities that may not allow enough time to connect with a new furry family member.

Despite a few skilled planners making holiday adoptions work, it is too easy to make quick decisions during the hectic holiday season. People considering adopting should wait until after the holiday season and visit the shelter when the time is right.

A wise alternative to adopting an animal on Christmas Day is gifting a certificate for a pet shelter, along with a gift box or basket. The gift can include endless possibilities of pet supplies, from basics such as the food appropriate for the animal, to books about the animal to toys or other accessories.