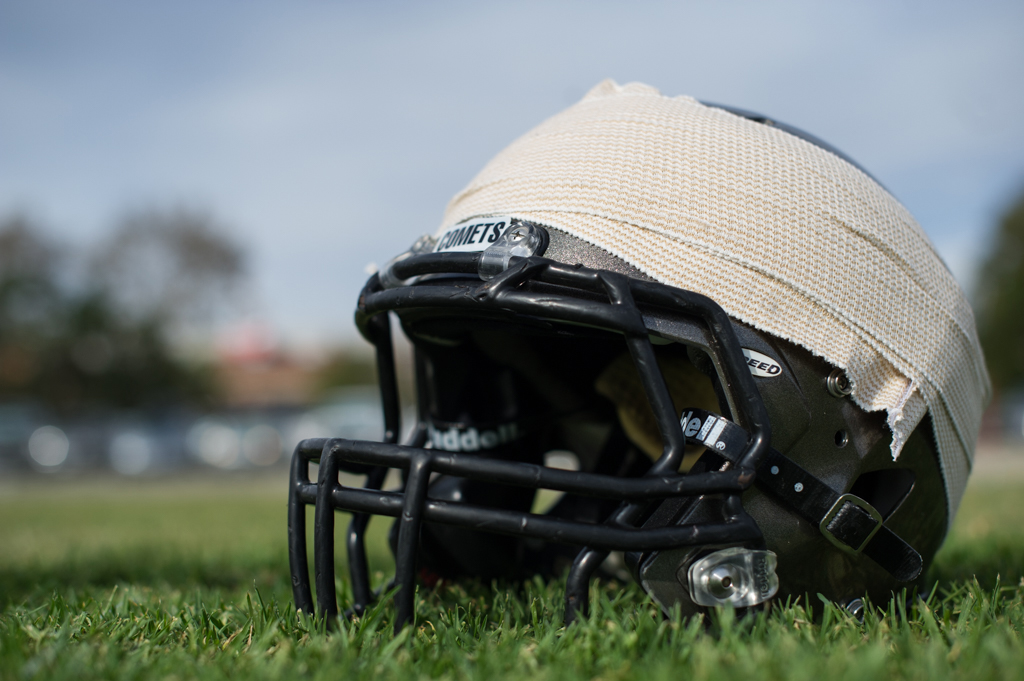 Bring concussions to the light of day

It’s Sunday, you’re watching your NFL team play when, suddenly, a player’s down on the field and soon thereafter being evaluated by the training staff.

Sometimes it’s nothing too bad. Other times it’s something more se­rious that might require the player to be ruled out for the rest of the game. A concussion, be it just sus­pected or officially diagnosed, falls under the latter.

Concussions are under the spot­light more now than ever before.

“Definitely [handling this issue better], they’re doing a lot of pre­cautionary things, they’re hiring other athletic trainers who are certi­fied and have a little bit more background in concussions and are more certified in diagnosing [them],” Heise said.

Per NFL rules, a player who is thought to have a concussion must be removed from the field of play and undergo a full assessment in the locker room. Determining whether or not a player may have a concus­sion includes looking for observable symptoms or player reported symp­toms like:

If the player passes the exam they are allowed to return to the game but will be monitored for symptoms for the remaining duration. How­ever, should they be diagnosed with a concussion, there is no same-day return to play.

Determining how much time the player will miss with a concussion depends solely on them because ev­erybody’s body is different.

The player must go through the “Return-to-Participation Protocol,” a five-step process listed as follows:

Player safety is a top priority in the league, but this isn’t how the NFL used to treat concussions de­cades ago. It wasn’t until 1994 when the NFL acknowledged the dangers connected to concussions and sub­sequently formed the Mild Trau­matic Brain Injury Committee.

“I know people who have effects from a long career in the NFL, so it is a problem that’s why they’re chang­ing the rules of how they use their head and when they strike people. I think it’s good what they’re doing but it’s unfortunate that before that it was not dealt with,” Comets offen­sive line coach, Steve White said.

It was only seven years ago when the NFL conceded that concussions could, in fact, have long-term ef­fects.

In 2011, several former players filed lawsuits against the NFL cit­ing that the “league engaged in de­nial and deception on the subject of head trauma” meaning that they failed to let players know the link between concussions and brain injuries.

The most significant of these brain injuries is Chronic Traumatic Encephalopathy or CTE. It is a pro­gressive, degenerative disease that results from repeated hits to the head. Former players like Ken Sta­bler and Junior Seau were found to have had CTE after their brains were examined posthumously.

Still, concussions are apart of the game and they won’t stop play­ers like Evan Wallace, running back for the Comets, from pursuing a pro career.