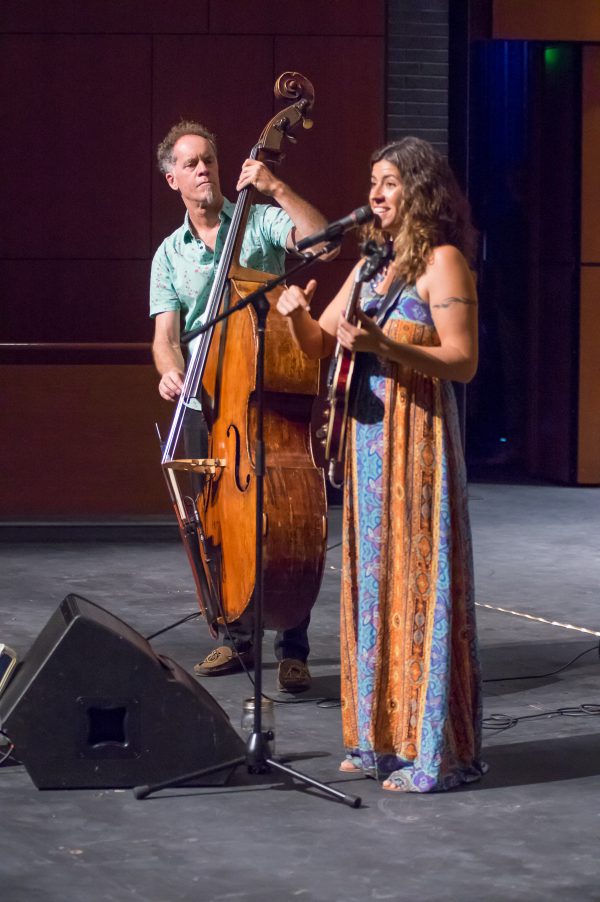 Shoes were tapping and swinging along with the mixed melodies during the performance of the Roberta Piket Trio at Palomar’s weekly concert hour on Oct. 20.

A full audience consisting of all ages attended the weekly hour long concert hour event. The trio began the concert on time and delighted the audience with original beats and rhythms. The atmosphere arose with the enjoyment of the crowd, and cheers of excitement were present after the end of every song.

Roberta Piket Trio is a musical group made up of talented musicians from New York. The trio includes the participations of pianist Roberta Piket, drummer Billy Mintz and saxophonist Virginia Mayhew. The Roberta Piket has toured with different musicians all around the U.S, Spain and Japan.

Piket, who first developed a passion for music after listening to famed jazz musician Walter Bishop Jr., was ultimately inspired to start playing the piano and writing music of her own. While recognizing the challenges facing jazz today, she is proud of her trio and remains committed to the genre that first inspired her.

“People are more interested in different styles,” said Piket. “Building an audience is always a challenge for the artist.”

The trio performed a song called “Saying goodbye,” which was written by Piket in memory of her father’s passing. The melody was a soft mixture of instruments playing a nostalgic melody. Piket’s other compositions were “One for Marian,” “Saying goodbye,” and “Billy’s ballad’. Additionally, Mintz had the audience delighted

with his song “Cannon ball,” during which he performed a solo on his drums.

“My favorite part was when [Mintz] played the drums,” said Erica Zhang, a Zoology professor at Palomar who was in the attendance.

After the performance the trio stayed to greet members of the audience, take pictures, and sell copies of their new CD.