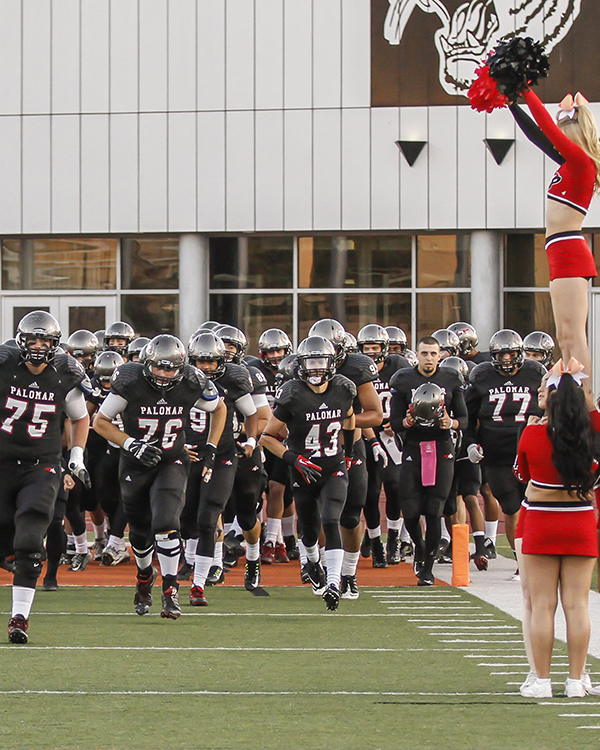 Only eight games into the season, and a Palomar offensive tackle is verbally committed to a full-ride scholarship to a Pac-12 university.

Comet’s offensive tackle Justin Sattelmaier, 19, will be joining the Oregon State football team next fall to bleed orange and black.

After high school, he first attended Western Oregon University, only 20 minutes from his future school. Eventually, he came back to Palomar College to play for the Comets. He told OregonLive.com, ‘‘I didn’t really like the school. It was small and a lot of people went home. When I played there, I planned on staying there all five years. It was still college football and still a blessing to play.”

“We knew about him in high school but he went to a small, four-year school up in Oregon,” said head coach of the Comets, Joe Early. “A lot of times kids will go there to different places and for one reason or another he came back and we’re really fortunate to have him.”

Sattelmaier said he would like to become a coach himself one day and said he is most proud to bring leadership to the Comets.

“I help motivate the younger teammates when the coaches aren’t there, and help them work hard and push to be the best that they can and show that it is possible to get outside of Palomar.”

Early said Sattelmaier is a big asset to the team.

“He has been a very steady player. He’s been good for us and I think he is good for the offensive line and hopefully that continues.”

San Diego State, Colorado State and Purdue were all interested in Sattelmaier.

“I wanted to go back because I really enjoyed the area, they were the first school to offer me and I really liked the coaching staff,” said Sattelmaier said on why he ultimately chose Oregon State University.

The offensive tackle is said to be one of the toughest positions to play in football. It takes size, strength, balance, technique, and quickness. The average NFL offensive tackle is just over 6 feet 4 inches. Sattelmaier is easily recognizable from the field with his 6 feet 7 inch, 300-pound stature.

He is expected to come in as a back-up for the left or right tackle but said he would like to earn a starting spot as the season develops.

“My goal while at OSU is to make All Pac-12 and then get drafted after three years,” said Sattelmaier.

He shares a quote in his Twitter bio (@jsattelmaier), “Adversity causes some men to break; others to break records – William A. Ward.”

As of right now, his focus is finishing off a good season at Palomar and starting for the Beavers. After college Sattelmaier would like to play for his home team, the San Diego Chargers.