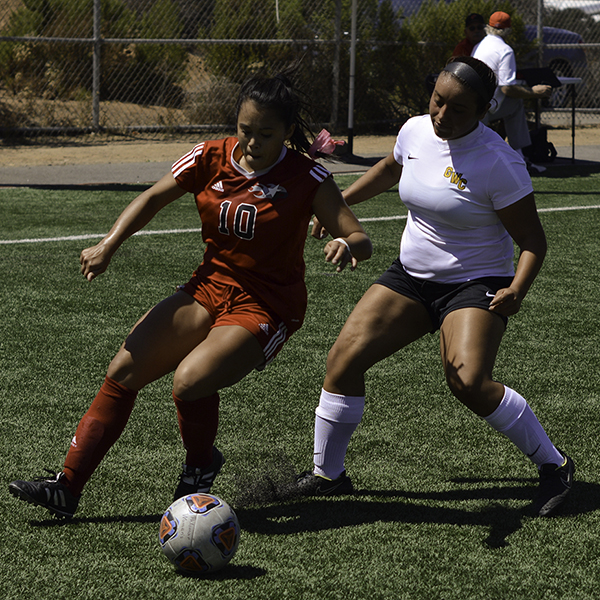 Palomar College women’s soccer team played their third game of the season at home on Sept. 9.

The game started off 0-2. Comets were keeping Golden West away from the goal line with a strong defense that led the game to 2-2. Golden West picked up their defense and defeated Palomar 4-3.

Hector Hernandez, head coach of the women’s soccer team says that Palomar is off to a rough start with the Comets falling to Fullerton 5-2, Santa Ana 2-1, and Golden West 4-3.

There had been a few injuries that has slowed the team down. The women’s soccer team, Madison Dickinson, was out after an ankle injury. Grace Busby also had to rest an ankle injury before she could return.

Although Palomar’s defeat to Golden West was the third time in a row, they still keep going. Grace Busby scored two goals for the Comets against Golden West.

Coach Hernandez says he likes Palomar’s women’s soccer team, because they are group of battlers and they give 100% every time.

It’s still early in the season and the women’s soccer team are just getting warmed up.

Palomar’s next home game is against San Bernardino Valley at 3:15 p.m. on Friday Sept. 30 at Minkoff Field.