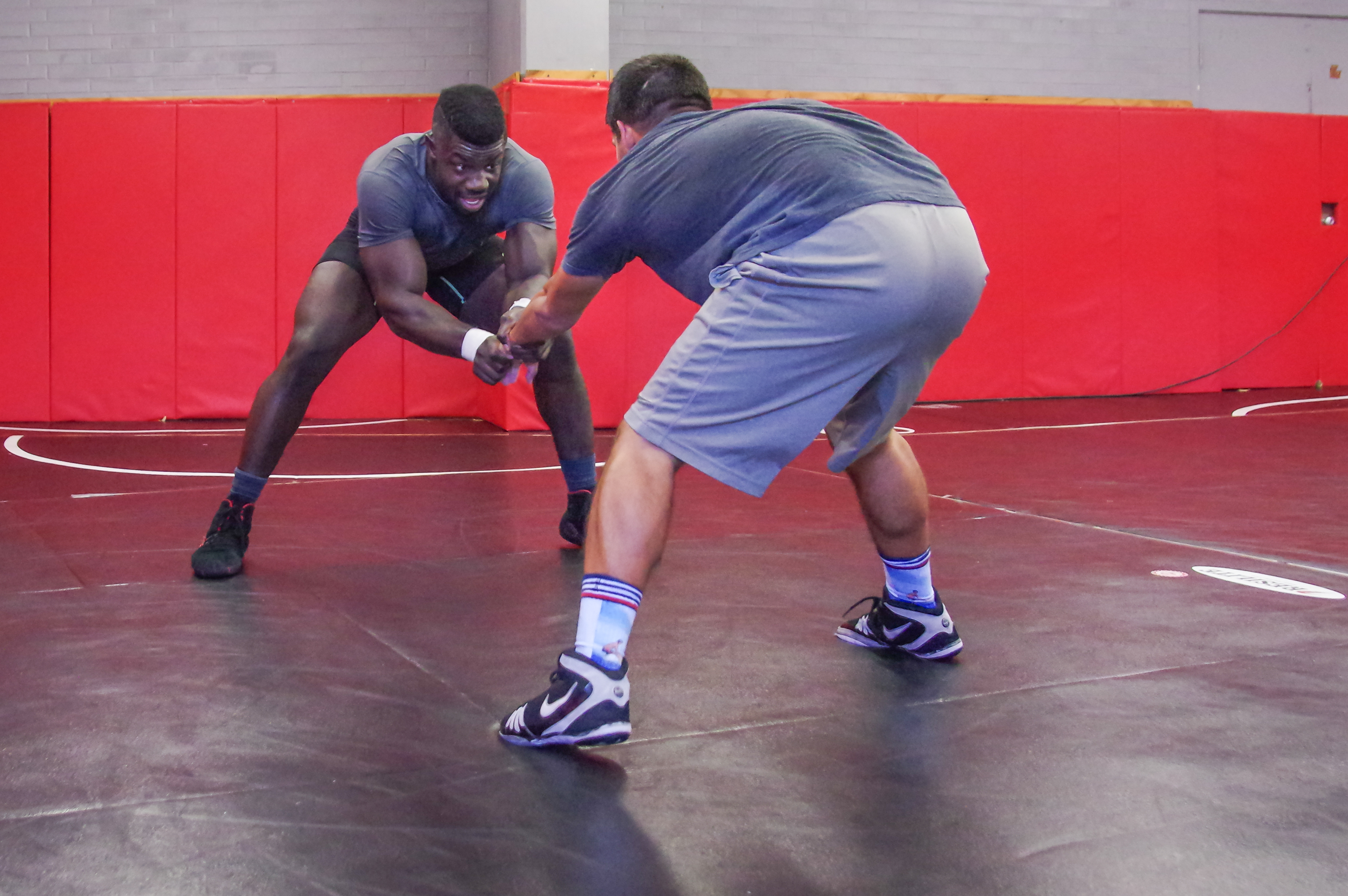 A former Marine and his team captain plan to have a great season wrestling for Palomar.

Kimball says that wrestling is more of a team sport than an individual sport and that you have to rely on your whole team more so than one other wrestler.

Palomar finished fourth in the state last year, but Kimball predicts that Palomar will win the state championship heading into the 2016 season.

Hayes, on the other hand, plans on majoring in fire technology with dreams of becoming a firefighter one day.

Hayes is a hard worker. He spends five days a week at practice that are two hours long and said his “schedule works all around wrestling.” Aside from practice, he spends two extract hours on his own workouts.

Hayes attended Mar Vista High school, where he was part of the track and field team, football and wrestling teams. At Mar Vista, he wrestled for two years. In his senior year, Hayes made it to the Masters, which is the semifinalist round before going to California Interscholastic Federation state finals. After graduating high school, he spent time in the Marines, and his job in the Marines was a field radio operator.

“It does not feel like anything because everything resets and we start a new season,” Hayes said. “The beginning of the season is where we set our goals and that is what i am doing.”

“I knew I could beat him because in last year’s preseason I defeated him, but I was a lot heavier,” Hayes said.