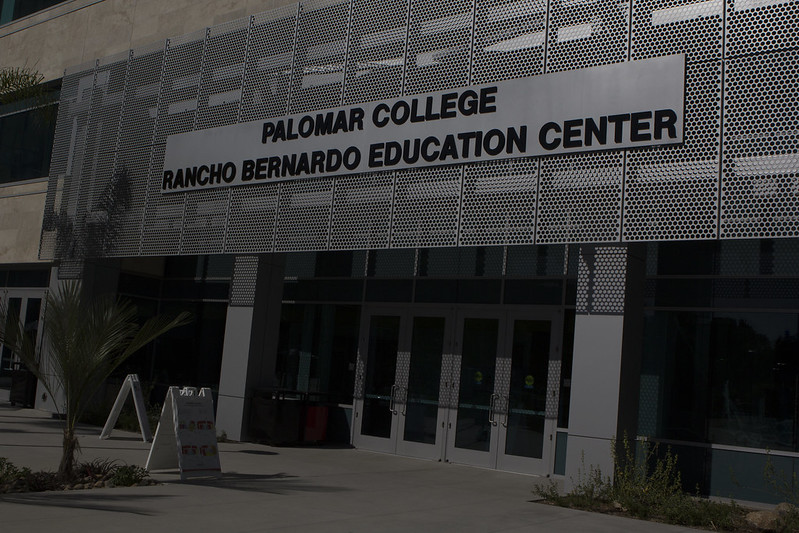 On the corner of Rancho Bernardo Road and Matinal Road sits the site of Palomar Colleges upcoming South Center and the residents of Westwood who are fighting to have their concerns heard.

On July 15 the San Diego City Council filed a lawsuit against the college over inadequacies being met by Rancho Bernardo residents in the college’s environmental impact report released in June. A request to have a second EIP report was made in the lawsuit to better address traffic, parking and environmental concerns.

Like salmon swimming upstream, Rancho Bernardo Road is an uphill battle for travelers along the heavy thoroughfare. An influx of drivers creates a steady stream of vehicles heading towards the surrounding technological park, the sardine packed Rancho Bernardo Transit Station or 4S Ranch, a dense residential community completed in 2014.

Sitting at 11111 Rancho Bernardo Road lies a $33 million investment by the college to better offer services to its students. Assistant Superintendent/ Vice President of Student Services Adrian Gonzales said over email that these services will provide easier access to students to meet their needs and educational goals.

“Without a permanent building in the area, Palomar College has not been able to provide adequate educational access to the students in the southern portion of our district,” Gonzales said.

Westwood is community that lies across from the center and where one resident, Judith Allison, has lived for more than 30 years. Allison is one of the more vocal voices in the community as her property sits at the north-east corner of where the college and community collide.

As the sun falls and twilight gleams into her arctic blue eyes, Allison describes her worries of increased traffic congestion as she stands on the corner of where a designated bus stop for the Poway Unified School District shuttles its middle and high school students.

“We already have a very busy corner here where there’s frequent collisions and one death that I know of that involves people speeding up the road.” Allison said. “In 2004 a driver jumped the side walk, crashed through my fence and through my double row of trees. They could’ve landed in the family room my son and I was sitting in.”

These concerns and of many others in her neighborhood have been heard by their district representative, Councilman Rick Kersey.

“The community has been concerned about this being a potential issue for several years now, ever since the expansion has been announced,” Kersey said.

Allison believes that the only feasible option the college can consider is to create another entrance and exit to ease off the impact of traffic at one entrance and ease the congestion with the two.

“It isn’t just this corner, it’s the whole idea of what its going to be like for students and their safety and their access and the number of hours they’re going to have to sit in traffic,” Allison said.

A court date is scheduled sometime in the 2017, but the college and the city are currently in talks for a settlement. While Gonzales had no comment and left that information to the college’s legal team, Kersey is optimistic that progress will be made and the issue will be resolved.

“There’s obviously some desire, on both sides, to settle so we’ll see what we can come up with,” Kersey said.

While litigation is continuing over the suit, Kersey believes there is an opportunity for his Westwood residents to qualify for a parking district where the streets would become permit parking once the center opens and scenarios play out.

Gonzales believes that the partnership with the city is integral to the success of the college and said the, “college is committed to being a good neighbor in the Rancho Bernardo area and will continue to seek opportunities for residents to share their ideas on how best to address their concerns over the long-term.”