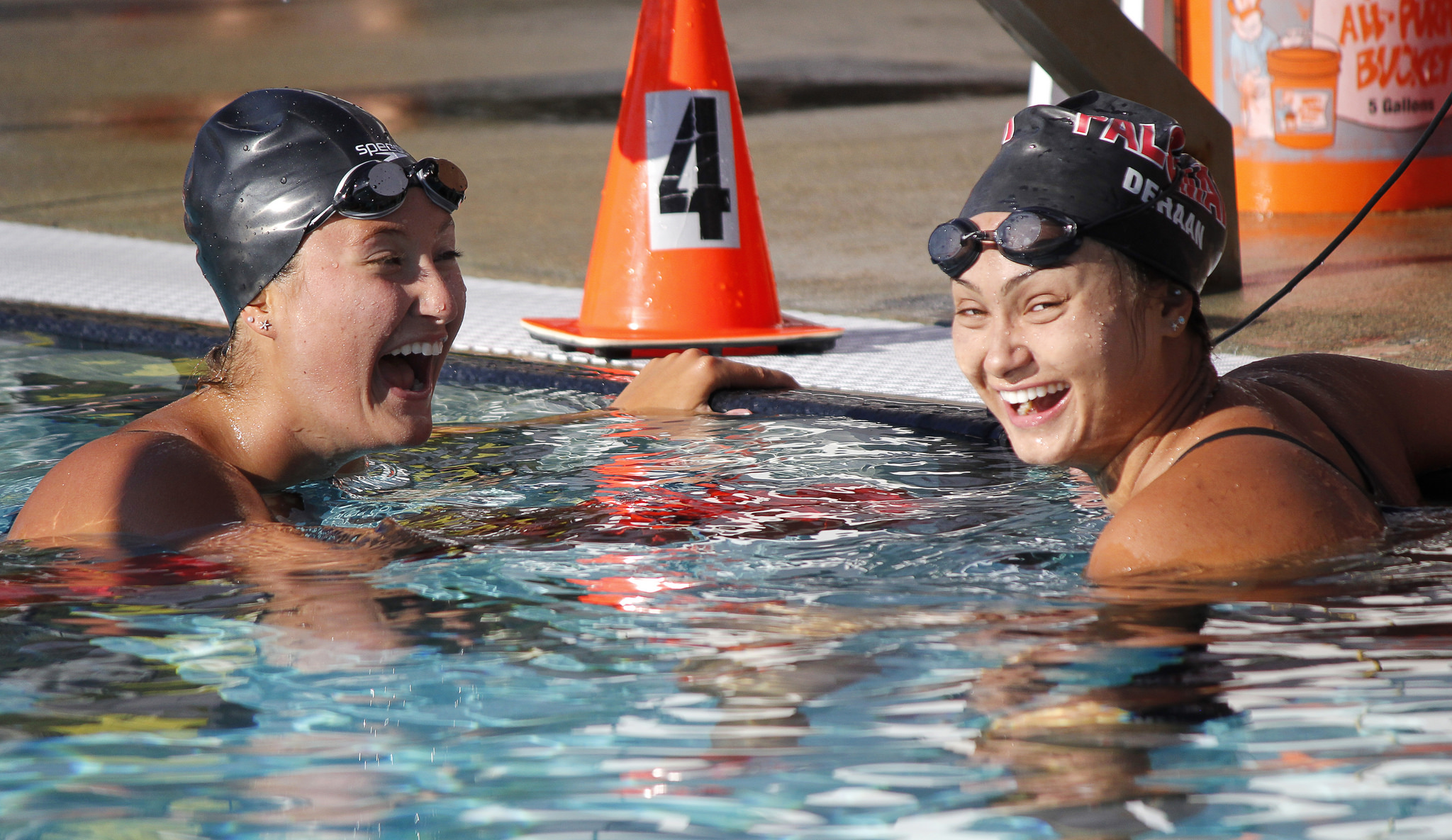 Heroics in the home pool for Comets at PCAC finals

Palomar College hosted the Pacific Coast Athletic Conference swim championships over the weekend of April 21 at the Wallace Memorial Pool.

Palomar’s men took home three second places on day two of the event, where Neal Gorman, Nick Hendricks, Ryan McCauley and Paul Schaner were runners-up in the 200 medley relay in 1:37.18. In the 200 freestyle, Andrew Bertlotti swam a 1:46.78 to finish second, while Gorman finished second in the 200 backstroke with a 54.22.

Day two also saw a record-breaking performance from Jacob, a Palomar freshman from La Costa Canyon High School, who set a meet record by winning the women’s 400-yard individual medley in 4:45.98. Jacob set another meet record on day 3 of the event, swimming 2:11.60 a in the women’s 200-yard backstroke.

“The record was awesome. One of my biggest accomplishments I think of swimming ever,” Jacob said. “Hopefully my name will be up there for awhile.”

The final day of the championship also saw Palomar’s Mundt re-break her own meet record in the women’s 200 butterfly with a time of 2:20.13. Mundt finished just ahead of teammate Morgan Brown in the race, who finished second with a time of 2:22.72.

“I wanted to drop 10 seconds in finals… that was my main goal, but I was happy that I broke the record again,” Mundt said. “Hopefully it’ll stay for another year.”

The Comets next event will be the the final meet of the season as the team heads to Monterey Park at the East Los Angeles College Swim Stadium for the CCCAA State Championships running May 5-7.