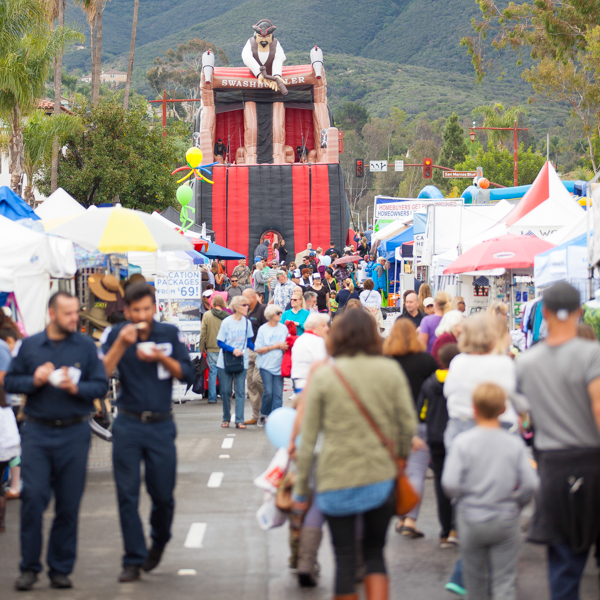 The Street Faire was held down the street of Via Vera Cruz on April 10, open to the public and perfect for a friendly or family outing.

Coordinated by the San Marcos Chamber of Commerce, the festival was intended to showcase vendors around the area and give them the opportunity to meet the community. The crowd were eager to watch dancers, singers, and listen to music as they snaked in between varied booths.

Palomar’s Public affairs office was there as a part of their marketing efforts, giving out the class schedule, answering questions and presenting financial aid opportunities.

With blinged outfits and enthusiasm, Palomar’s dance team engaged the crowd as they performed a routine they’d been preparing for the street faire and to recruit for the fall 2016 semester.

From the Zorb balls, inflatable plastic balls kids and adults can roll around in, to homemade crafts, the Spring Festival continues to circulate small businesses and talent around the area.