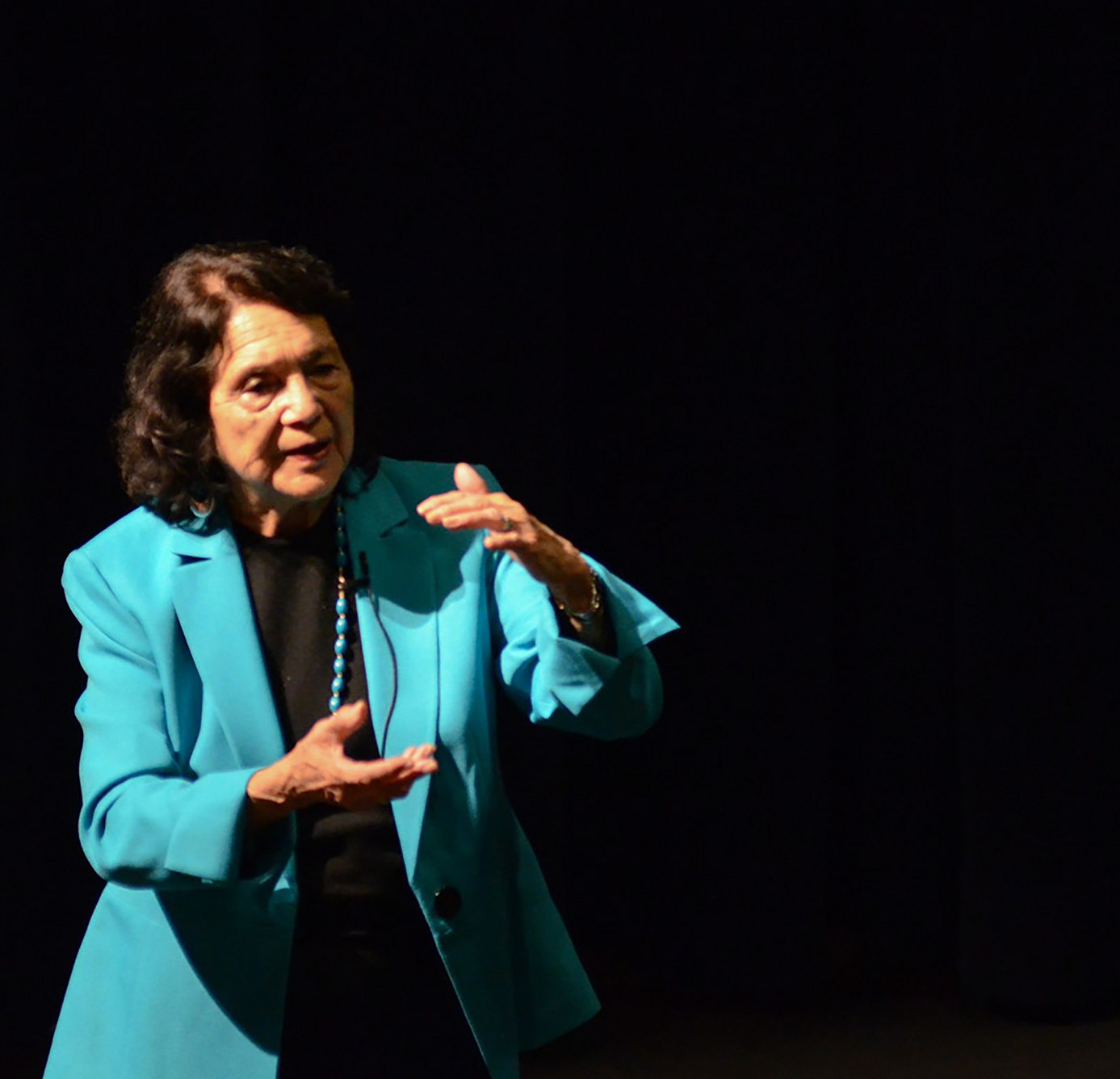 “The power is in their person”

“We’ve got the power!” the audience yelled in response during her talk on equity through education.

Throughout her talk, Huerta urged the audience to get involved, stating that all change must come from the people.

“We do have the power, we are the majority,” Huerta said.

Huerta is distinguished for her work alongside social justice leader Cesar Chavez, organizing California farm workers in the 1950s and 1960s and launching the National Farm Workers Association (NFWA).

She has earned many awards including the Eleanor Roosevelt Human Rights Award in 1998 and the Presidential Medal of Freedom, which was given by President Obama himself in 2012. Huerta was also initiated in the California Hall of Fame in 2013.

Adrian Gonzales, Palomar’s Interim President, referred to Huerta as “absolutely amazing” and was enthusiastic about her visit.

Prior to her career as a civil rights activist, Huerta was a school teacher. She left her teaching job with sights on improving the quality of life for members in her community and outside as well.

The creation of the NFWA was a pivotal moment for farm laborers, who were an underserved demographic due to their social, racial, and economic status. The growth of NFWA initiated contracts with the farm growers, which over time greatly aided the laborers’ working and living conditions, pay, and gave them a voice in the farming industry.

During her speech Huerta spoke about her experiences with Chavez and forming the NFWA. Recalling that they knew they needed to be the catalyst for change; because no one else would.

Huerta added that she does not just mean a formal education. She credits knowing the issues and researching them, as ways to be educated about the issues.

“A lot of young people don’t want to participate. A lot of people think it doesn’t make any difference. It does make a difference,” Huerta said.

Huerta shared a story about how, when asking students if they thought they were capable of holding office, a significantly larger percentage of men thought they could as opposed to women; citing that the men figured they would learn as they go. It is not just a gender difference; socioeconomic status, sexuality, and race are also issues when dealing with inequality.

Huerta added: “We are on the verge of a new movement … what I call the education movement. We have got to change the way that we educate our young men and our young women. And we can make it happen.”

The one thing Huerta wants students to know: “The power is in their person.”