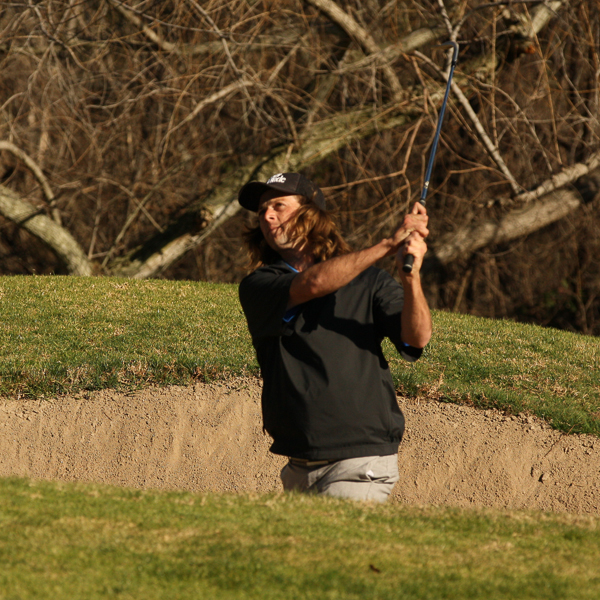 The season has started for the Palomar College men’s golf team, as they look to defend as reigning conference champions.

The team is returning from a strong performance in 2015, where they snatched the Pacific Coast conference title from runner-up College of the Desert, who had previously won the conference in 24 consecutive seasons.

The first tournament of the season was at Los Serranos golf course in Chino Hills, Calif., where the team left with a third-place finish. The two-day event featured 13 top-tier teams, with Santa Barbra City College taking home first place.

On the first day of the tournament, the team fought off harsh conditions with high winds and had a strong finish on the second day, as the conditions bettered. Kelly Cannon, a returning player from Escondido High School, hit a hole-in-one on the ninth hole to keep the team ahead, finishing with a respectable 155 score.

Cannon, a veteran on the team, felt optimistic about the team’s third-place finish.

“I feel like this season is very promising.” Cannon said, “I played two years ago and we only had a few guys and this year I feel like we have eight to 10 that could easily take us to our first goal, which is to win conference, and then make it to state as a team.”

In total, the team is comprised mainly of first-year golfers, with eight out of 12 golfers never before playing in a collegiate tournament.

“We’re going to lean on the guys that have been there before, and then we have to count on some of the freshman to come and to post some good numbers,” Mark Halda said, the team’s head coach for the past six years.

To add to this, Zack Wagner, the team’s star player from their successful 2015 season, transferred as a freshman to the University of San Diego.

Coach Halda is determined to shake off the loss of their key player and focus on their current campaign.

“Zack leaving hurts us a little bit, but it opens the door for somebody else. Our job is to be a stepping stone, to get our players academically and athletically ready to move on to the next level,” Halda said.

Halda also laid out his plan for the team this season, hoping to win the conference title and, again, knock off their competitive conference opponent, College of the Desert.

Mitchell Kwee, a sophomore player, acknowledged the high number of freshman players on team but said, “The only thing that I can really do as a veteran is offer them advice on courses that they’ve never played before, other than that most of them have played in tournaments before, so it’s nothing new to them.”

The team knows how important their next tournament will be and Coach Halda is adamant in stressing the importance of each swing for a successful finish.

“In baseball, you get up there and you get to hit it as many times as you can, and foul it,” Halda said. “In golf, every time you swing at it, it’s a stroke. Whether it’s 300 yards or a two-foot put … everybody here can play, but can you play when the lights are on?”

Men’s golf will be preparing for their next step in the road to a back-to-back conference championship. Their next tournament, the Mt. San Jacinto Invite, begins on Feb. 18.