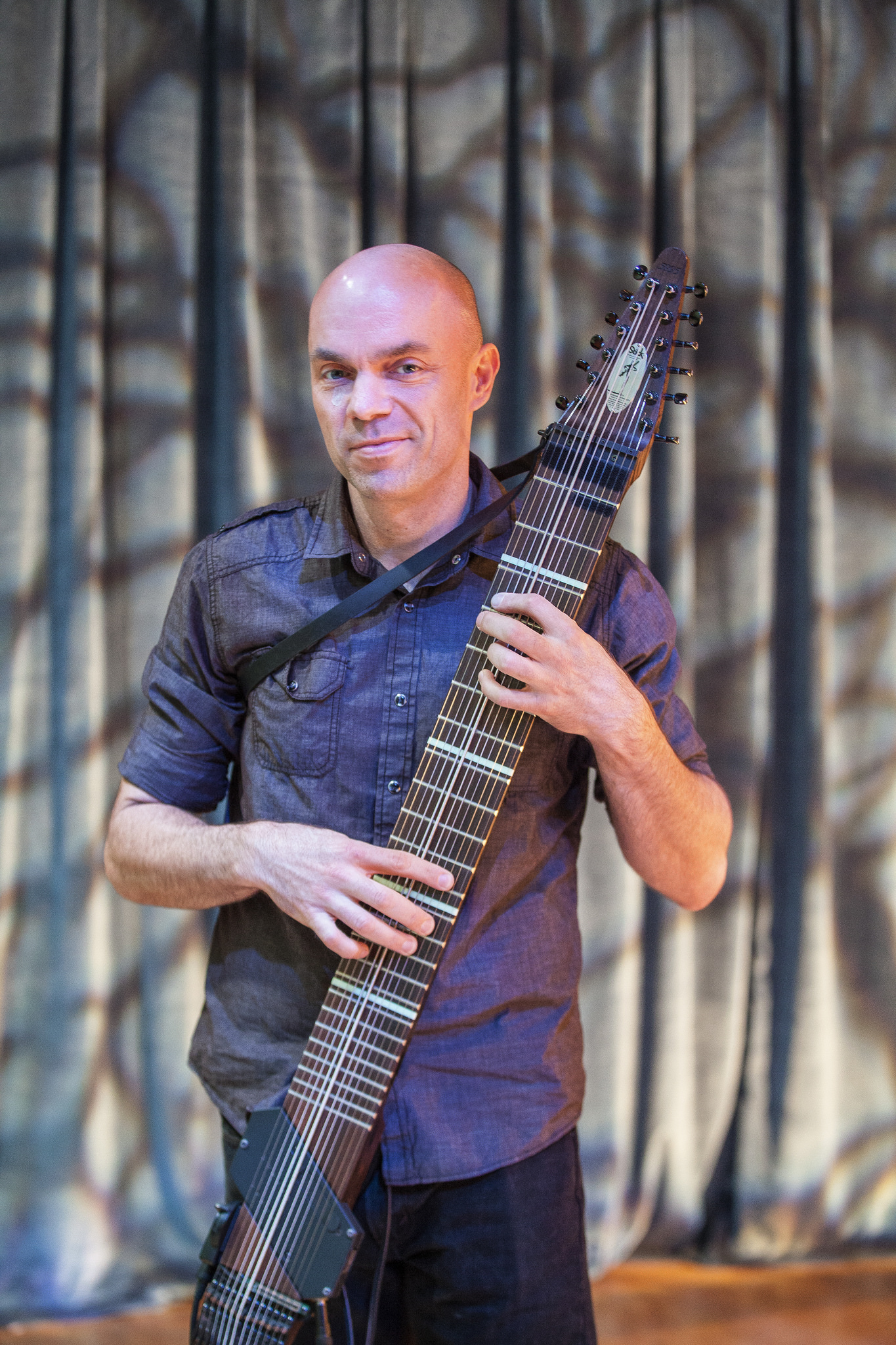 Local Musician Sticks it to Palomar

Is it a guitar? Bass? Violin? Keyboard? Cello? The Chapman stick sounds like all of them.

Tom Griesgraber and his entrancing instrument jumpstart this semester’s Concert Hour season. Concert Hour is a weekly musical performance that is free to the public.

Griesgraber began the performance with a piece called, “Don’t Look Back.” One can instantaneously appreciate the musician’s skills by simply observing his fingers strumming the chords.

The welcoming tune engaged its listeners with an upbeat pace and soulful rhythm. Less electric, and slower, the song that succeeded the opener transitioned smoothly into a softer lull.

After the second piece in his set, Griesgraber covered the famous Beatles song “While my Guitar Gently Weeps,” which impressed his audience with some improvisation.

Griesgraber saved his strongest piece for last with a ballad the artist calls, “War Dance.” This song narrates an 1850s pioneer wagon journey and places listeners in a four-minute ride, along the untreaded lands of the west, sounding electrifying and eeiry at the same time.

In between songs, Griesgraber discussed music theory and answered audience questions. Most of the people who attended his Concert Hour were indeed music students. From curiosity about the Chapman stick, to technical inquiries, the students didn’t hold back.

One last question even prompted him to cover a classical Bach piece. Watching the dialogue between performer and audience, one sees the passion for the art of music from each party.

Griesgraber is considered a virtuoso, someone who knows a lot about and is skillful in music. As a boy he began his music career by playing the piano and guitar. After graduating as one of the top in his class from the Berklee College of Music, Griesgraber started experiment with the Chapman stick.

The instrument consists of 12 strings and a large fretboard. Though others have played the stick before, Griesgraber has undoubtedly taken it to higher levels with his music. He is currently working on about three different projects with other artists.

Publicity and Programs Coordinator, Randy Hoffman, said he found out about Griesgraber by keeping his ear out for musicians in the area to book for Concert Hour.

Hoffman realized Griesgraber was a unique act that he could introduce students to. “This isn’t his first time here. He’s been here a few times in the past,” Hoffman said.

When asked about his affinity to Palomar College, Griesgraber responded, “College students tend get my music a little more, and I enjoy playing for them.”