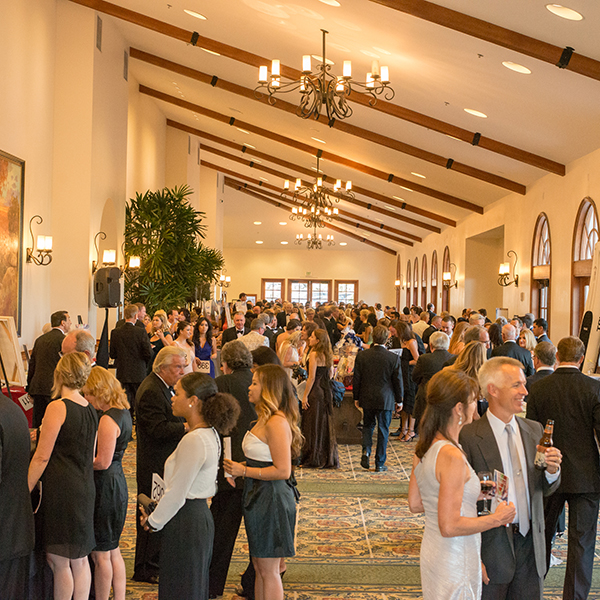 Starting in 1959, Palomar College’s Foundation has been helping the school’s students get the utilities and equipment they need to succeed academically.

This semester, the Foundation has been busy at work organizing and conducting many programs as they continue to grow and expand to further suit the demands of the school’s student body.

The Foundation’s funding goes toward anything from equipment grants to funding the speech team’s international debate trip to China.

They also had their 24th annual fundraising gala earlier in the semester.

The most recent event the Foundation did was Giving Tuesday, a global event taking place on Tuesday, Dec. 1. The event’s purpose is to “celebrate generosity and to give,” according to their website.

“Giving Tuesday is an international phenonmena that we decided to plug into this year, funding for this will support scholarships for students, but most importantly the book fund,” Richard Talmo said. Talmo is the Executive Director of the Foundation.

Students volunteered their time on phone lines all day Tuesday, calling school employees and potential donors looking for pledges of money during the telethon.

The foundation’s goal for the money raised this year was $50,000 total. That money would be put into the book fund like Talmo mentioned above where an estimated $60,000 was given last year to Palomar’s student body.

One of the students that benefitted directly from the book fund, Elisa Lagrimas, was able to provide an account of how her and her daughter (both students) have benefitted from the program.

“Having a degree from the Philippines didn’t really benefit me here in the States. So last year I decided to go back to school and earn a degree here that I can actually use to land a better career. With my daughter being in college as well, it hasn’t been easy. And since I didn’t qualify for any grants because of my past degree, the book voucher that we received from the Palomar Foundation really helps me and my daughter.”

With over $400 thousand in scholarship donations that will be given out over the next year, the Foundation and its five members have their agendas filled out.

“We’re pretty much in a fundraising mode from January through December and continually soliciting and trying to figure out how we can separate ourselves from different corporations.” Talmo said.

Not immune to suffering through the economy and its dips and rises, the Foundation had been affected by the most recent recession. From 2008 to 2010, with a sputtering economy, the endowment lost a lot of growth potential, having 307,800 to donate in 2013 and only 116,664 in 2012.

With the ever-changing economic climate, the Foundation has more recently chosen to alter their approach to fundraising and seeking donors to not be as suspecitble to the economy.

With all the new construction taking place on campus over the past few years and the new buildings rising up each semester, the possibility of selling off naming rights to local companies has become a new venture to pursue. The idea of having corporate-sponsored places on campus is a relatively new and uncommon sight for community colleges, but the idea is something that Talmo and his staff have looked to be a trendsetter on.

Palomar being a reputable name and organization in the area for the past 60 years does help them when they are at the negotiating table with these companies, but they are vying for donations against other local organizations, such as CSUSM.

“CSUSM has a much larger development team than ours at Palomar College. We do have very similar practices as it relates to annual giving and major gifts. They just have more feet on the street,” Assistant Director Debbie King said.

Looking across the freeway at Cal State San Marcos and their success with selling the naming rights to their business administration hall to beer maker Markstein gives an example of one of these agreements.

Last year, a corporation was possibly interested into the naming rights of the Student Union, but a number agreement for the purchase could not be agreed upon between ASG and the company.

A $10,000 donation from SDGE was most recently made to Palomar’s veterans program which was followed up shortly after by a similar $50,000 donation by Wells Fargo to help enable the startup of Palomar’s Veteran-Focused Career Opportunities Program (VFCOP)

“If Wells Fargo, over a 3 month period is willing to give us $60,000 then we’re probably in good position to get other like companies or individuals to support us at a higher level,” Talmo said.