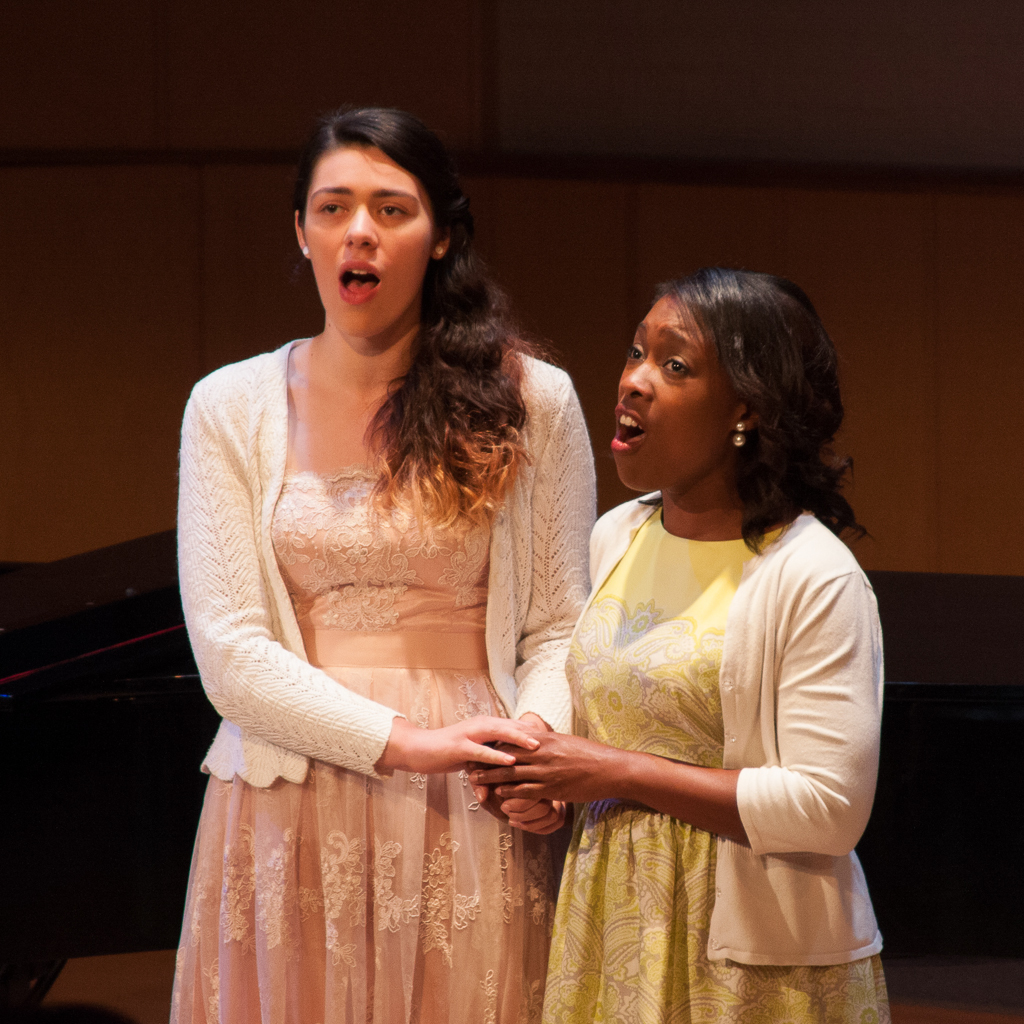 The sopranos sang a dream, the playful piccolo played, and the band jazzed on Thursday, Dec. 3, during the Palomar Music Department’s fall Honors Recital.

The recital, which took place as part of the Performing Arts’ Concert Hour series, featured a select group students who are currently enrolled in the honors program.

“It’s a class [where all] the students who are taking private music lessons come together and then make that transfer between that personal, private work that we do in the practice room to the public venue of the stage,” according to Ellen Weller, head of the Palomar music department as well as instructor to a number of these students.

“I am so proud of the work that all of our performers have taken on this particular semester,” she added, “It is a very structured curriculum… and it is a four-semester process. These particular [students] represent the entire class, they are all in their fourth semester and we’re sorry to see them go but we’re excited to watch them take leave and fly out into the greater world.”

After a short welcome and introduction by Weller, the student performers took to the stage one-by-one, each ready to showcase a carefully prepared piece chosen by each performer for different, often personal reasons.

“I chose this piece, not only because I goes really interesting places musically, but also because of the incredible emotional meaning it has for me,” said trumpet player, Maddee MacLeod, as she introduced her piece, an excerpt from Concerto for Trumpet and Piano, a composition at times melancholic yet powerful.

The program, featuring a repertoire as varied as the instruments represented, thus treated the audience to a range of emotions.

The song is about “the embarrassment [that results from] loving someone who doesn’t love you back,” he explained.

The final performance of the recital was by a jazz quartet (electric guitar, contrabass, alto saxophone, and drums) which played a piece with a rhythm that could felt on the feet of nearly every person in the house.

At the end of the recital, all of the performers went on stage and bowed to the applause and even some standing ovations from the audience, which included the performers’ families and instructors, as well as local patrons of the arts department.

“I’m very proud,” said Emma Harrington, mother of performer, Emily Harrington (flute), who was present along with Harrington’s sister, aunt, and uncle. “They chose her [to perform], it’s an honor.”

Other supporters of the performers shared the sentiment. Debbie Burns, mother of performer, Nate Burns, said, “I feel like this is a good stepping stone, Palomar really prepares them.”