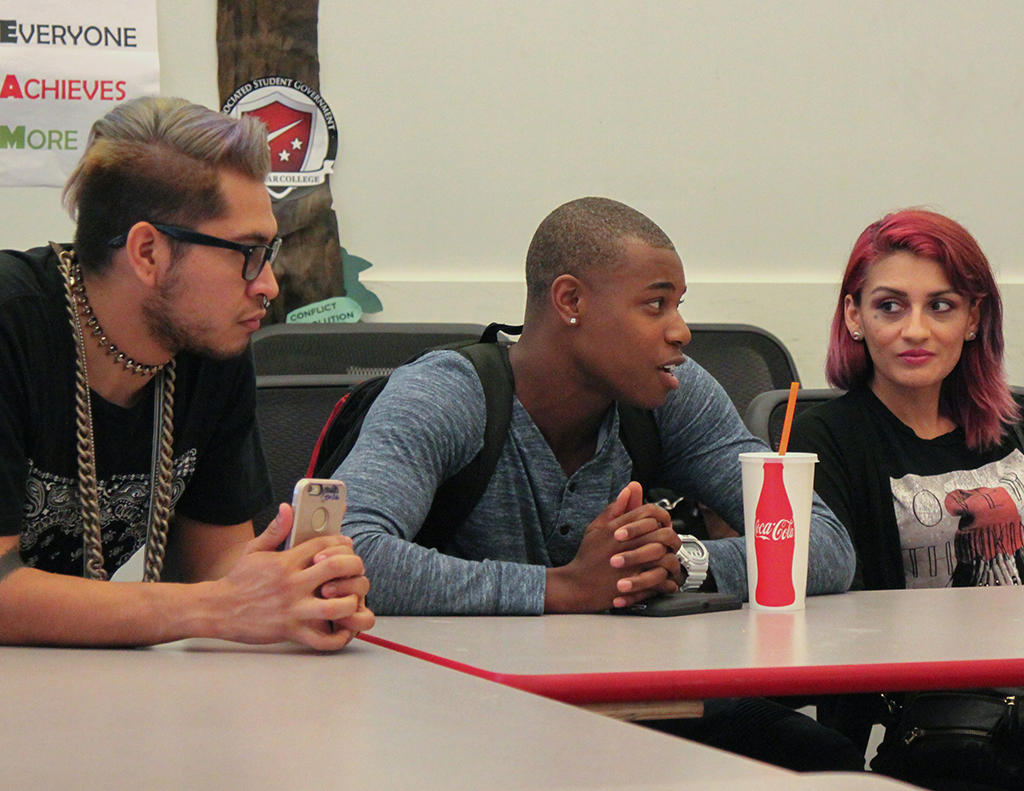 The LGBTQA club is back and looking to support an active and expanding community.

After being inactive for a year, the LGBTQA and Alliance club had its first meeting this semester on Sept. 14 to discuss the goals they would like to achieve.

Some of these include raising awareness on campus and making their presence known to students.

About 20 Palomar students showed up to the meeting to introduce themselves.

A majority of the meeting focused on the club’s purpose and potential name change for the club in the interest of remaining inclusive to all gender identities and sexualities.

The current acronym stands for Lesbian, Gay, Bisexual, Transgender, Questioning, and Asexual. The LGBTQA club was once referred to as the “alphabet club,” because many identities are constantly being added to the acronym.

Leaders say they want to choose a name that represents and supports emerging identities.

Peter Bowman, a political science professor on campus and faculty club adviser, said he believes that having an LGBTQA club on campus is essential for younger people to have awareness, social and political activism.

“A club like this can expose the student body at Palomar. There’s still a lot of homophobia, and this club can be a force to continue pushing momentum,” Bowman said.

Secretary Riley J. Gibson said he would like to see the club become active again and raise awareness by promoting outreach.

“I’m looking to connect with centers at other colleges and would like to see an LGBQTA history class,” Gibson said.

Dylan McTighe, a treasurer for the club, said that they were in hiatus for a year because the club didn’t have the cabinet to make it work. The current club leaders this year are committed to making the community more active than ever through social events both on and off-campus.

Casey Williams, a 21-year-old Palomar student majoring in neuroscience and physiology hangs out at the Pride Center located in the ST building, and said he has met a couple of club members there even before attending the first club meeting.

Williams talked about how having an active mind is important and how presence can change how students are treated by faculty and other students.

“I want to improve LGBQTA in North County because it’s significantly weaker than in San Diego. The amount of effort we put into this club is the amount we will get back in the Palomar institution,” Williams said.

Some of the upcoming events discussed during the meeting were Pride by the Beach, which will be held on Oct. 10 on Oceanside beach near the pier. Also a Trans Day of Remembrance will take place in November to foster awareness and support for the trans community.

More information about these social events will be discussed in upcoming meetings.

The club meets Mondays from 2 to 3 p.m. in room SU-204 (upstairs behind the cafeteria). Everyone is welcome to attend.