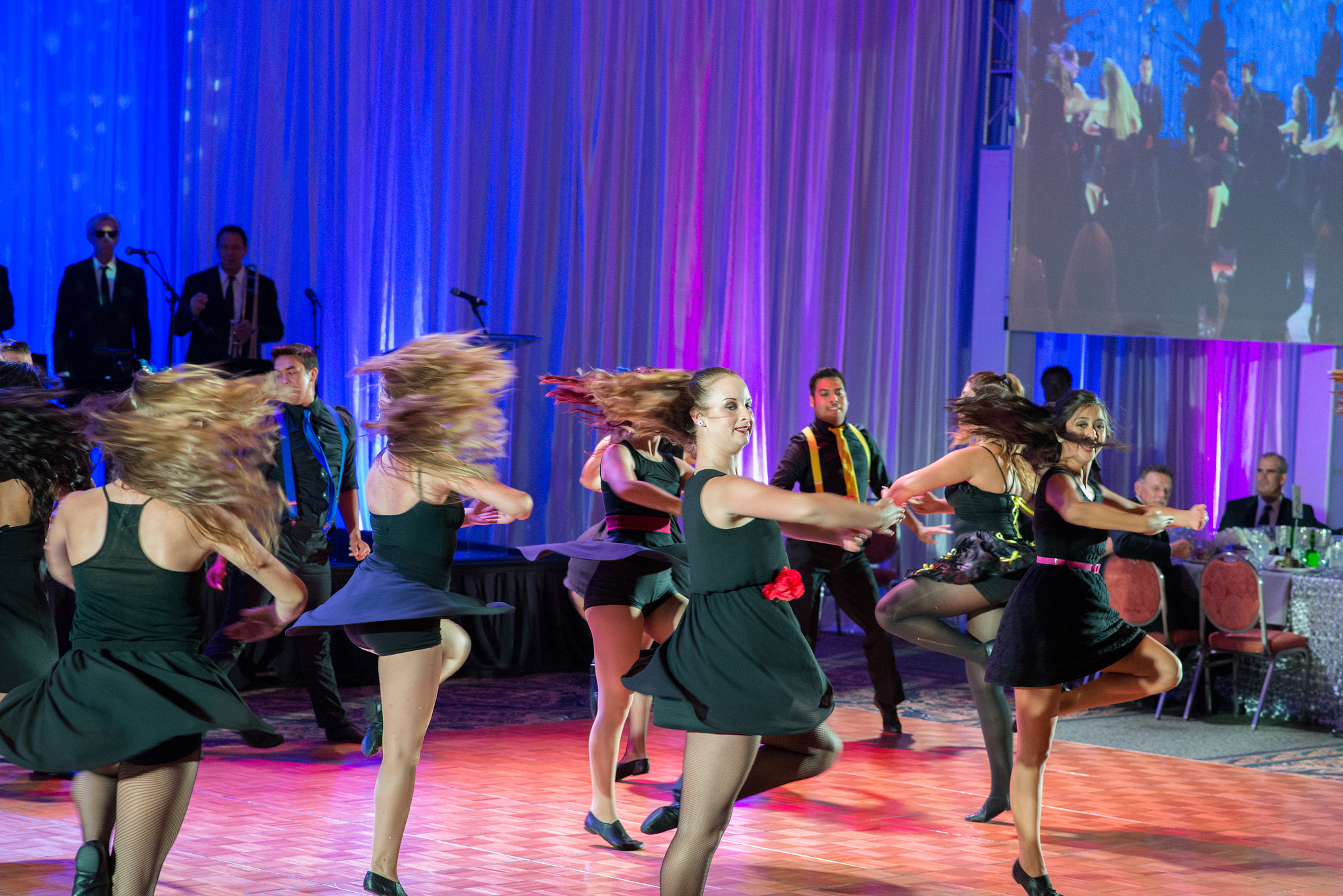 The goal of the event was to “raise a ton of money,” according to Associated Student Government senator Thomas Hinch. The money, raised by bids in a silent auction, goes toward scholarships and other financial aid programs for Palomar College.

Emmanuel Young, a Palomar graduate and one of the members of Palomar Encore, who performed at the gala, spoke on the value of higher education and the money being raised at the gala.

“Degrees are getting more expensive and I think it’s so great that Palomar wants to financially equip students with what they need to succeed in what they want to do. Something as fickle as money shouldn’t stop you from doing what you were made to do,” he said.

“This is a great annual event we do, it raises scholarship dollars, it gives us money for the book fund, and we get a lot of great community support,” President Gonzales said.

The winner of the gala’s annual Comet Award — which recognizes individuals who have contributed to Palomar and higher education — was Taylormade CEO Mark King.

After taking the podium for his acceptance speech and thanking the foundation as well as the faculty at Palomar, King recounted his experience with Mark Eldridge and the creation of Palomar’s women’s golf team.

“We didn’t have a women’s golf program at Palomar and within a few years Mark (Eldridge) and the women’s team won the state tournament representing Palomar college, which was an incredible accomplishment. From that moment on I was hooked on Palomar College,” King said.

Congressman and previous Comet award winner Darrell Issa spoke at the gala about how Palomar provides inspiration and opportunity for its students to succeed.

The director of the Palomar foundation Richard Talmo looked back on how far the President’s Associates Annual Gala has come.

“It just amazes me that it’s carried on so long and been successful and I know from talking with the original founders that first year they were hoping not to lose money. That was back in 1991 and they raised $15,000, now we’re hoping to raise a quarter of a million.”