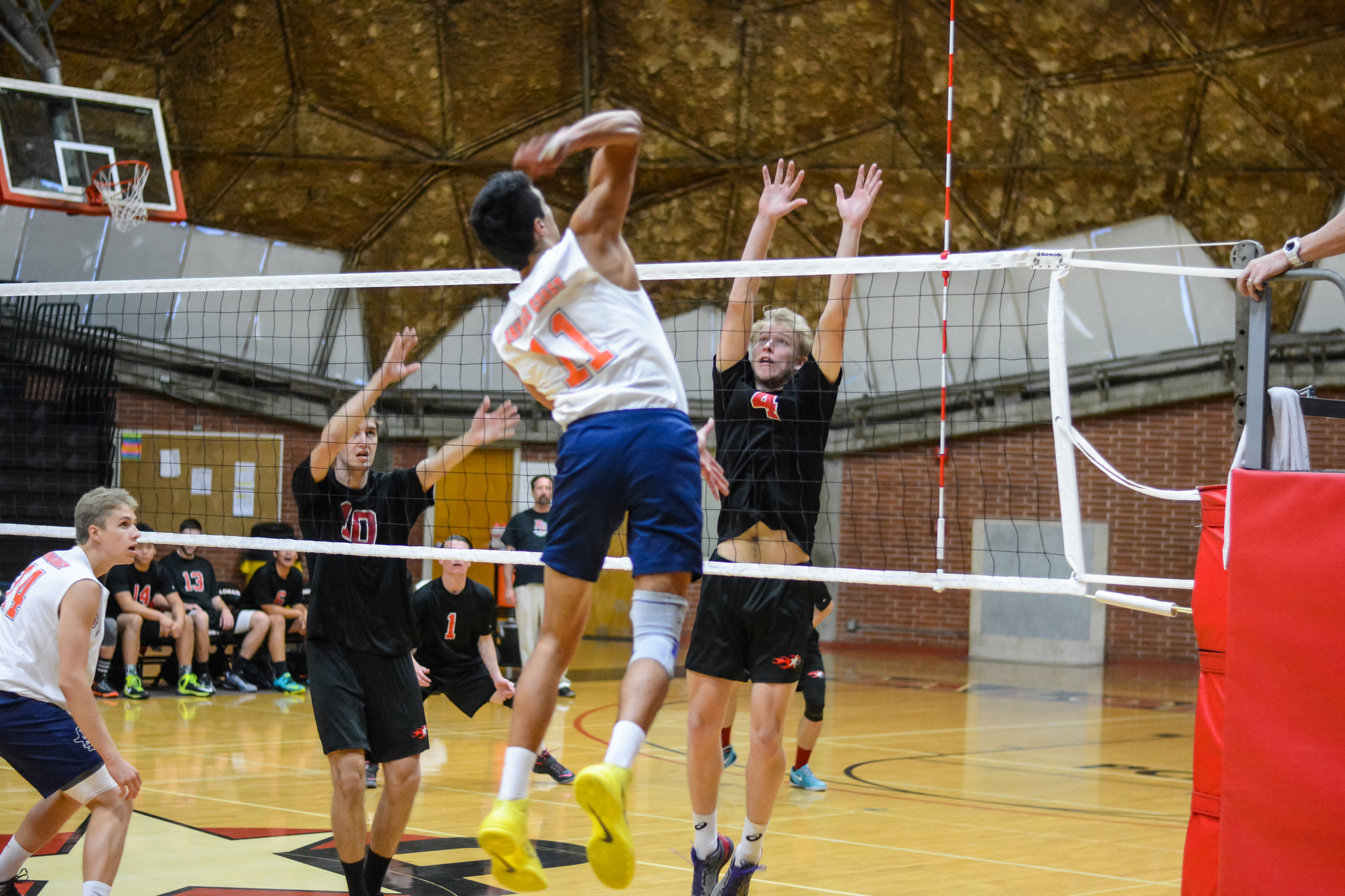 With both the 2013 and 2014 California Community College Athletic Association champs on their schedule, one could forgive the Palomar men’s volleyball team for wanting to cave in and bomb the season.

But if there was one word that defined this year’s squad; it was determination.

Guided by longtime coach Bjorn Dahl and sophomore team captain Kyle Bass, the Comets finished the season 8-9, with a 5-8 record in the Pacific Coast Athletic Conference. The conference record is impressive, considering that the PCAC is home to three of the last four state champions in Orange Coast, Irvine Valley and Golden West.

Bass, who sat out last season after playing his freshman year in 2013, led the team with 3.28 kills per set; which was good enough for 11th in the state. He also finished in 11th in overall kills with 200. Freshman Eric Reider, from nearby Mission HIlls High School, finished fourth in the state with a hitting percentage of .423.