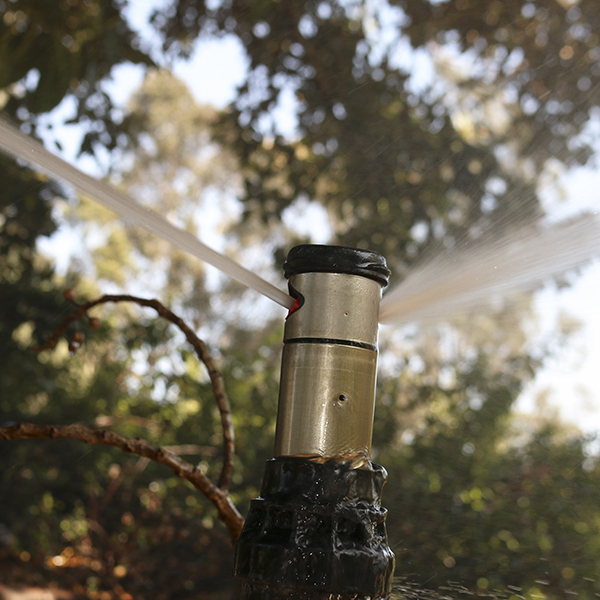 How Palomar College is conserving water on campus

California is suffering through an extreme drought which is why Gov. Jerry Brown imposed mandatory water restrictions. This includes not only residential and commercial, but school campuses as well.

Palomar College officials say they are adhering to the restrictions and conserving water on campus as best they can.

Although the most recent restrictions were not announced until April 1, Palomar has been implementing ways to conserve water since Spring 2014, according to Facilities Director Chris Miller.

The college uses around 40,000 units of water per year, Miller said. According to the Vallecitos Water District, the company Palomar goes through in San Marcos for its water services, one unit of water is 100 cubic feet or 748 gallons.

Miller said irrigation is where Palomar can do more in reducing water use. He said Palomar doesn’t waste much drinking water or water for flushing toilets.

What Palomar is doing to reduce its water use:

• Dropped irrigation run times to three times a week except from November to May only once per week.

• Replaced old sprinklers with newer technology that saves water better. Older style, rotary sprinklers that haven’t been replaced yet use a half gallon of water per minute. Miller said they only run these for 10 minutes.

• Looking into replacing less-used lawns for synthetic turf. The grass between the HS and MD buildings has already been replaced.

A big challenge for conserving water is the Arboretum and all the construction on campus, Miller said.

Construction takes a lot of water and Palomar has a significant amount of construction happening now. A new library, parking structure and athletics complex are all big projects.

Miller said they shut the water off in the south area and because the trees were stressed out they ended up being killed by bark beetles.

To lose the trees in the Arboretum “would be a real tragic loss for the community,” Miller said.

One thing that sets Palomar aside is their own water well. The well, located at the south end of campus, accounts for one-third of irrigation water used on campus.

Miller said they are looking into two more wells on campus: one in Lot 12 where the new parking structure will be located and one by the baseball field in the new athletics complex by Lot 9.

“Our goal right now is to do all our irrigating with well water,” Miller said.

He also mentioned the plan is to drill the additional well by Lot 12 before the parking structure is started so it can be used during construction.

Another future option to conserve water on campus is rainwater harvesting. Miller said they plan to implement that method in the area between the TLC and NS buildings, which should be started this year.

During a Governing Board meeting earlier this month Trustee Chadwick asked Ron Perez, vice president of finance and administrative services, if nearby residents were upset about Palomar using well water. He said there haven’t been any complaints from the community.

Miller said he isn’t aware of any other wells nearby and doesn’t think drilling more wells will affect the surrounding area because they will go about 1,000 feet deep.

Miller also said students call in when they notice water is being wasted or a malfunctioning sprinkler. You can contact the facilities department at (760)744-1150 ext. 2629.

Turn to page 8 to read two opposing sides to the mandatory restrictions.

Check the-telescope.com for further updates on this story.