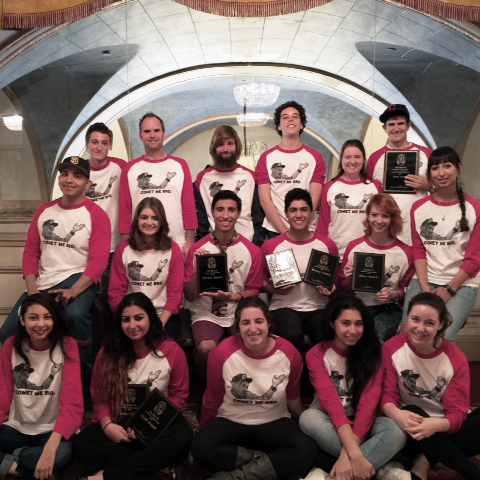 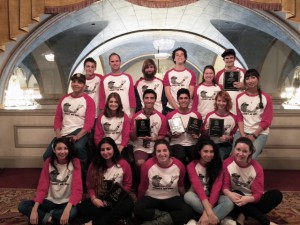 The team took home three bronze medals, one silver medal and one gold medal from the Community College National Tournament in Cleveland, Ohio. Their success earned them a national silver medal overall for the debate, and earned Palomar a spot as the Number 4 in the nation for speech and debate among community colleges.

After a three-hour delay with their flight coming home from Cleveland and landing back in California around midnight on a Monday, those who participated in the national championship have gone through a bit of a whirlwind, they said.

However, the five wins, including one gold, are enough to keep them going. The team is preparing for a “victory lap” circuit as staff adviser and professor Brandan Whearty calls it. They have worked hard for their wins and they are eager to show them off.

The tournament was not without its challenges though. The team had to persevere through unexpected absences and illness.

Whearty could only attend about half of the tournament due to an unexpected family emergency. He flew with the team to Cleveland but had to leave four days into the debate. That did not slow the team down, though, and he was still there for his students. Ever dedicated, he was able to give guidance and coach team members through email and phone calls.

The judging panel at the tournament was the “toughest judging pool in the United States” and was “no holds barred,” as described by Whearty, who was visibly beaming.

“Our goal was top five, not top five perfect,” he continued, obviously proud that despite all the challenges, the team met their goal.

Genevieve Mason, the silver medal winner for her limited prep debate, got sick during her debates and had to drop out of the final two rounds.

“The early rounds are where it matters,” she said, talking about her strategy.

Thanks to her skill and cunning, her scores in the first four rounds were enough for her to finish strong and take home a silver medal.

Monica Eslamian touched on her strategy as well, called “sneaky,” something that Palomar is known for.

“We try to find holes in the resolution and find as many loopholes as we can without being abusive,” she said, adding that the tactic leaves her competitors unprepared and unable to poke holes in her argument.

While this sneaky strategy caused a bit of an uproar, it was enough to send her into the final rounds undefeated and for her to take home the gold in the NFA Lincoln Douglas category.

This tournament marked the end of the speech and debate season and many students find themselves going through “debate withdrawals.” Even after a long nine days together, the sense of camaraderie between team members is palpable.