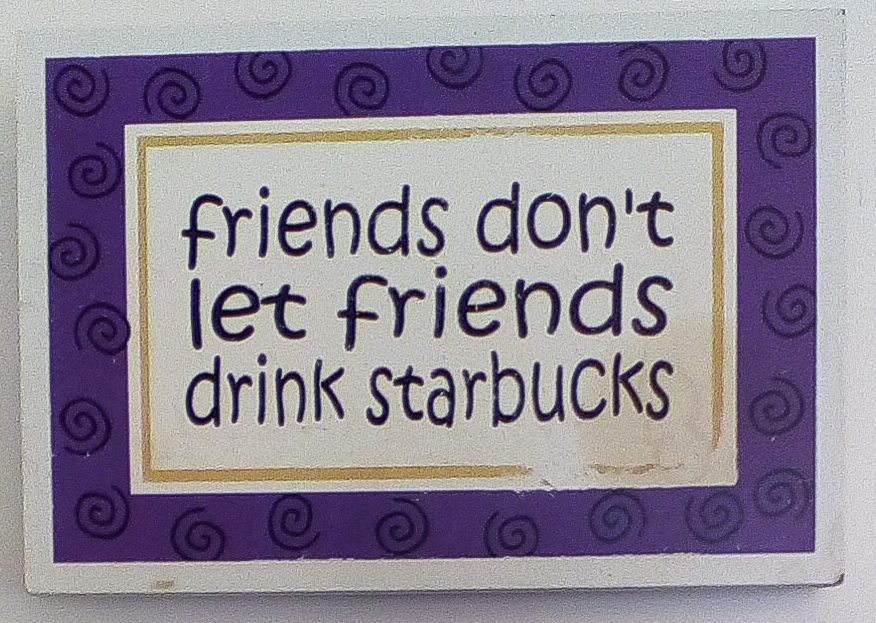 What does Starbucks coffee and Palomar College have in common? Absolutely nothing.

However, according to Palomar’s Facebook page it seems otherwise because they posted a Starbucks photo memes recently about daylight saving time and last year during the holiday season.

This makes no sense because first, there isn’t even a Starbucks on campus. Second, if Palomar is going to throw ads on their Facebook it should be for local companies or ones on campus already. The local community needs the most help, not the big corporations.

Starbucks is such a large business, or should I say vente, or grande or tall? They all mean the same thing anyway. The point is, a powerful business doesn’t need free advertising, especially from a community college, full of young consumers, who live on caffeine. If Palomar is going to post photos of businesses on its social media they should be doing it for small shops around the area.

Local places need as much support from the local community as they can get just to stay afloat. And they compete enough with big corporations. Palomar doesn’t need to add to that competition.

Starbucks makes enough money as it is anyway. The CEO, Howard Shultz, earned $1.5 million in 2014, according to Forbes. Also in 2013 the company made $146 million on just interest alone, according to a January 2014 Bloomberg article.

People need jobs and its important for them to keep them. Starbucks will never go out of business and that’s not the point. The point is if more small, local businesses could survive under the threat of the corporate competition then there could be even more jobs. Corporations smash local competition to pieces and Starbucks grinds them up finer than espresso.

Palomar isn’t anywhere close to supporting local businesses even away from its social media. There is a Jamba Juice, Java City and Subway on campus. The college has a contract with Aramark, one of the largest food and uniform service distributors in the nation.

Palomar should offer local businesses the opportunity to start-up on campus instead of bringing in big companies. How about Palomar even bringing in former alumn who are trying to start a food company in San Marcos? Now that would really be supporting students and the community.

The big corporations may forever reign over our nation, unfortunately. They may seem inescapable, but with sacrificing slight convenience, it is possible to shop local and put that money in the hands of people you come to know.

What makes local shops better than vente-sized businesses is the people who work there and the unique atmosphere. Each small coffee house has a special and usually quirky vibe that you just can’t get at a Starbucks. Local places don’t have to follow corporate rules or move though bureaucratic obstacles to get anything done. Small coffee shops allow the workers to express themselves through their clothing and appearance and allows them the freedom to make friends with the customers and actually have a real conversation with them.

Many coffee houses also have open mic nights as well. This is a great element to be added to a community. It brings customers in and allows performers a chance to shine and be recognized.

Starbucks is consistent in everything it does. The workers, the drinks and the atmosphere. This works for some people, but if you want to experience crawling out of your comfort zone to try something new and talk to funky people then Starbucks is not the place for that.

Palomar needs to do a better job at a supporting local companies, or if nothing at all, then at least support the companies they have on campus.