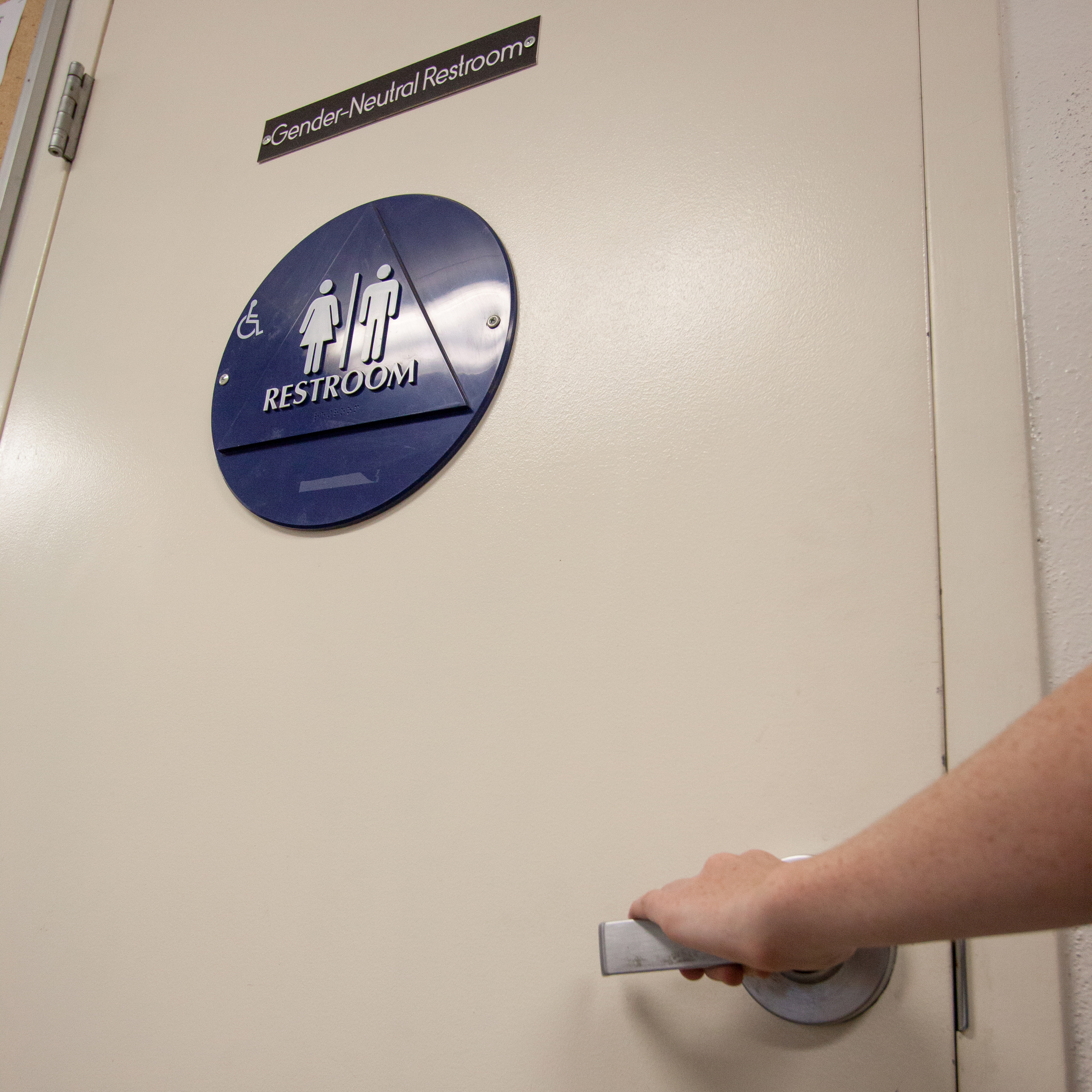 Gender-neutral bathrooms,cause for change on campus

The Associated Student Government unanimously voted on a stance in support of gender-neutral bathrooms across Palomar College campuses and centers and for those in future developments during their March 25 meeting.

A gender-neutral bathroom is a public toilet that people of any gender, or those who don’t associate with a specific gender identity, can occupy.

Palomar College’s Finance and Administrative Services Planning Council (FASPC) will be holding a vote for both a proposal and amendment on gender-neutral bathrooms in the H Building on their March 26 meeting.

According to the ASG March 25 agenda, the initial FASPC proposal is to designate four single-stall bathrooms located on the second and third floor of the H Building near the faculty offices as gender-neutral restrooms. The proposed amendment would advocate for gender-neutral bathrooms in future buildings, but exclude those found in the H Building and keep them gender-specific.

ASG President Mario Gaspar said during their meeting that the main issue was that there isn’t many gender-neutral bathrooms on campus and that a vote needed to be taken by the ASG on their stance of the topic.

There are currently two gender-neutral bathrooms located on campus, the first in the MD Building and the second across from the cashier’s office.

Gaspar continued that he believed Palomar College will resolve the issue by including gender-neutral bathrooms within future campus developments.

“If a student takes a class in the NS building, and needs to use the bathroom, he or she has to run all the way down to the cashiers office to use the gender-neutral bathroom,” Monika Brannick, mathematics professor and co-director of the Pride Center, said. “So we want some that are more accessible.”

Laura Murtagh, a biology student at Palomar, spoke in support of designating the single-stall bathrooms located in the H building as gender-neutral during the ASG meeting and said that they would provide better accessibility for students.

“You don’t have to be transgendered to use these bathrooms; everyone could use these bathrooms. I don’t really support faculty keeping (these restrooms) to themselves when there are so few single-stall bathrooms across campus,” Murtagh said.

Mutagh, along with Kimberly Kuske, a psychology student at Palomar, who was also in attendance, became aware of the proposal and ASG meeting through the Pride Center located on Palomar’s main campus and through Devon Smith, a sociology professor and adviser for the Gender and Women Studies Student Group on campus.

Michael Dentoni, ASG vice president, understanding of the proposed amendment was that the bathrooms are located within a faculty space, therefore it shouldn’t be involved in student issues and designated as gender-neutral bathrooms.

“Its really hard for some people to understand the concept that has been raised for a space available for all. Gender-neutral just means you don’t have to be male or female,“ Titus said in the meeting.

The students in attendance during the meeting were proud of the stance ASG took towards gender-neutral bathrooms.

Kuske has heard accounts from friends from other colleges whose student governments are not as supportive of its students or their opinions.

“I’m very glad that our ASG is in support in hearing what the students have to say and our opinions and supporting us in that,” Kuske said.