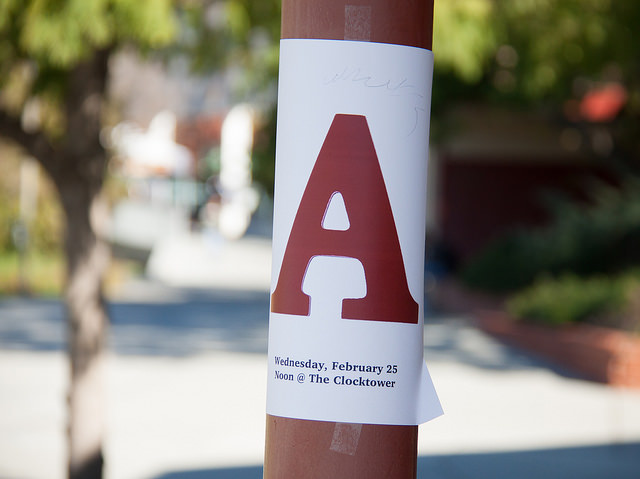 Palomar professors and students rallied Wednesday next to the clock tower to protest and raise awareness of what they called lousy pay and poor working conditions of part-time professors.

A mesh of students and teachers gathered on the grass to listen to speeches in between music from the New Alternative Blues band “The Bawdry Brothers.”

According to a press release from the Palomar Faculty Federation, part-time instructors teach over 50 percent of all community college classes today. Although these professors are highly trained professionals holding the same qualifications and delivering the same instructional services as their full-time colleagues, they receive only 50-60 percent of the financial compensation earned by full-time faculty. As a result, part-time faculty typically teach at multiple institutions, carrying heavier workloads than their full-time peers without offices, benefits, or job security.

Full-time professors for every 3 unit class are required to offer five paid office hours per week to speak with students. Adjunct professors are given one paid office hour for every 3-unit course they instruct. These conditions force professors to teach at multiple locations to earn as much as their full time peers and affects the student’s chances of attaining one on one time, protesters said.

“It really is your educations at risk,” said Christine Moore, co-president of the Palomar Faculty Federation and a part-time history and Chicano studies teacher at Palomar. “That one hour is
an impossible number to work with when you’re teaching three classes.
There was a time I was teaching at six different campuses to make ends
meet. I’m literally running out the door trying to help students, but I
can’t, because I’m trying to get to another campus,” Moore said.

“We need office hours to talk to our professors,” Garcia said.

Critics argued that not enough time with adjunct professors negatively impacts student retention and graduation rates. Over the last six years, the number of students either earning a two-year degree at a California community college or transferring to a four-year institution has fallen by 2.6 percent.

Studies at the Cornell Higher Education Research Institute show that this is a direct result of the inequalities currently existing in the full-time and part-time teaching hierarchy, according to the press release.

Teresa Laughlin, a supporter of National Adjunct Day and an economics teacher at Palomar, added that the number of adjunct professors is dropping.

“The amount of teachers is depleting from 315 last year, and we now have 250. After this year we will be 200,” Laughlin said. Insufficient pay and poor working conditions cause professors to look elsewhere for employment when their current situation does no fulfill their needs, or class drops bump the adjuncts out of work, reserving the classes for full-time professors.

Laughlin directed one last request to the student’s and teachers at the teach-in. “This is a systematic problem, the only way it will be changed is if you change the system,” Laughlin said. ” This is a call to arms for you, we can’t fight for you.”