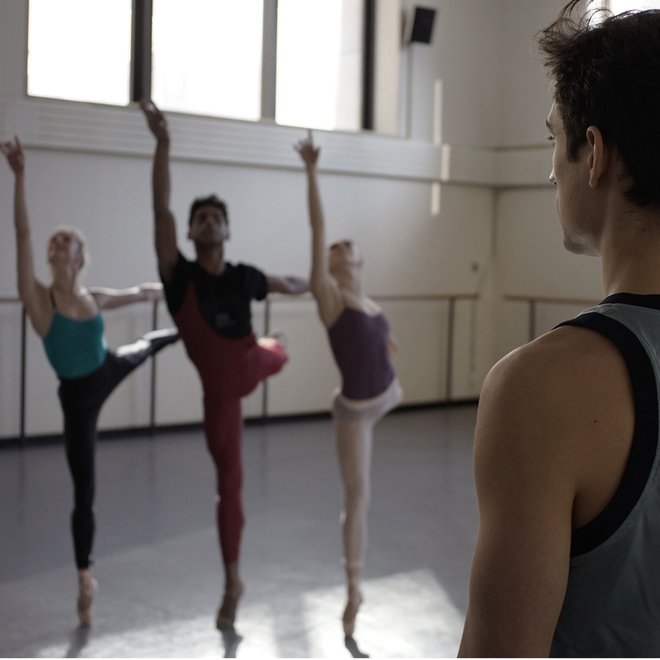 Young choreographer Justin Peck was only given two months to choreograph the 422nd original ballet for the New York City Ballet (NYCB), which premiered during the 2013 winter season.

The result, documentary “Bal- let 422,” takes you behind the scenes from the first rehearsal with NYCB Principal Dancer Tiler Peck to the premiere of the ballet, Paz de la Jolla.

Peck grew up in San Diego and briefly took dance classes at a local studio, San Elijo Dance Academy after which he worked with California Ballet before joining NYCB in 2007. After five sessions of working with an affiliate of NYCB, the New York Cho- reographic Institute, NYCB Ballet Master in Chief Peter Martins asked Peck to expand his work. The result was Year of the Rabbit, Peck’s first ballet choreographed for the company.

Jody Lee Lipes, the Director of Ballet 422, talked to The Telescope about his feelings toward Peck and how the project was conceptualized.

“I’m always looking for ways to get better at filmmaking and what I do and whenever I find another artist … who I really respect I try to learn as much as I can about them and about why they do what they do and how they do it,” Lipes said.

The story of the film is told without narration. When asked about why he made that choice, Lipes said “I don’t know when it became the norm for every documentary to have talking head interviews in them. That was never a requirement in my book and there are a lot of amazing films that don’t do that.”

Peck was 25 when he choreographed Paz de la Jolla, much younger than other famous choreographers. There can be some challenges that arise when talking to your collaborators who are also your elders. Peck said he is still trying to find himself in regards to his new position as choreographer.

When asked why he wanted to go forward with making the film, Lipes said that he felt Peck’s career was going to be really substantial and last a long time. He said it would be interesting to make a film about him before he became really important, before he was branded as a master choreographer, when he was still figuring things out and still unsure of himself in some ways. He also mentioned that it would be interesting to see a movie like that about Jerome Robbins or Balanchine before they became masters at their craft.

Peck was recently named Resident Choreographer, which means that he is under contract to create ballets for NYCB for a year or two, not just on a one-by-one basis.

The film opens at Landmark’s Hillcrest Cinemas on March 13. “Ballet 422” gives you an unprecedented look behind the scenes at one of America’s oldest and most prestigious cultural institutions with one of their shining stars.