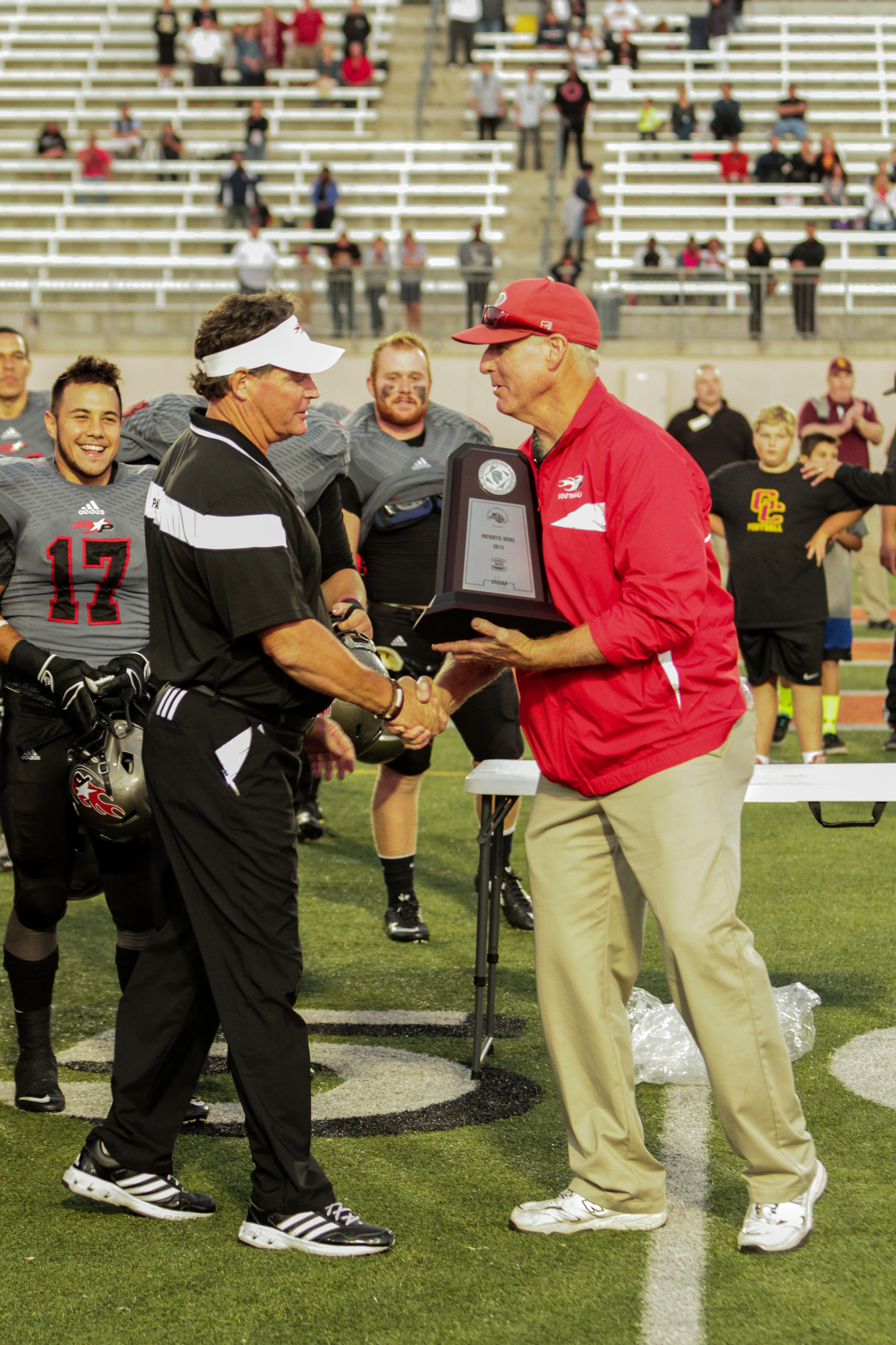 Catching up with Cathcart

As the athletic director of Palomar College, Scott Cathcart keep a watchful eye on every sport, and cares deeply for his student athletes.

When asked about how the athletic program performed this Fall season, Cathcart spoke proudly of the progress each team has made.

“I think we had a good Fall for athletics, better than last year,” Cathcart said while adding, “On the top of that list is our football team.”

The Comets football team, which finished last season at 2-8 (its worst record in 32 years), turned around to finish 7-4 this season, with a win in the Patriotic Bowl over Glendale College.

One of the sports he really looks forward to seeing this winter season is women’s basketball.

“Our women’s team just won their first tournament since Head Coach Leigh Marshall took over, and we’re excited about their prospects,” Cathcart said.

Even though the Fall season turned out well for most of the sports, Cathcart said he is looking forward to the future of Palomar’s athletic program. Most importantly, the addition of sand volleyball to the program, which now levels the playing field at 11 teams each for men’s and women’s sports for the first time in the school’s history.

“It’s been a lot of growth and a lot of progress,” Cathcart said.

The sand volleyball, which starts its first season in Spring 2015, will be playing its home games on its new court, which is part of the new Kinesiology Complex that is currently in the process of being built. Though the sand volleyball court and baseball field are scheduled to be completed by the end of the Spring 2015 season, the entire project is set for a Fall 2020 completion.

“For a program that, for a long time, has been waiting for facilities that are functional and meet the scope and quality of our athletic program, we’re tremendously excited to have those in the planning stages,” Cathcart said. “We’re really excited that at long last we’re going to be able to play football games on campus.”

When asked about how he feels the new complex is going to benefit Palomar, Cathcart was frank.

“To be honest, currently, when you look at our facilities now … it’s a step down for the high school students that are coming from our regional high schools,” Cathcart said.

He is hoping that the new Kinesiology Complex will draw more prospective athletes to Palomar for years to come.

“We’re looking forward to being a destination for those students rather than a second thought or fallback position, and that’ll put us in a great place to get there,” Cathcart said.