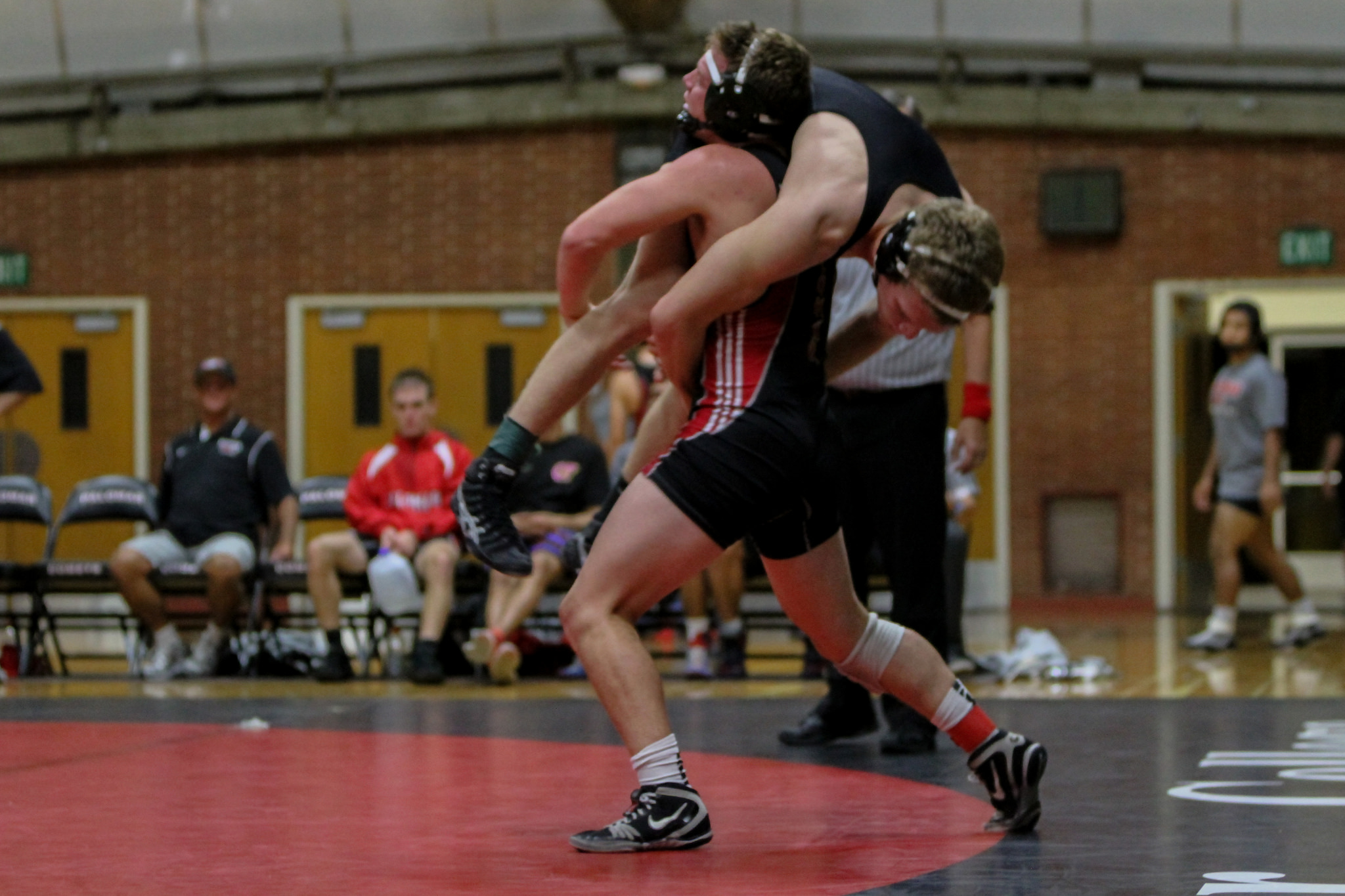 Palomar College’s Wrestling team continued their great season with an overall victory at the Meathead Movers Invitational tournament held at Cuesta College on Saturday, Oct. 25. With three wrestlers winning their weight divisions, it was the Comet’s fourth win in a row.

Alex Graves again went undefeated and remains No. 1 in state rankings with a 16-0 record. Going up and down weight divisions from 174-184 lbs. the freshman from San Marcos High School has been a dominating grappler all season.

The team now ranks seventh in the state also thanks to the performances of Cody Doyle and Erik Collin. Doyle won his 157 lb. weight class defeating his Mt. Sac opponent in the final. Collin actually had to go up against his own teammate, Peter Donchev, in the final of his 165 lb. division and won in what must’ve been a familiar matchup given all their time in practice.

The Comet’s next wrestle Wednesday, Nov. 5 vs. Cerritos College at the Dome