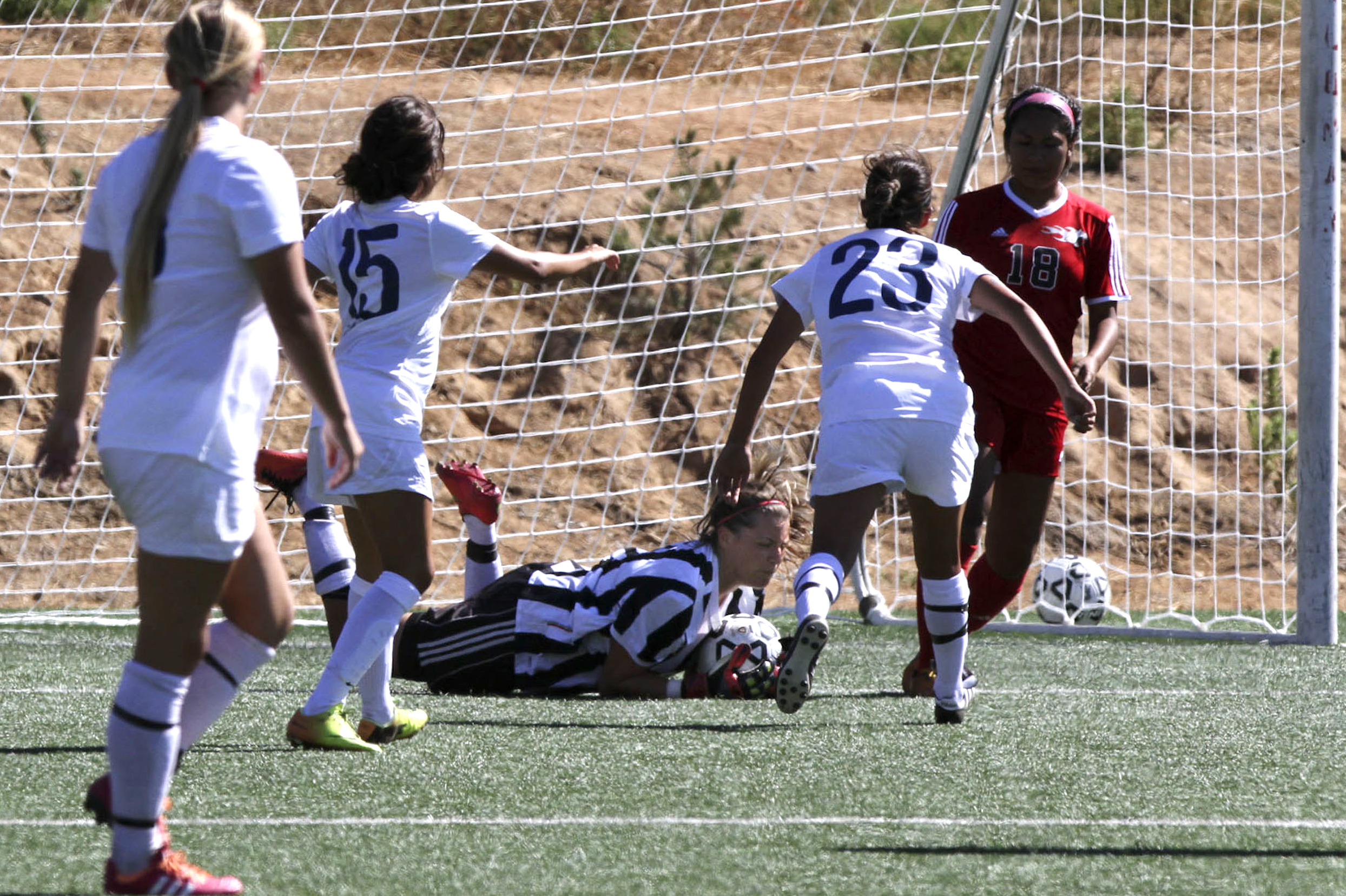 Palomar’s women’s soccer team has made a comeback this season with the addition of freshman goalkeeper Valentina Zito.

In the first game of the season, Zito, 20, shut out Irvine Valley, resulting in a 0-0 tie. She had 13 saves and blocked a penalty kick in the 31st minute. Since the first game, Zito has recorded five shutouts for the Comets, along with 87 saves.

Head Coach Hector Hernandez said that Zito’s strengths are her skill, experience and most importantly, her height. At 5 feet and 9 inches tall, she has a big advantage over most of her opponents when it comes to shot blocking.

“You always see teams trying to hit the ball over her head and … it’s very rare that she’s allowed a ball that goes over her head … a lot of teams like to take shots from outside, and we feel pretty comfortable that she can handle those shots,” Hernandez said.

Crone described Zito as a leader for the team. She cited Zito’s sportsmanship and positive attitude as two of her most notable qualities.

“All the girls look up to her and .. .she controls the field when we’re playing, so she’s a really important factor on our team,”Crone said.

The Comets made a turnaround after a discouraging 2013 season. They had six victories, three of which were consecutive, before they were defeated 1-0 by Southwestern College on Oct. 10.

Both Hernandez and Crone said the team’s success is largely due to Zito’s performance on the field.

“She stops some really good goals and she’s put us through in a lot of big games,” Crone said.

Zito identified her father, who is an avid Italian soccer fan, as an important inspiration in her life. She said that he introduced her to soccer when she was 4 or 5 years old and she has been playing ever since.

“(I have the same) love for soccer as he does, so that just grew as I got older,” Zito said.

Zito and her parents moved to California from New Jersey about a year and a half ago. Having grown up in a small town, she knew everyone on her traveling and school soccer teams well. She said that moving across the country and establishing relationships with her new teammates is one of the biggest challenges that she has faced.

“Getting a new chemistry with the girls (was) definitely hard,” Zito said.

“Now we have … great chemistry, so it worked out,” she added.

When asked about her future plans, Zito’s confidence and passion for the sport shone through in her response.

“I would love to go pro if I have the opportunity. I definitely want to play in college,” she said.

The Comets will face Mt. San Jacinto for their next game on Oct. 31 at Minkoff Field.