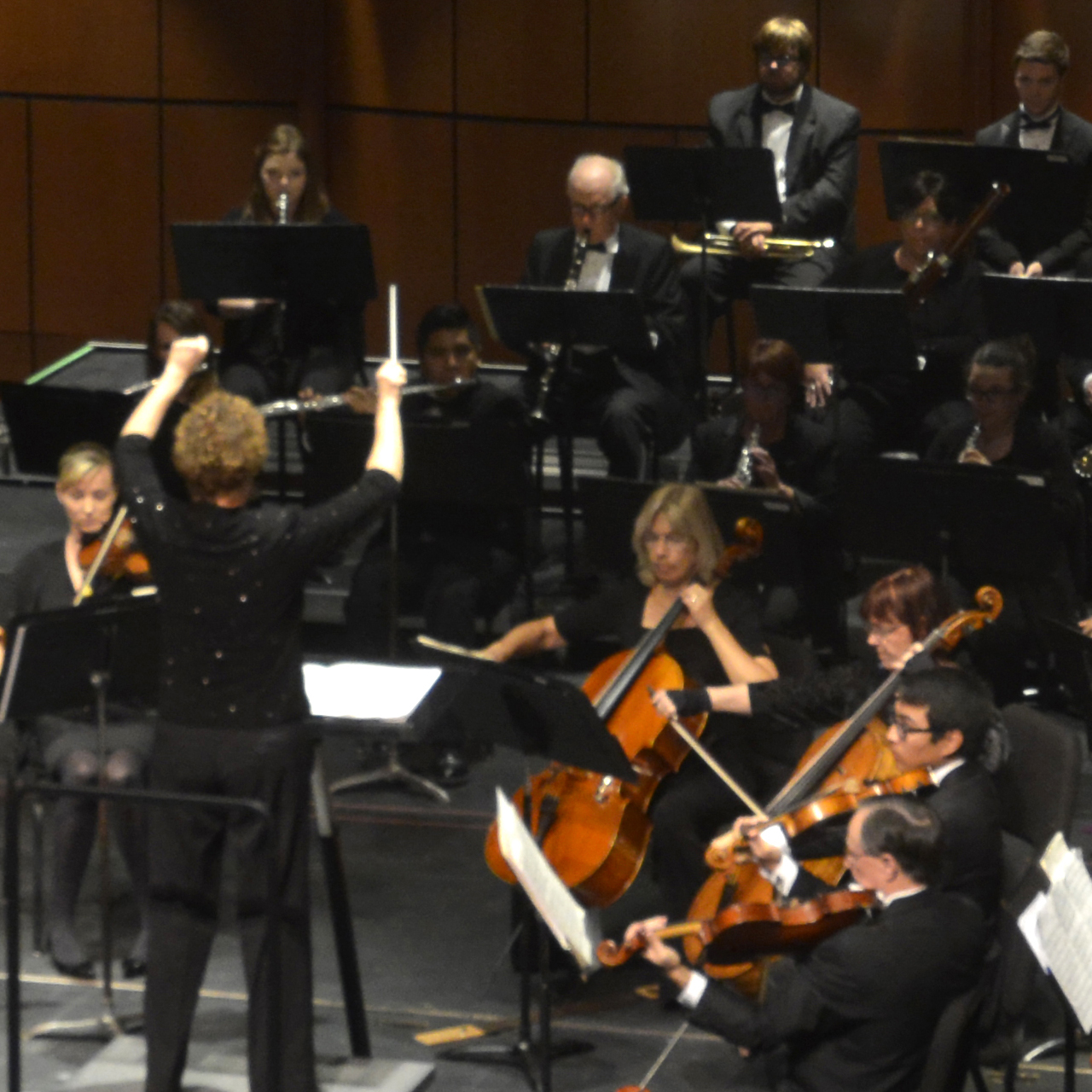 A symphony that was inspired by the current drought that has gripped California and the rest of the Southwest performed at Palomar College.

The symphony, dubbed Water Music I: The Flow of Ideas, performed on Oct. 10 and Oct. 11 at the Howard Brubeck Theatre. Ellen Weller, a professor of world music for 10 years and a conductor for Palomar’s Symphony Orchestra for five years directed Water Music, which consisted of students from Palomar.

The symphony included pieces from famous composers such as George Handel, Felix Mendelssohn and Joseph Haydn, who were all inspired by the idea of water.

The symphony opened with Handel’s “Water Music Suite,” then it continued with Mendelssohn’s “The Hebrides” and it concluded with Haydn’s “Symphony No. 104,” otherwise known as “London.”

Weller said the she picked these artists because of her concerns with water pollution, climate change and California’s drought.

Morgan Post, 16, said that the performance was “incredibly interesting,” and said that she would like to come back to see more performances.

Post also said she believes pollution is a large factor influencing global warming and to cut down on pollution would help the problem.

“We are at risk here as a species and composers throughout time, always comment on things,” Weller said.

“They tell the truth, they have been telling us that water is important for hundreds of years, so I picked pieces that represented different forms of water; ranging from water in streams, to rain, to tears,” she added.

The Oct. 10 showing of the symphony had a turnout of roughly 75 people, many of which had positive opinions about the performance with a few things to say about the current issue of global warming.

Connor Rice, 18, said the performance was “absolutely incredible,” and he also commented on his optimism on the issue of climate change.

“I think it’s more about braving the storm as always. I think that we’re past the point of no return on that. But I think we’ll be fine,” Rice said.

Weller mentioned that water is the most important resource in this world, and that people need to be more conscientious on how they use and treat water.

“Everything is connected, but to me water is at the heart of all of this,” Weller said. “That is the one resource that we cannot live without. So we should start by being cognizant of water usage, don’t overflow lawns, don’t let water run incessantly.”

According to the Environmental Protection Agency website, having a reliable water supply is crucial for farming, ecosystems and energy production; the Southwest’s current water supply is already constrained by the current climate conditions that are happening, but on top of that, other adverse conditions, like groundwater pumping, have been lowering the water supply

The EPA’s website also stated that climate change has increased the average annual temperature of the Southwest by 1.5 degrees Fahrenheit in the last century, and it will continue to increase toward 2.5-8 degrees Fahrenheit.

This increase in temperature, according to the EPA, will result in dwindling rivers and reservoirs, a significant decrease in ground water and a decrease in precipitation during the spring, which will result in water demands not being met.

Weller did express some optimism to the drought and climate change by comparing California’s predicament to the River Thames and how it was once polluted, but once the city of London took action to prevent polluting, the river became healthy again.

“This music is picked to highlight that it is actually not too late,” Weller said. “We can reverse some of the harm that we have done to this planet.”

According to data from ca.gov, California’s conservation efforts in urban areas have climbed to 11.5 percent, the statewide water saving rate has increased dramatically from the 7.5 percent during the summer and 81 percent of water agencies that have been reporting to the government of California have implemented water use restrictions.

Palomar’s Symphony Orchestra will be hosting another symphony, dubbed Water Music II: Flow of People, at 7 p.m. on Nov. 21 and Nov. 22 in the Howard Brubeck Theatre, which will also be directed by Weller.