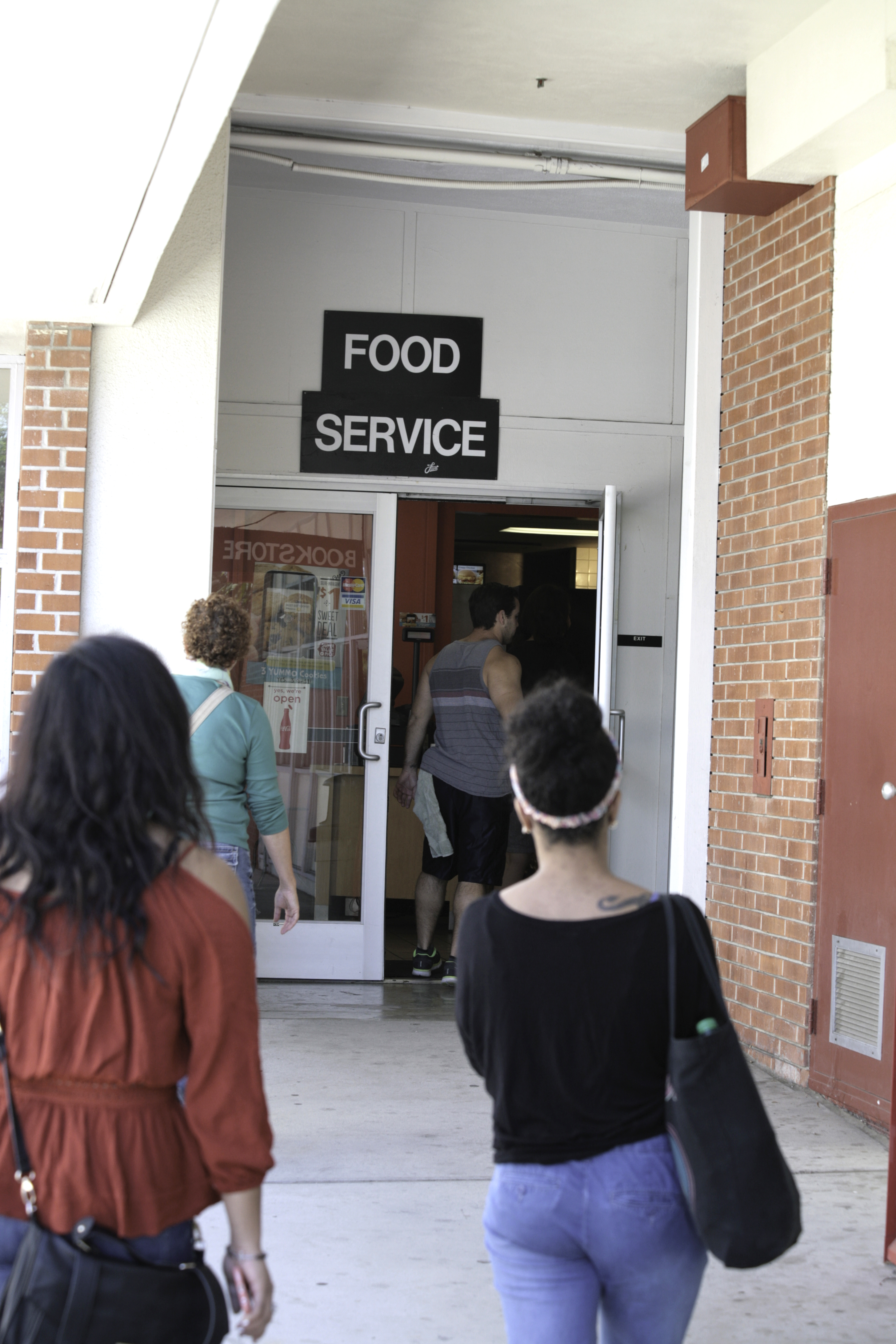 School officials said they will take action after two Palomar students complained that the cafeteria, which was built in 1970, is not accessible to handicap students.

Students Shovan Vatandoust and Sid Matlock told school officials that the door to the Food Service building was impossible for Vatandoust, who is in a wheelchair, to enter without help.

Vatandoust asked his friend Matlock to complain to school officials. Those officials initially said the complaint had to be from Vatandoust. But, Palomar President Robert Deegan told The Telescope they would handle the complaint heedless of the complainant.

“Anytime a student is encountering a barrier to access any of the buildings, then we certainly want to address that issue as quickly as possible,” Deegan said.

“Any student with any form of a disability, we don’t have an option of whether to accommodate or not … we do,” Deegan said.

When Deegan heard of the complaint, he immediately placed a call to Christopher Miller, Director of facilities at the school.

“He informed me that the door is being fixed, that it is in the works,” he added.

According to Miller, the school has plans to fix not only the cafeteria, but the bathroom that is located in the Student Union building as well.

The funds for the project will come from new state money.

“We haven’t had any state maintenance funding in a while, but this year we do. We’re going to install electric doors that will open with a motion sensor,” Miller said.

As to when that project will be completed, Miller said, “it will take about six to eight weeks.”

When Matlock was told about the changes being made, he wasn’t too impressed but was very adamant in his opinion.

“It’s not about whether we are in compliance with state code … it’s about doing the right thing,” Matlock said.

The cost of the project (Including taxes and labor) lays out as follows:

When asked if the school had received complaints about the cafeteria before, Miller said that he hadn’t received any for that door.

“If we had received those, we would have definitely jumped on it,”he added.

President Deegan said he wants to express that the priorities of the student are first and foremost, from the able to the handicapped.

“The important thing is this: the buildings are accessible and will be accessible. It’s never going to be an option that it won’t be,” Deegan said.