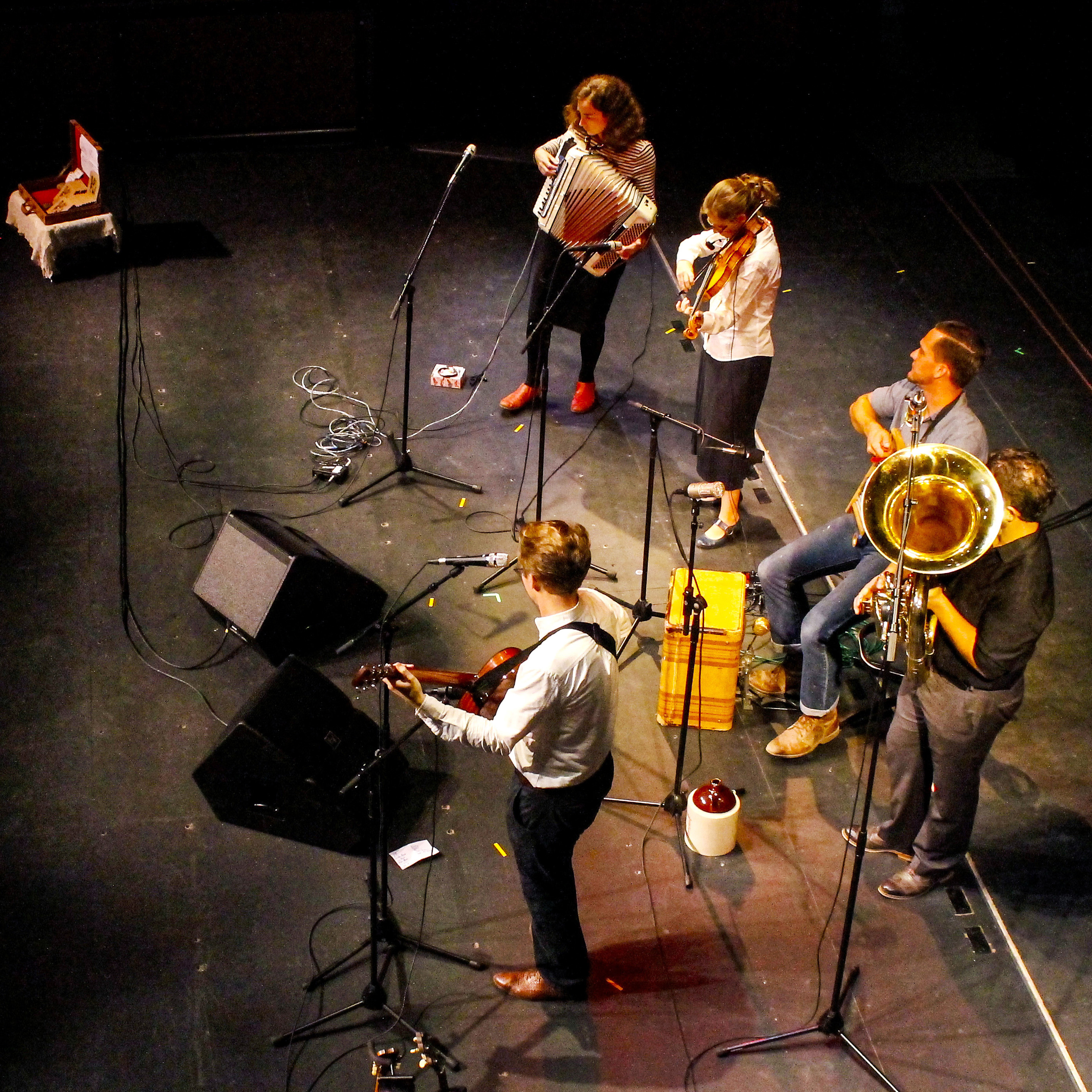 The Concert Hour on Oct. 9 hosted an interesting brand of music not well-known in today’s era of pop and electronic dance music.

For this concert, publicity and program coordinator Randy Hoffman brought in the G Burns Jug Band, a San Diego-based quartet who plays a style of music from the early days of America called Americana.

For Hoffman, he said he wanted to bring an element of honesty to the concert goers.

“I try to bring themes to the series that are representative of all kinds of music,” Hoffman said. “My only criteria is that it needs to vest one thing, and that is honesty.”

From the danceable, mid-tempo songs “Easy Ridin’ Mama from Tennessee,” to the Texas love song, “Crazy About Nancy Jane,” the band strummed and jived its way through an energetic set of tunes that brought the crowd back to the days of the old Midwest.

For Devin, a 29-year-old music major who didn’t give his last name, the experience was so good he forgot it was a homework assignment.

“I attended the Concert Hour as part of what I have to do for my music fundamentals class,” Devin said.

“But, it was so enjoyable I forgot to take down any notes,” he laughed as he chatted with another concert goer.

Each song performed was a showcase of life in the late 19th Century to the early 20th Century, where life was known as simple but still had their troubles like anyone else.

“Sugar Blues,” a tune first performed by vaudeville singer Sarah Martin, a song that spoke of a woman’s issues with her man and how he doesn’t treat her right. For this song, lead vocals were performed by Meghann Welsh, who also plays the accordion and banjo for the band.

The next song, “Kenesaw Mountain Rag,” was originally recorded back in 1930 by Seven Foot Dilly and His Dill Pickles. This time, no vocals were necessary as fiddler and vocalist Batya MacAdam-Somer took the lead.

For this edition of Concert Hour, Hoffman said it wasn’t even a question of whether to bring them here; he just knew he had to have them perform.

“I happened to hear them playing on the streets of Carlsbad one night when I was at a music festival … I had a really good feeling about what they were doing and I thought this would work,” Hoffman said.

“I hadn’t heard them before, I didn’t know them, but I knew I had to have them,” he added.

Rounded out by MacAdam-Somer and Welsh, the band also features tuba and jug player Jonathan Piper and percussionist Andy Rae.

Formed by native Kentuckian and multi-instrumentalist Clinton Davis back in 2012, the G Burns Jug Band has made a name for itself in the San Diego music scene. They host a residency at the Black Cat Bar on the first Saturday of every month, called the G Burns Barn Dance. In May of 2014, they released their self-titled debut album and toured the West Coast, sharing the stage with such big name folk artists like Jim Kweskin, The Americans and Rev. Peyton’s Big Damn Band.