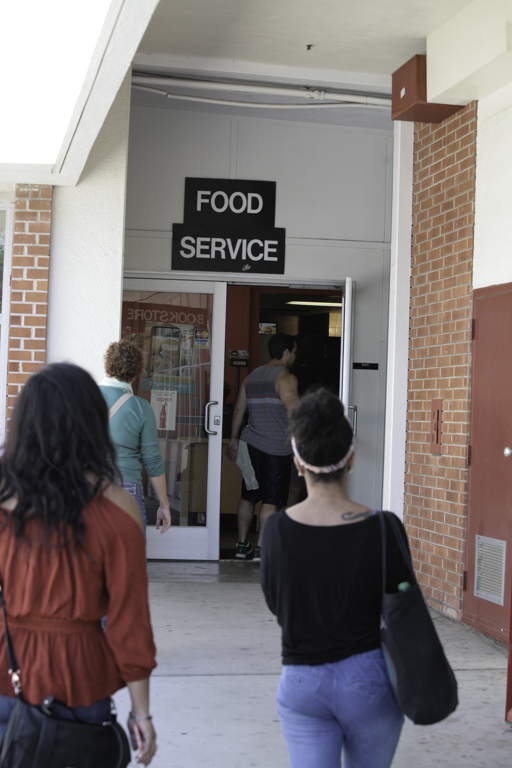 It is one of a college’s responsibilities to offer a fair and hospitable learning environment to all of its students. And it seems Palomar College has slipped in this area.

While every single building at Palomar is supposedly wheelchair accessible, last month there was an incident when a student using an electric wheelchair was not able to enter the cafeteria. He had to wait several minutes until the door was eventually opened by another student.

The fact that a student needs to complain about this sort of issue in the first place is a sign that someone messed up along the way.

Of course, Palomar President Robert Deegan and the school moved to quickly solve the problem as soon as he heard about it.

He contacted Chris Miller, Palomar’s director of facilities. The school is apparently addressing the cafeteria door, as well as the two bathroom doors in the Student Union that are also reported to be inaccessible.

While it is admirable that they’ve gotten their priorities straight and are addressing the problem in a timely manner, this shouldn’t have been an issue in the first place. Especially because it seems strange that officials say a complaint has never been filed in the 40 years that the cafeteria building has existed.

What is disappointing is that Palomar is receiving close to $700 million worth of funds to “maintain and modernize” the campus.

The expected construction cost of the handicap accessible doors is a little over $16,600. In comparison, the new Humanities Building on campus cost $26 million.

The need for Palomar to update its campus with new buildings is an important one. But to a student who can’t get into a door to get lunch, a handicap-accessible building is going to overshadow a shiny new one.

When approaching a project such at this, the facilities department should have started with the absolute basics: ensuring that every building can accommodate all types of student.
Sid Matlock himself said that Palomar should be doing the right thing. We’re inclined to agree.