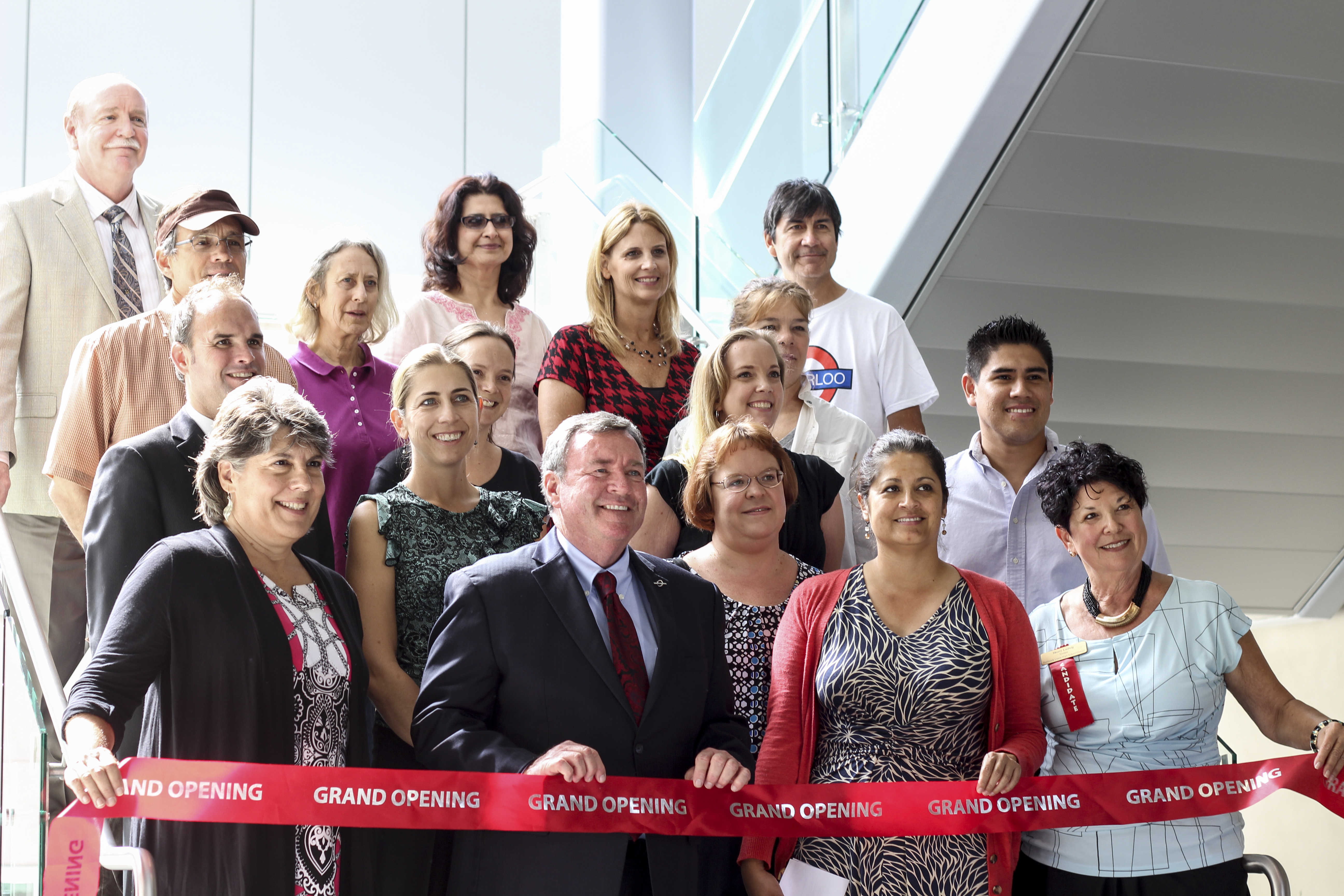 On Oct. 10 Palomar College Robert Deegan was humbled by the communities endorsement at the Humanities Building Grand Opening .

He thanked the community for the district bond which recognized Palomar for its hard work and dedication. The bond allotted the school $694 million and spent nearly $30 million for the new facilities. The H Building at 91,000 square feet houses departments of English as a Second Language, Communication, American Sign Language and a few other state of the art facilities.

“(This is a) statement of support to expand the campus for the hard work, recognized by the community” Deegan said.

Many leaders around campus attended the event to speak included Paul McNamara president of the Governing Board, Berta Cuaron vice president of Instructional Services, Shayla Sivert Dean of Languages and Literature, Jason Hosfield president of the Associated Student Government and Kevin McLellan Chairman of the Speech Communication, Forensics and American Sign Language Department. McLellan signed a speech that touched many members of the audience.

Faculty members of the audience moved into their new home from different buildings all over campus such as the buildings AA, S, P, and F. It was as Sivert stated “a great migration” as she discussed the process of moving in during the San Marcos fires that took place earlier this spring.

Amongst the many computers and helpful members of staff this the VRS is a very useful tool for this facility which is located on the second floor. The English Department and Writing Center offer diverse, stimulating rages of writing and literature classes with support for any phase of a writing process.

With a new Speech and Debate Lab which ASG President Jason Hosfield said “(is) the best community college facility for speech and debate on the west coast.”