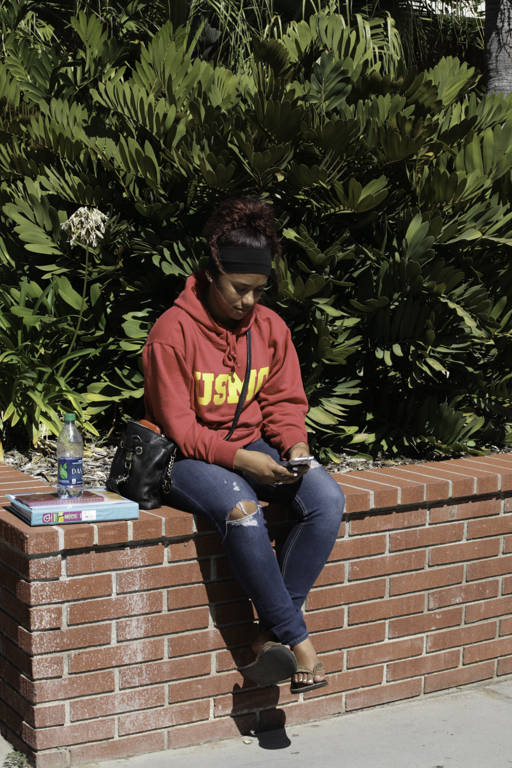 Would you recognize your followers in person?

We live in a generation where eye contact has become awkward, kind gestures are taken the wrong way and friendly hellos are examined for their motives.

Social media is ruining our ways of communication and deteriorating personal relationships by the pressure it places on users of all ages.

A study conducted by the Marketing Charts shows smart phone users between the ages of 18 to 64 years old dedicate 3.2 hours to social networking a day.

Cornell University’s professor of mathematics Steven Strogatz, said, “Social media sites can make it more difficult for us to distinguish between the meaningful relationships we foster in the real world, and the numerous casual relationships formed through social media.”

These frequently asked questions do actually not validate a relationship, yet it has become necessary reassurance for many to be confident in such personal manners.

In between classes, most students reply to text messages, check their Instagram for likes, and even take ‘selfies’ for Snapchat. While written letters were the first types of communication to go, digital communication is now changing the way we interact with one another and interfering with academic performance.

Twitter, for example, is the second most popular networking site in the world, with 310 million users and counting. It is a prioritized way of communicating on an hour-by-hour basis, according to The eBusiness Guide.

For each tweet, there is a character limit of 140. This restriction further limits the expression of each user. It essentially influences multiple posts per day, as well as discourages further expression on social networking sites and this can often carry to school-related assignments.

Ball State conducted a study that found that “99.8 percent of college students have a cellphone or some sort of smartphone.”

We bump shoulders out of distraction and not clumsiness, making the apology half-hearted, and the connections nonexistent.

Society is slowly but surely becoming a group of people who do not interact in person.

With new ways of producing holograms and seeing each other face-to-face over the phone, there seems to be no need for interaction in person. We don’t know where to place our hands when talking, we don’t know how to write grammatically correct sentences, we don’t know how to feel. Humanity is losing its human touch because of social media.

“The one thing I find awkward is the fact that as much as 24 percent of the people using any social networking service have actually missed important moments due to them being preoccupied with their networking,” Richard Darell of Bitrebel.com wrote.

It’s called social networking, yet ironically it causes us to be less social. Backlights of laptops, cellphones and tablets light up the faces of fellow students waiting for the beginning of class, the awkward silence only to be broken by the professor entering the room.

Whether it is putting in more hours at work than we would like, staying up too late watching Netflix, or a recent family tragedy, we all have so much more in common than we might think. Yet while sitting parallel in every aspect of the word, we refuse to speak.

We must communicate, it is the way we grow as humans. You could be sitting next to your future husband or wife, your long-lost, best friend or an old childhood neighbor. The only way relationships are going to thrive and survive extinction is if we turn around and talk to that person that has been following us in real life.