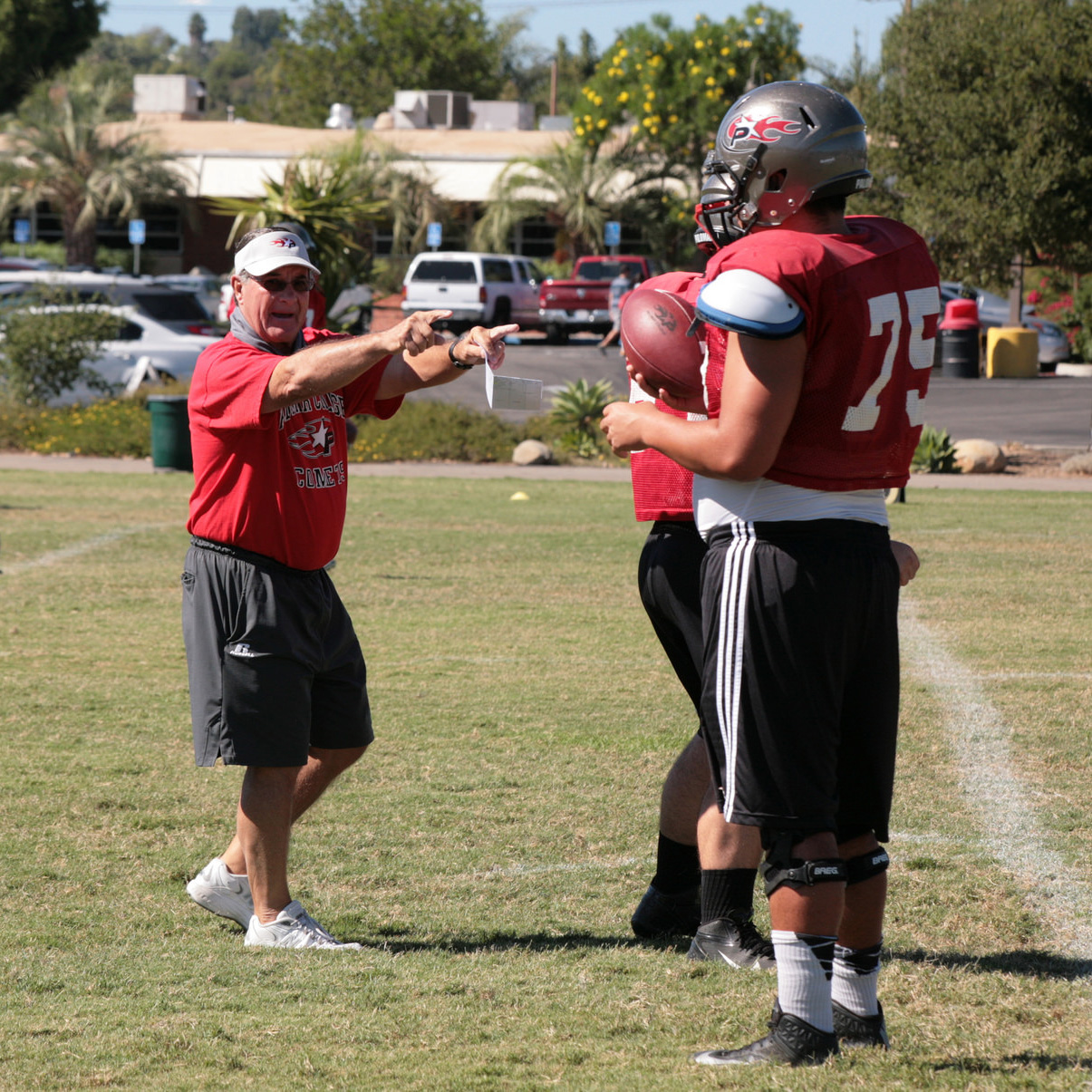 Coaching legend looks to bring his professional expertise to Palomar

A new Palomar College quarterback coach has over four decades of experience in the coaching world and has coached 12 quarterbacks that have moved onto the NFL.

After coaching at schools such as Notre Dame and Stanford, Coach Bill Diedrick has brought his expertise to Palomar.

“When I was down here retired … they always asked me if I would be interested in coaching at Palomar and when the position became available I decided to take it,” Diedrick said.

“Our other quarterback coach got a full-time job away from football and Bill was available,” he said. “He had coached with another coach on our staff, and we put the call to him to see if he was interested.”

“With his experience and his resume, it was a no-brainer,” Early added. “We sat down and talked a couple times, presented the position, talked through some things and he agreed to do it and we’re certainly glad he did.”

Becoming a coach wasn’t a surprise to Diedrick and his family, he said. His father had been a coach for over 30 years as well, and Diedrick has been involved in athletics all his life, participating in baseball and football and playing quarterback for his schools’ teams.

He attended Eastern Washington where he was a four-year letterman, and is even in the Eastern Washington Athletics Hall of Fame as of September 2006. After an injury his senior year of college, Diedrick decided he would change his educational route and begin his coaching career.

This switch allowed him to work with, and help develop, players Julius Jones and Brady Quinn, among 10 other players who have gone on to the NFL.

During his time coaching at Stanford, Diedrick’s offense set school records that hadn’t been changed since 1949, with a record of points per season at 409. He has also won a Lifetime Award from the American Football Coaches Association.

Many of the players who were coached under Diedrick have set records individually as well, such as Brock Huard, whose passing efficiency was at one time ranked seventh in the nation.

Coach Diedrick’s ideal quarterback possesses great decision making skills under pressure and a high level of accuracy. He said he also believes that the other skills that his quarterbacks possess “enhance their ability to play the position.”

Coach Early said he is glad to have Diedrick helping to combat the current 2-2 record.

“His experience and his ability to coach the position is really unique, he’s been a real added bonus,” Early said.