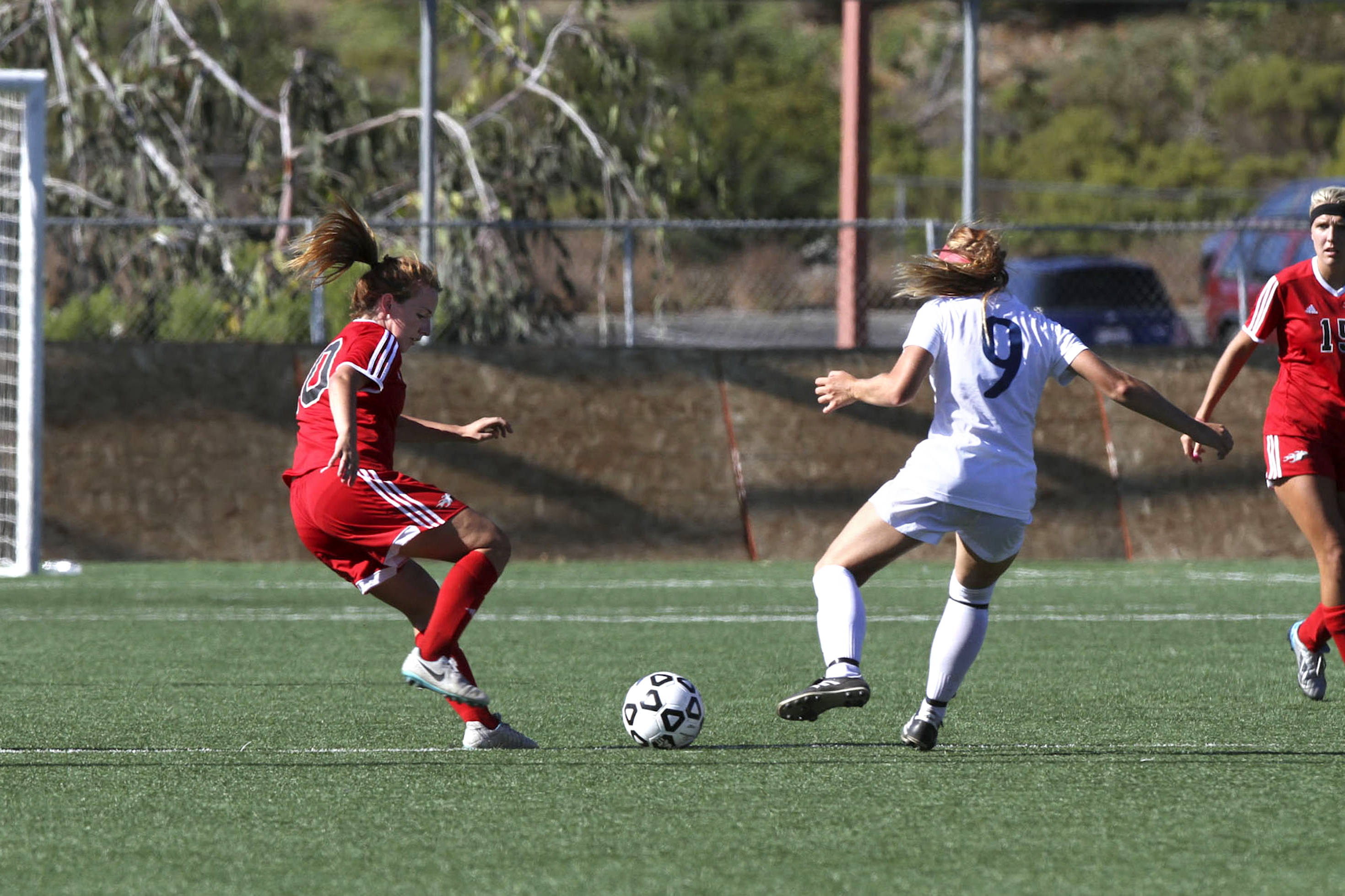 Palomar forward, Analisa Manzo (right) makes her way down the field in Palomar's first game of the season against Irvine Valley at Minkoff Field on Aug. 28, 2014 Photo: Brian O'Malley | The Telescope

Palomar forward, Analisa Manzo (right) makes her way down the field in Palomar's first game of the season against Irvine Valley at Minkoff Field on Aug. 28, 2014 Photo: Brian O'Malley | The Telescope