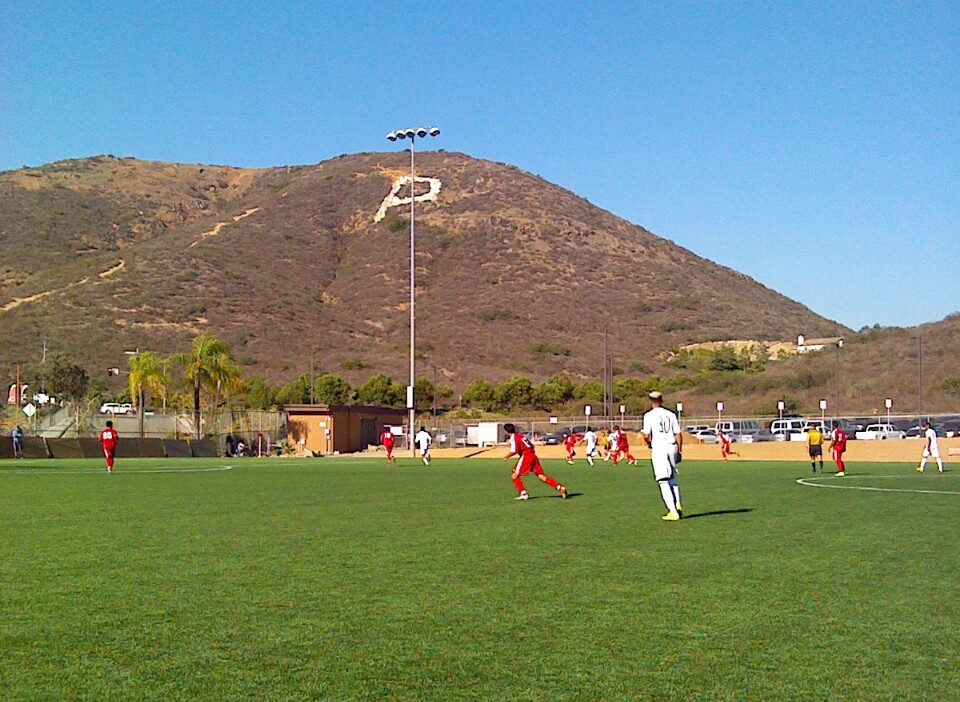 When the two teams met last year it was Norco who triumphed in a 3-0 victory. This season’s contest saw the Comets improve on last year’s result, earning a 1-1 draw.

The first goal of the game came from a Norco free kick in the fifth minute. Forward Nestor Navia launched a long ball toward the Palomar goal. The shot troubled first-year goalkeeper Steven Ross, who misjudged the attempt and let it slip under the crossbar for the opening score of the match.

The goal came against the flow of play and gave the home side the task of overcoming an early deficit. The Comets responded well and began to create better scoring opportunities but found themselves unable to level the score by halftime.

The second half saw each team continue to produce chances early on. A good sliding challenge from freshman defender Luke Schork prevented the Mustangs from doubling their lead in the 50th minute. It took until the 69th minute for Palomar to find the equalizer.

Freshman forward Eduardo Calleja latched onto a pass on the left edge of the box and did well to beat his defender before shooting past the Norco goalkeeper. The goal came as a result of the Comet’s stepping up their tempo and delighted the 50+ supporters in attendance.

After the goal the game became more open as each side began to show fatigue, something expected this early in the season. A 90th minute double red card saw both teams go down a player for the short remainder of the game.

Jostling in the box, prior to a free kick, between goal scorer Calleja and Norco #3 Christian Moreno did not sit well with the referee, who gave both players their marching orders. Once play resumed, the full time whistle quickly sounded.

After the game, Palomar assistant coach Dave Whitton said he was pleased with the effort shown from his players. After only having 10 days of training there are still areas to work on but that he couldn’t fault the effort.

There are four sophomores on the Comets’ roster, which leaves Whitton with a team that is still learning the ins and outs of soccer at the collegiate level. Whitton praised the young players’ abilities, saying that soccer at this level is faster and more physical than high school, and he feels like they’ve adjusted quickly.

When asked for a prediction for this season, the coach said he anticipates that the team will continue to improve its form as the season progresses.