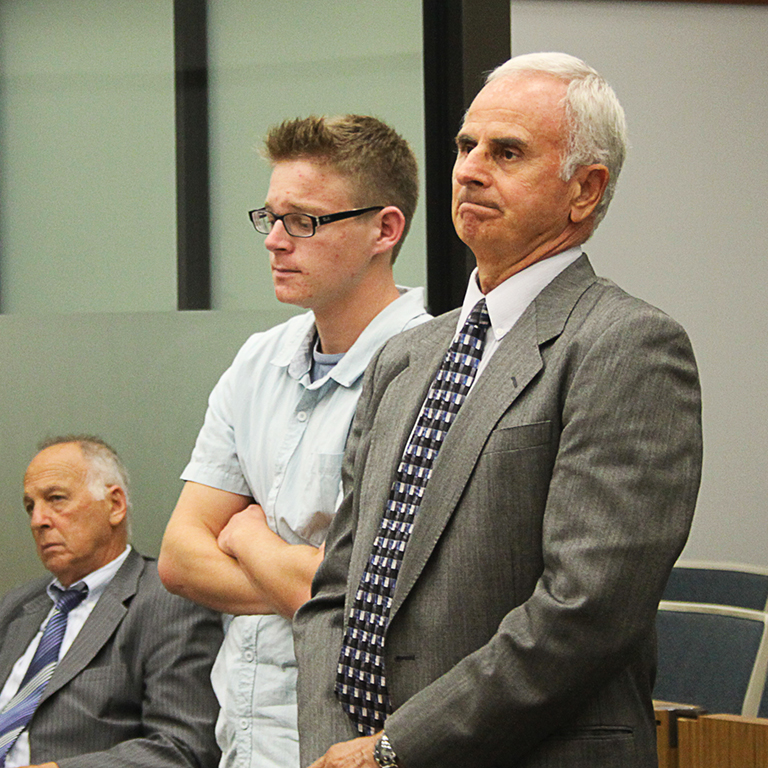 Connor Cook, the 19-year-old Palomar student accused of starting at least one fire on the San Marcos campus during the 2014 Spring semester, has been sentenced to five years of supervised probation, as well as 80 hours of volunteer work and an undetermined amount of victim restitution.

The judge also suspended a sentence of 365 days in jail, stating “If he does anything that’s a violation of probation, he will do the remaining 365 days.”

In a recent interview with a reporter from the Palomar Telescope, Cook admitted to starting the March 14 fire and apologized, stating that he had no intentions of burning down the school or harming anyone.

“I was just trying to help myself,” said Cook, explaining that he only wanted to pull other students away from class so he could catch up on his school work.

Cook is now ordered to abide by all conditions of probation, which include abstinence from drugs and alcohol, and prohibits the possession of all incendiary devices, other than a small cigarette lighter for smoking purposes. He’s also ordered to stay at least 100 yards away from Palomar College.

“I’m not going to allow him at Palomar while on probation, period,” said Judge Popkins, when Cook’s attorney, Raymond Gomez, argued for a modification to this last condition. “He’ll have to take some other course, somewhere else.”