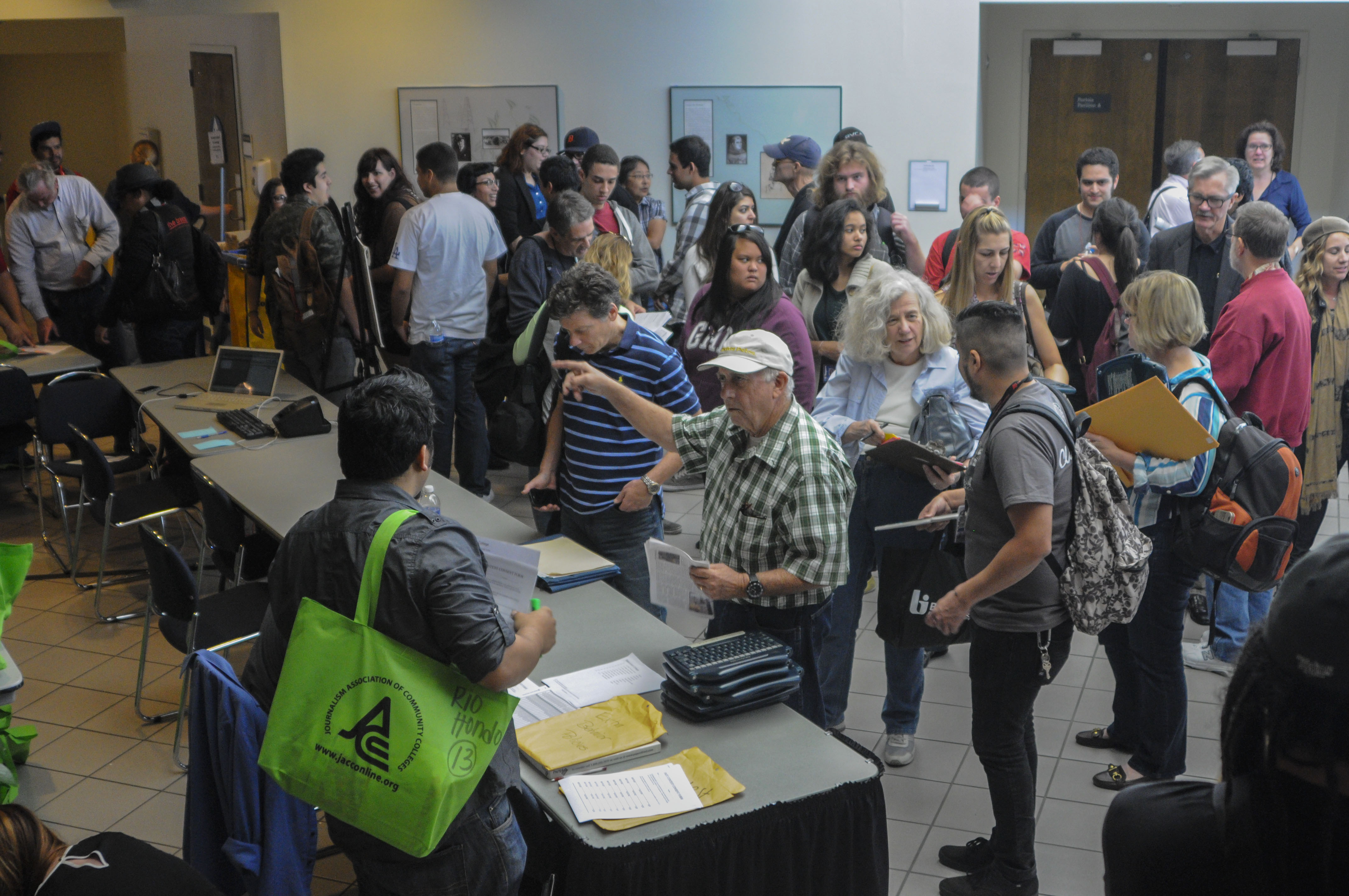 Palomar College was represented by journalism students from The Telescope and Impact Magazine as they went to the Journalism Association of Community Colleges, which was held at the Burbank Marriott in Burbank, Calif. from April 3 through April 5.

Both publications earned awards, including the General Excellence award won by The Telescope.

Students from different schools around the state gathered to learn from professionals in the journalism fields through panels, workshops and competitions.
Lottiesha Blandon, a staff writer for The Telescope Newspaper, won two awards, earning first place in News Broadcast writing and a Meritorious award for video journalism.

“I didn’t think of it as a competition. I thought of it as something I love to do and if I am good at it then it will show,” Blandon said.

Though winning first place in any competition is difficult, earning the Meritorious award was more difficult than expected for Blandon. Her entire journalism piece was deleted five minutes before being submitted to the judges.

“They gave a two hour extension to redo everything … I was hoping for the best during the night of the awards ceremony and then I see my video appear on the big screen, so I’m pretty sure I did well,” Blandon said.

“It made me feel I was doing something right. Last year I had a honorable mention and to come back and win it … is a reminder that it is a step in the right direction,” Perez said.

A 12 year professional in photography, Sebastian enjoyed her experience at Palomar and was appreciative for her opportunity on Impact.

“I had a blast being a part of Impact,” Sebastian said.

Sebastian went on to say, ”I would love the opportunity to work for a magazine in the real world and I think what’s important is that programs like The Telescope and Impact are so instrumental for students and a valuable stepping stone toward our future.”

But JACC is about more than awards that are won by students.

“JACC put things in perspective for me and I am good at what I do,” Blandon said. “I had trouble believing in myself and my confidence wasn’t all there, but after this I can actually come on top and it really makes me feel good about journalism and doing something that I love to do.”