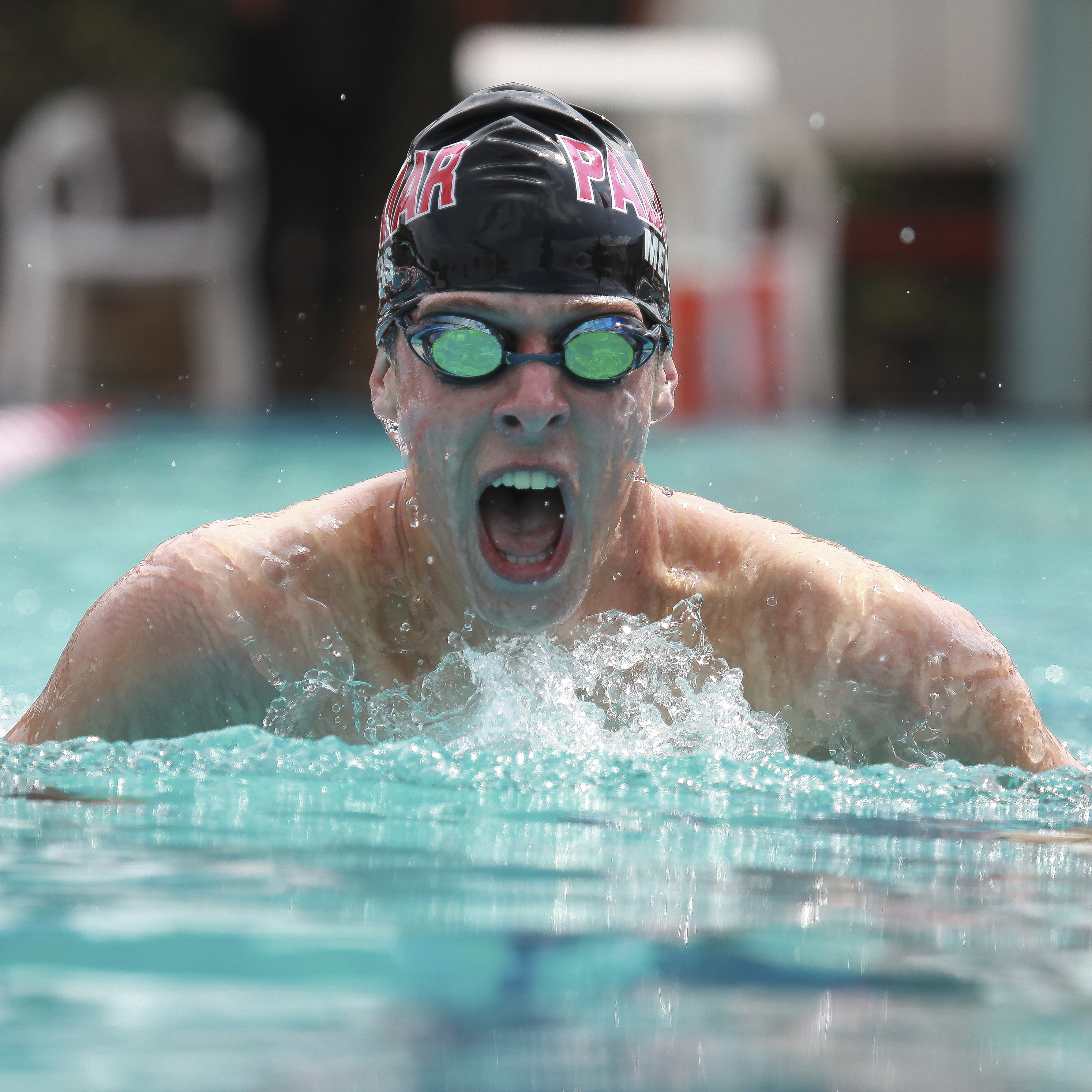 Published May 5, 2014 by Lottiesha Blandon

The Palomar College Men’s Swimming team continued to achieve its goals this season as well as obtaining a personal best at conference with swimmers’ improved times.

The Comets finished second in the Pacific Coast Athletic Conference Swimming and Diving Championships at Wallace Memorial Pool where freshman swimmer Rich Farley captured his third gold medal at the meet. Farley was voted conference Men’s Co-Swimmer of the year.

Palomar College Men’s Swimmer Jadan Smithers said that the Comets winning the 800 free relay to beat their rival Grossmont in conference was the team’s biggest highlight.

Comet’s sophomore Danny Hartl also got first place on day three of the conference as he swam to a 17:04.78 in the 1650 freestyle.

Smithers said both Jem McAdams and Scott Lawson are the best coaches he has ever swam for.

“Hartl will always be this much in front of me in practice, which is exactly what you need in training. You always need someone just a little ahead of you. He’s definitely that guy because he’s just a little faster than me but I can still try and keep up,” Smithers said.