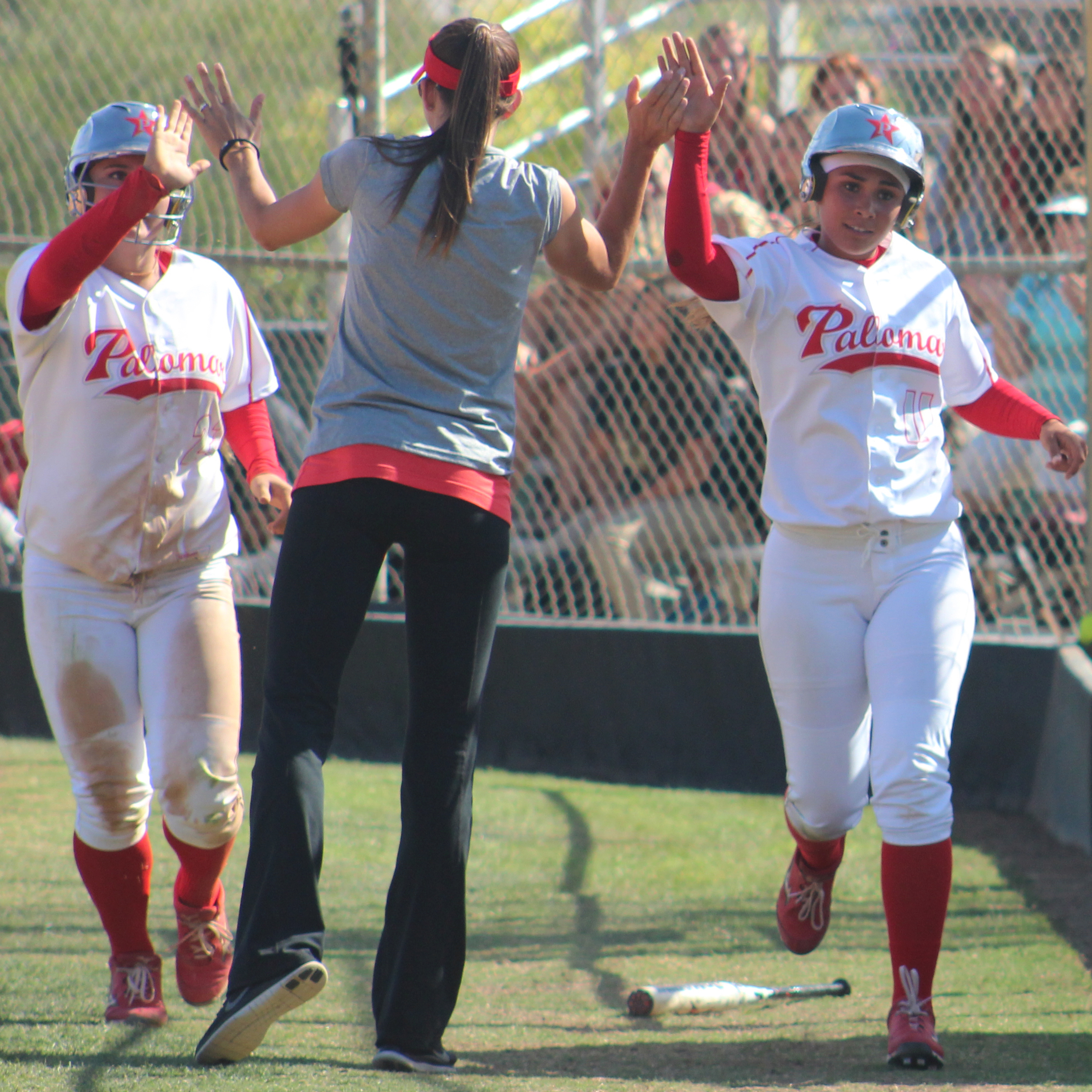 The perfect streak continues for Palomar’s softball team after their 11-3 defeat over Southwestern on April 16.

The win moves Palomar to 16-0 for the season, leaving the team undefeated in conference play.

Palomar is currently ranked No. 1 in the state.

A rematch of last season’s championship game proved victorious for the Comets when the team defeated Riverside City College 9-4 on April 15.

The team clinched the division with 13 straight win in a 6-0 victory over Grossmont at Palomar College on April 11 to win the Pacific Coast Athletic Conference for a second straight season. It is the 31st conference championship for the program.

The win moved Palomar to 25-2 on the season, a pace far ahead of last seasons state championship team that went 19-8 through 27 games.

During the game Palomar showed its dominance with a strong pitching performance by sophomore Dani Cowan and timely hitting by freshman center fielder Keilani (KK) Fronda.

After getting off to a slow start by allowing two walks in the first inning, Cowan allowed one hit over the next six innings, with eight strikeouts, for her third shutout of the season, running her season record to an impressive to 13-1, with a 2.65 ERA.

Head Coach Lacey Craft, said Cowan’s performance was a result of her work ethic and character, because the last time she faced Grossmont she allowed three runs on eight hits over five innings in a 11-3 win over Grossmont on Feb.11.

“This level isn’t about people coming in thinking they are the best player they can be already. It’s about kids wanting the opportunity to keep getting better, and she (Cowan) is proof of that,” Craft said.

On offense, Fronda got Palomar off to an early start with a lead-off home run in the first inning off of Grossmont pitcher Nicole Balinger, to give Palomar an early 1-0 after one

“I just felt awesome to start off the game with a home run … I just feel like I’m in my zone lately,” Fronda said.

Fronda would go 2-3 in the game with two runs and one RBI.

Palomar would score two more runs in the third on a two-run home run by freshman right fielder Kristina Carbajal, and three more runs in the fourth inning on three consecutive RBI doubles by Carlie Daniel, Kali Pugh, and Paige Falconeiri to break the game open.

The win move Palomar to 25-2 on the season, a pace far ahead of last seasons state championship team that was 19-8 through 27 games.

Craft said she doesn’t like to compare the two teams but one thing that does stand out about this seasons team is the pitching.

“We have more depth in the bullpen … a lot more experience on the mound, that’s been huge thing for us to be able to win a lot of games this season compared to last,” Craft said.

Freshman pitcher, Maci Lerno, who pitched a no-hitter in her last performance, said, “We practice a lot on location. It doesn’t really matter about the speed. Of course we want it to be fast, but its more about location than speed. If you hit your spots then you’re good.”

The Comets have a chance to uphold their perfect conference record if they win on April 16 and the final conference home game on April 23 at 1 p.m.