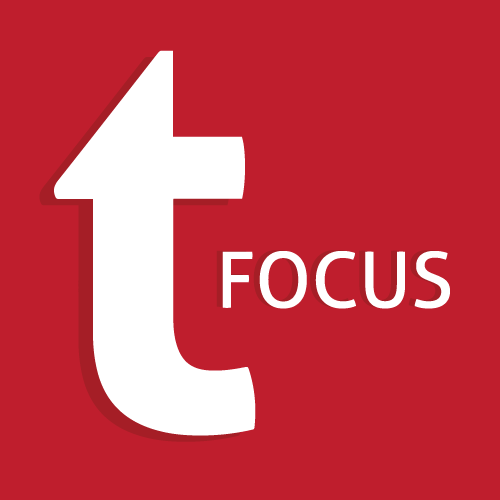 Imagine waking up in the morning with a listless feeling. You look in the mirror, and you can’t even muster the energy to fake a smile … much less brush your own teeth. Then you realize that you have an essay due in three hours, a midterm at noon, and this doesn’t even include the four hour accounting class you have at 6 pm the same night.

The thought of that alone would scare any one college student. Now, try toppling all that with a personal tragedy in the family, or a major change in a relationship status. For some, it seems easily surmountable. For a major population of others, however, this can lead to other major problems.

The issue at hand is depression. According to the National Institute of Mental Health, depression is a common but serious mental illness marked by sad or anxious feelings. There are many different types of depression, ranging from minor depression (which is short-term), to seasonal affective disorder (usually begins in winter and lifts during the spring and summer seasons) and then major depression (also known as clinical depression).

A lot of college students can find life stressful once they are on their own. The stress of being independent, having to pay for your own way and trying to balance a life can wear one out.

To bring a realistic point of view here, I spoke to a couple of students.

You would think that Tiffany Yonts, 24, a Legal Studies major here at Palomar, would be leading a full and happy life. She was only credits away from graduating from the University of North Carolina – Chapel Hill with a bachelor’s degree in linguistics, traveled the world studying western Chinese Medicine and has a cozy job as an executive assistant.

But, like many students her age, she also deals with the struggles of major depression. “I was first diagnosed (with depression) back in May of 2013. Looking back, I realized that I suffered from depression for years—noticeably since 2004,” she said.

“Last May, I had a nervous breakdown and ended up hospitalizing myself on suicide watch. That was my rock bottom. I don’t think that there was any point at which I saw my symptoms and said, ‘hey, this is what depression is—this is what depression feels like.’ All I knew was that I was broken and I couldn’t fix myself,” she added.

“I work more slowly now, I work less often and I enjoy it much less.”

Toll on every day life

Depression can not only take a toll on a student’s work; but also can lead to a very unproductive every day life.

In a statistical report gathered by the website Depression Perception, depressive disorders are appearing earlier in life.

Fifty years ago, the average age of onset depression was 29 years old. Recent statistics indicate it at just 14 years old in today’s society.

Amy Hahn, a 26-year-old former Palomar student, was at one point a very productive student. But due to events in her childhood, she began to develop an unhealthy attitude in her teens, which lead to her quitting school.

“The abuse and trauma of my childhood has affected both my mental and physical health to an extreme degree. I don’t think I would be this sick without my history,” Hahn said.

“I wanted to be a nurse, got caught up in gender studies and decided to study to become a social worker for transgender youth. The beginning of the semester would be brilliant. However, at the end I would sabotage myself and let my grades fall because I felt that I didn’t deserve a healthy, successful life.

I would sleep ALL the time and gave up school work and hobbies.

This was a pattern in every semester of college.”

In Emily Coyle’s book, “Anxiety and Depression in College Students,” she mentions that there is so much that is expected of college students, that it’s no wonder they get depressed.

“One minute you’re pulling an all-nighter, the next minute you’re binge drinking, and then the next you’re hungover, regretting every stupid thing you did the night before, while simultaneously writing up a 10-page paper that’s due in an hour,” she wrote while adding,

“So much is expected of us that we’d have enough work to keep us exclusively in the library for our four years of college if we wanted to.”

Coyle also mentioned how the tug-and-pull of college can also lead to a mental breakdown.

“But then everyone is also telling us to experience more, get out and have fun. How can we do all that at once?

We’re stretched so thin, it’s no wonder this builds up after a while and makes us feel anxious, stressed, and on the point of a breakdown,” she said.

Coping with depression with it in a positive manner

Even though the daily life of a college student can be really difficult, it doesn’t mean there isn’t a way out. There are many ways in which they can vent and get their feelings out in a manner without hurting themselves or others.

This last fall, Palomar College joined with Active Minds, a non-profit organization focused on mental health awareness, to form their own chapter here on campus. They held a “Send Silence Packing” event, which spread backpacks across the campus green with stories of college students that had committed suicide. A few weeks ago, they held a “Pie Your Professor” event hoping to relieve student stress before midterms.

Lori Meyers, co-advisor of the Palomar College Chapter, talked about the purpose of Active Minds and how it helps on campus.

“The purpose of it is to help young adults notice the signs of distress among themselves and friends,” she said.

“We want them to understand they don’t have to struggle alone. There should be no stigma associated with the need to go get help.”

The Palomar Health Center also has teamed up with professor Thomas Ventimiglia to counsel students who deal with anxiety, panic attacks and depression. Ventimiglia, who is also a licensed counselor, employs what is called the “Emotional Freedom Technique,” which is an energy psychology therapy that blends cognitive psychology and Chinese acupuncture without the needles.

He has a website dedicated to his work, called “Tapping Into Wellness” (www.tappingintowellness.com).

It is important for college students to know that no matter what they are dealing with in life, whether it be personal or school-related, that there is help out there.

“Even if you aren’t capable of being happy right now,” Yonts stated, “You will be some day.”

“Once the fog clears, don’t waste time being miserable. There’s a huge, amazing world out there. Go enjoy it.”