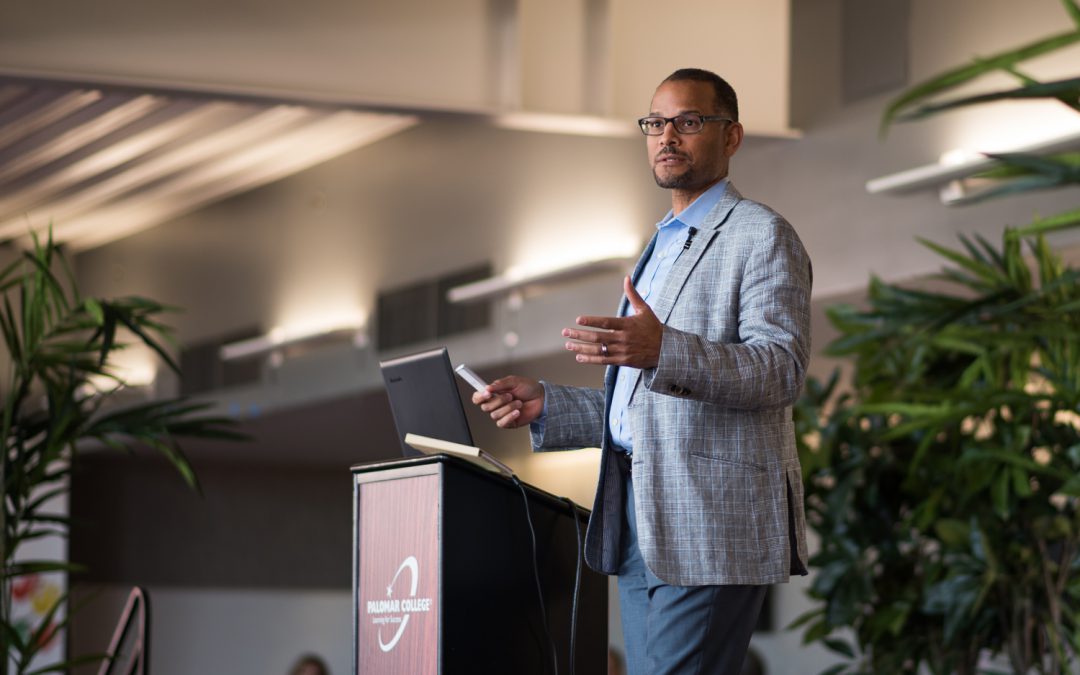 Decades of work to make the college more inclusive and diverse came to a head in June 2020 with the Black Lives Matter protests that swept the U.S. The second half of the year saw the beginning of landmark changes on campus.

Pictured above: Eugene Whitlock, J.D., speaks to Palomar College faculty, staff and administrators during the Spring 2020 Plenary on campus.

SAN MARCOS — Two weeks after George Floyd was killed by police in Minneapolis, a movement gained energy at Palomar College. After decades of antiracist work that crossed academic, departmental and generational boundaries at Palomar, the time had come, with a national wave of momentum, to evaluate the way the college resists and overturns institutionalized racism.

More than 300 people attended a virtual healing forum held on Wednesday, June 10—an opportunity for the campus community to come together to “listen, learn, and support.” During the event, Interim Superintendent/President Dr. Jack Kahn shared the 10 “action items” that would shape the college-wide antiracism effort.

“This summer, with the nationwide antiracism movement, the work ahead of us at Palomar College was crystallized and energized by a new generation of leaders,” said Dr. Kahn. “The question became how to genuinely live the values of equity and justice for the Black, Indigenous and People of Color who are studying and working at Palomar College.”

In a campus-wide message the day after the Black Lives Matter forum, he wrote, “We will dedicate ourselves to making a significant impact on the issues of safety, hiring, pedagogy and curriculum, retention, facilities, completion, professional development and others.”

A variety of campus leaders, from students to faculty to staff and administrators, all agreed that the momentum shifted this summer, after witnessing Floyd’s death on video. 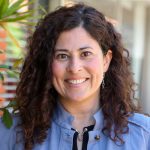 “We were being substantive and doing the work we wanted to do, but it was hard to get people engaged,” said Director of Student Success & Equity Olga Diaz. “But now, after the shock of what we witnessed over the summer, people have been jolted into action, and they’re saying, ‘How can we help?’ Ideas that weren’t going anywhere before—now, there’s an appetite.”

Meeting the Future with an Antiracist Agenda

“After the recent murders within the African American/Black community through police brutality and white supremacy, I really felt like the healing part of the event was significant,” said Sadat Ahadi. “As an educator, I wanted to do more for students, staff, faculty, administrators, and community members to heal and create brave spaces to stand for civil rights, racial equity, and social justice at Palomar College.”

During the virtual event, 10 action items were first presented that would form the basis of a bold new antiracist agenda at the college. Developed collaboratively with Palomar students, staff and faculty, and with input from the college’s Umoja Scholars, the action items were read by Dr. Kahn:

Looking back on the forum, Sadat Ahadi said, “It was important to have Dr. Kahn read the 10 call to action points, because there’s a great impact when the leader of your institution is responsive to antiracism and racial equity. Dr. Kahn has definitely paved the way for our college to become antiracist.” 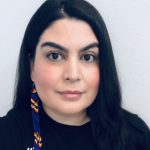 To foster accountability, the college assembled teams to work on the items laid out in the call to action, and developed a website to publicize its progress.

Sadat Ahadi said she considers reflection, collaboration and leadership to be the three important factors to building an antiracist and equity focused ethos at Palomar College.

“Number one is reflection,” she said. “More people are now reflecting on their own experiences in the United States, and being educated, or being mis-educated. I think that’s critical—when people start to reflect on who they are, how they’ve been brought up, and even reflecting on how colonialism and white supremacy has become implicit or explicitly ingrained in the education system. A system that needs to eradicate racism and decolonize practices.

“It’s imperative to spend time to reflect on everyone’s lived experiences and the inequities that continue to be presented, and how it affects people in the education system,” she added.

As for collaboration, Sadat Ahadi said, she started working full-time at Palomar in 2018, when she began social justice activism work on campus with introducing racial equity and antiracism professional development workshops.

“Institutionalizing antiracism and equity at our campus should be everybody’s number one priority,” she states. Sadat Ahadi continues to elevate and empower students, staff, faculty, and administrators at Palomar College on this transformational change.

Finally, she said, “Leadership allows us to grow and empower others by validating their agency to pave the way. In the words of Dr. Bettina Love, ‘Education can’t save us, we have to save education.’”

Among the most promising developments in 2020, campus leaders say, was the emergence of new groups of students, faculty and staff all engaged in antiracist activity.

One such group to emerge this summer was the Asian Pacific Alliance in Higher Education (APAHE) at Palomar College, representing a significant population of both students and employees. 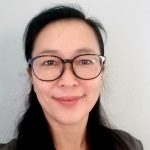 Angela Kong, who has helped lead the group, said it was a significant step forward to create spaces to discuss experiences of racism and exclusion at Palomar.

“Our group was formed in response to Black Lives Matter, and we decided we wanted to address Asian-Pacific Islander history, anti-Asian hate crimes that are going on at this moment, and our identities that intertwine with race relations in the U.S.,” said Kong. “One thing we’ve done so far is to create a resource page on the Library website for Asian-Pacific Islanders with articles, books, media, and film to support anyone wanting to educate themselves or expand their knowledge.”

Monica Diego Schmidt, a Senior Library Technician at the college, said the group is still in its early stages, but was immediately focused on one consequence of the COVID-19 pandemic: “The labeling of COVID-19 as the ‘Chinese virus.’ It created a world of hate crimes. We see them not only throughout the nation, but within our own communities, as well.” 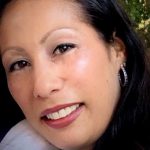 Diego said APAHE is focused on fostering understanding and collaboration with other antiracist groups on campus; bringing together all employees and students of Asian descent; serving the Asian-Pacific Islander community through cultural activities and education; and providing resources to aid in faculty and student research.

“Ultimately, we want to support each other and talk about the interactions we’ve had in the past, as well as now—what are the new challenges we have, being Asians and Pacific Islanders?” said Diego.

Sociology Professor Amber Colbert worked as an adjunct for Palomar starting in 2011, and was hired full-time in the fall of 2019. She said she “never saw people like me on campus—we were few and far between.” 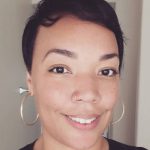 “I think it’s really important that the voices and the presence of people of color on this campus, and specifically Black people, are honored and heard,” she said. “As somebody who came from a family active in Civil Rights and growing up aware of different movements … some of us have been awake our whole lives.”

Colbert said people on campus are “much more involved” than she’s ever seen before.

“That is encouraging,” she said, “but with that wanting to be engaged, there’s still a power dynamic that needs to shift—you actually silence your voice and give somebody else the space to speak for themselves.”

Rachel Alazar, who is the current Student Trustee to the Palomar College Governing Board, said that she has witnessed prejudice at Palomar, but also sees encouraging signs of progress.

“People don’t really notice unless you bring light to it, and now there’s a lot of light coming to it,” said Alazar. 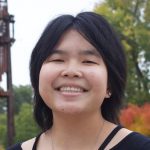 Her concern, she said, is that decision-making should be truly student-centered and not political, in order to maintain the energy of the movement: “We need to make sure it’s not just a political agenda item, but an actual step forward,” said Alazar.

Rocco Versaci, a long-time professor of English at Palomar and the current president of the Faculty Senate, said that he also experienced a perceptible shift in the environment of the college this summer.

“I’ve always tried to bring writers of color into my classes, but this year has been a big turning point,” said Versaci, who has been active in the White Allies group since this summer. “In the Faculty Senate, we’ve been having a conversation about what our faculty can do to both lead and support antiracist activities on campus. We generated a concrete list of actions, and we’re going to bring that up to see what we can get started right now.

“The second one is diversity in faculty hiring,” he added. “You can talk issues to death, and before you know it, weeks have gone by and nothing’s happened. I’m really trying to move it into a more concrete phase. It really helps that there is all of this momentum, campus-wide.” 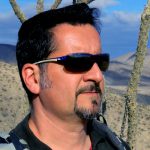 Most recently, the Faculty Senate created a subcommittee on Diversity, Equity, and Cultural Competence, chaired by Eduardo Aguilar of the Ethnic Studies Department. Members of the subcommittee include faculty from a cross section of Palomar’s academic departments, including Performing Arts, American Indian Studies, ESL and English.

Leaders Looking to Sustain the Movement

With unprecedented support for and attention to antiracism at Palomar College, participants say the challenge will be converting energy into results.

“I think the last wave, which is going to take us a very long time, is changing the way we do everything to meet the needs of our students,” said Dr. Kahn.

“We’re not a perfect campus, but we’re learning to be more reflective, and more conscious,” said Sadat Ahadi. “I do think Dr. Kahn has led the way.”

Added Colbert: “When these kinds of movements happen, there’s always talk about wanting to change things, but I’m encouraged that the college is making a real effort to institutionalize antiracism.”