Estoy orgulloso de ti | I am proud of you

‘I am proud of you’ are words one can imagine Magaly Guzman Sosa and her parents often say to each other as they smile. Their relationship has been about conquering higher education for the past decade regardless of the impossibilities.

The family’s starting point was in the small rural town Santiago Naranjas in Oaxaca, Mexico. Culturally, education was considered a luxury and a high school diploma was rare. Today, Magaly, her parents’ fifth child is earning a doctorate at Purdue University in Indiana with plans to become a research professor and have her own research group. 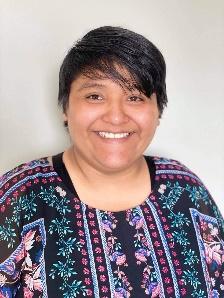 “When I arrived in the USA, I wanted to honor my parents’ commitment by pursuing a career. Now, I want to contribute to science by finding answers to questions that I had during my undergraduate research and others that come over time.”

Magaly is one of seven children. Her parents Abundio Guzman Pena and Eduarda Sosa Colores raised their children with the belief that education mattered. It was not an idea but a goal that would involve every one of them working together through what would seem too difficult to most.

Feat one, a high school diploma that required Magaly’s parents to provide school supplies and transportation to a high school in the larger Juxtlahuaca district.

In 2011, Magaly traveled thirty-six hours north to San Diego. Eagerly, she applied for Palomar College only to learn the college would not accept her high school diploma. She tried to register for Vista High School but was denied based on having a valid diploma. Magaly was 17 years old, and her college opportunity was indefinitely stuck in a quandary.

While her younger siblings were attending Vista High School, a counselor informed Magaly and her older sister of a program where they could earn a GED. The University of Oregon had a program for children of immigrant parents that work or worked in the agricultural sector. The university provided separate housing for them on their Eugene, Oregon campus and in three months, they would earn a GED. Magaly was then able to continue her education, but it was not affordable for both sisters to do so at the time

Her mother’s advice was for her to pick a career that she would be happy to have for many years; one that would take her somewhere. She thought of being a doctor because she was good at chemistry and biology. After volunteering in the medical field, she says she didn’t connect with patients and thought she would instead work in the biotech industry. It was at Palomar College where she found her path.

In 2017, Magaly earned an associate degree in Pre-Professional Biology and General Education at Palomar College. That is where she met Dr. Heriberto Rivera, who she considers a mentor. He equipped her with the tools she needed to apply for research programs and provided her with letters of recommendation. She credits him with guiding her to a career in research. 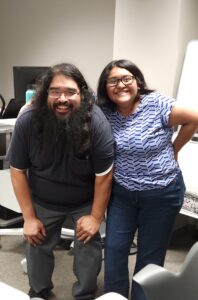 “I believed that with the right direction she would achieve great things. A good mentor helped me find direction and I hope to do that for students when possible.”
-Dr. Heri Rivera, Professor of Chemistry at Palomar College

Her research began the summer of 2017 at University of California, San Diego (UCSD). She had been accepted into the Chemistry Connections for Community College Students program during her last semester at Palomar College. The program often called the “4 C’s” lasted until August 2019.

“It was difficult,” says Magaly. “Without transportation, it took too much to get things done. I had to take the bus every time I went to UCSD, three hours one way and another three hours to come back. It was mentally and physically exhausting. I used to leave my home around six a.m. and return between ten and midnight. There was no time for me to spend with my family, or friends.”

At UCSD, Dr. Brian M. Zid began mentoring her research in protein aggregation in neuroscience. Initially, she was anxious about asking the professor questions because she was working on her English fluency. She says her professor was very supportive and she made friends with her lab partners.

She has since tried her old 16-hour trek. She says she honestly doesn’t know how she did it three days a week and another four days at California State University San Marcos (CSUSM). In 2019, it was at CSUSM that she graduated with a Bachelor of Science in biotechnology and a minor in chemistry. She chose CSUSM because it was closer to home and less expensive than continuing at UCSD.

Learn more about: What can you do with a chemistry degree?

The financial and personal sacrifices continue to be shared. She says she greatly appreciates her parents who continue to drain their bank accounts to supplement FAFSA and grants. In 2018, Guzman Sosa received both a Louis Stokes Alliance for Minority Participation (LSAMP) Book Award, and a LSAMP Funded Research Scholar Award.

She advises students finding their way to “Take a moment to see the problem from a different perspective. It is very easy to stress about an issue that can be easily solved by looking when we have an open mind.”

Now, a 4th-year graduate student in the PULSe/Med Chem Md Pharm (MCMP) program at Purdue University, she is tackling a doctorate in Integrative Neuroscience. She picked the program based on their personal interests where students can join any lab offered. She rotated through different departments to further examine protein aggregation , the mechanisms involved in the ‘misfolding’ of protein aggregates, and their stability, which overtime can lead to neurodegenerative diseases.

Parkinson’s, dementia with Lewy bodies (DLB), and Alzheimer’s diseases are among those that could be impacted with the reduction or prevention of specific protein aggregates. Bringing knowledge and findings to the clinical setting, “translational neuroscience”, she explains is the driver for participation in discovery.

Cellular Neurobiology (Biology 60200) was her toughest course she says because it was her introduction to neuroscience. She says it was hard to keep up with the lectures and research work. She recounts a slew of course topics including neuronal and glial structure, axonal transport, synaptic plasticity during development, and patterning of the embryonic nervous system.

Purdue, she says, offers activities and organizations that assist in integrating new students. Her current mentor is the professor of MCMP, Dr. Jean-Christophe Rochet. Perhaps not surprisingly, Magaly likes the Research Mentorship Development (HONR 59901) course she is taking. The course pairs undergraduates with graduate students that have similar interests and provides the structure to learn how to mentor them.

“Currently, my research focuses on understanding the effects of truncated aggregates of alpha-synuclein. In addition, I am collaborating with another PI to determine the concentration of alpha-synuclein in human samples.”

Magaly is happy. She likes to sing out loud to rock opera, play chess online, and does art when time permits. She isn’t a fan of Indiana’s weather but is happy that her stipend affords her an apartment without roommates. She has learned how to not give up during rough times. She says instead she leans on others.

“While there are times when I feel down due to multiple failures, I have such an incredible group that are my support. They help me through all the rough times. I believe they [lab members] and my family are the support that I need to continue and not give up.”

Magaly has close to two years left to earn her doctorate at Purdue. She is planning for another five or six years of post-doctoral training in her specific research area as she trains to become a professor. She says to not finish or do less would be a terrible waste. A waste she couldn’t fathom doing after her family has sacrificed so much.

To do it differently, Magaly says she would take less unnecessary courses at Palomar College that slowed down her graduation. She thought at the time that an associate degree would be the highest degree she’d earn. Thinking of practical careers, she took accounting and marketing courses. She also took an art course which she really enjoyed.

Her determination has been shaped by her family’s willingness to make sacrifices together to overcome any limitation. She humbly says she is not the smartest in her family. Magaly has two older brothers who earned bachelor’s degrees in Mexico and a sister that is a schoolteacher there. Her younger brother currently attends Palomar College. It’s been five years since she visited Oaxaca.