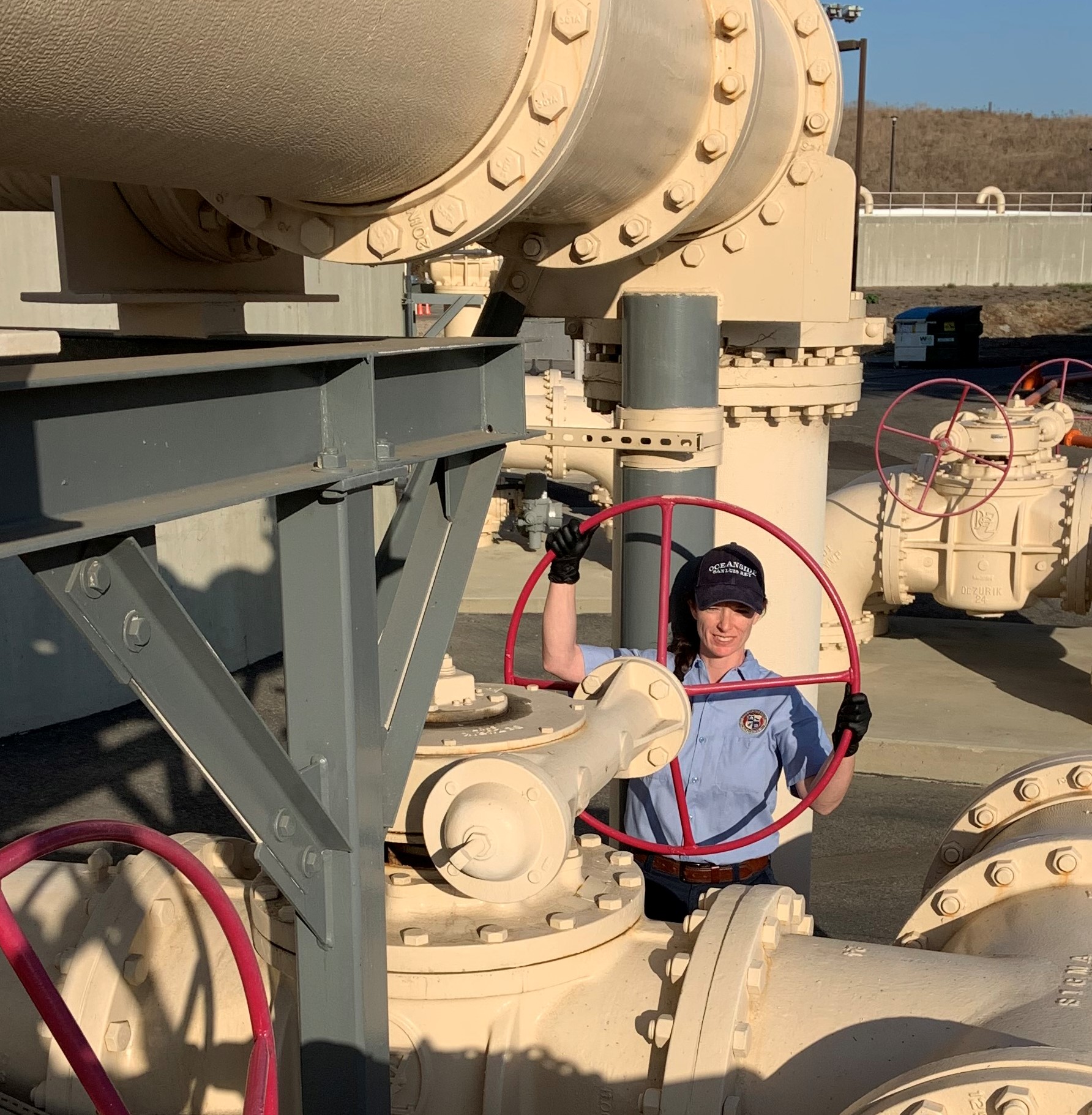 Without Water, There Is No Life

SAN MARCOS — “We are drinking dinosaur pee,” says Jacob Shiba, the Water and Wastewater Technology Program Coordinator and Associate Professor at Palomar College. He explains that the amount of water on Earth is finite. It has been relatively the same for eons.

He says at home his tap water is connected to their refrigerator filtration like many families. He faults bottled water brand marketing, not scientific research, for an industry myth about tap water purity for their profits.

The San Diego County Water Authority’s Citizen Water Academy is a tuition-free program that teaches residents about our water supply. They hope their attendees will serve as ambassadors on water issues and recruit more learners.

Shiba explains, “Traditional water management has treated potable water and wastewater as two separate disciplines, but with continued drought in the face of climate change, the emergence of new technologies such as Advanced Water Treatment are turning this idea on its head.”

His students not only learn how to test water as a technologist but how to address larger global environmental truths. Students prepare for careers in many different occupations which can earn upwards of $150,000 per year without a four-year university degree according to the department’s newsletter. Shiba says Palomar’s program works cooperatively with San Diego County Water Authority to provide practical, on-the-job experiences.

Water scarcity is causing a rapid expansion of advanced water treatment technology and aligning jobs to meet the challenge. It has also prompted trading water for the first time on Wall Street in 2020.

Yale Environment 360 has said in a Bloomberg report, “Wall Street has begun trading water as a commodity, like gold or oil. The country’s first water market launched on the Chicago Mercantile Exchange this week with $1.1 billion in contracts tied to water prices in California.”

“The Colorado River, which 40 million Westerners depend on for water, is withering under a historic drought,” according to an article published by Wired. “Filtration technology produces water so pure, it would actually harm you if they didn’t put minerals back into it.”

“Desalination is a freshwater solution that has consequences,” explained Professor Shiba. Desalination is not only energy intensive but can cause loss of sea life. When brine, the heavy salt leftovers, is returned to oceans, it falls to the ocean floor making it uninhabitable.

The Claude “Bud” Lewis Carlsbad Desalination Plant is currently tackling both issues and winning awards. The City of Carlsbad website says the plant creates 50 million gallons of drinking water per day (10% of San Diego’s needs) and sells it to the San Diego Water Authority.

Water Technology is a 60-year-old Legacy program at Palomar. Its labs are located within the modern 21,030-square-foot Industrial Technology Center. Students can opt for an industry certificate and/or AS degrees in both disciplines. Shiba says, in the tight job markets an education can give students the leg up with employers. The program is part of the Palomar Promise and water agencies offer scholarships to students. There are currently 130 students in the program. You can view their Instagram page here.