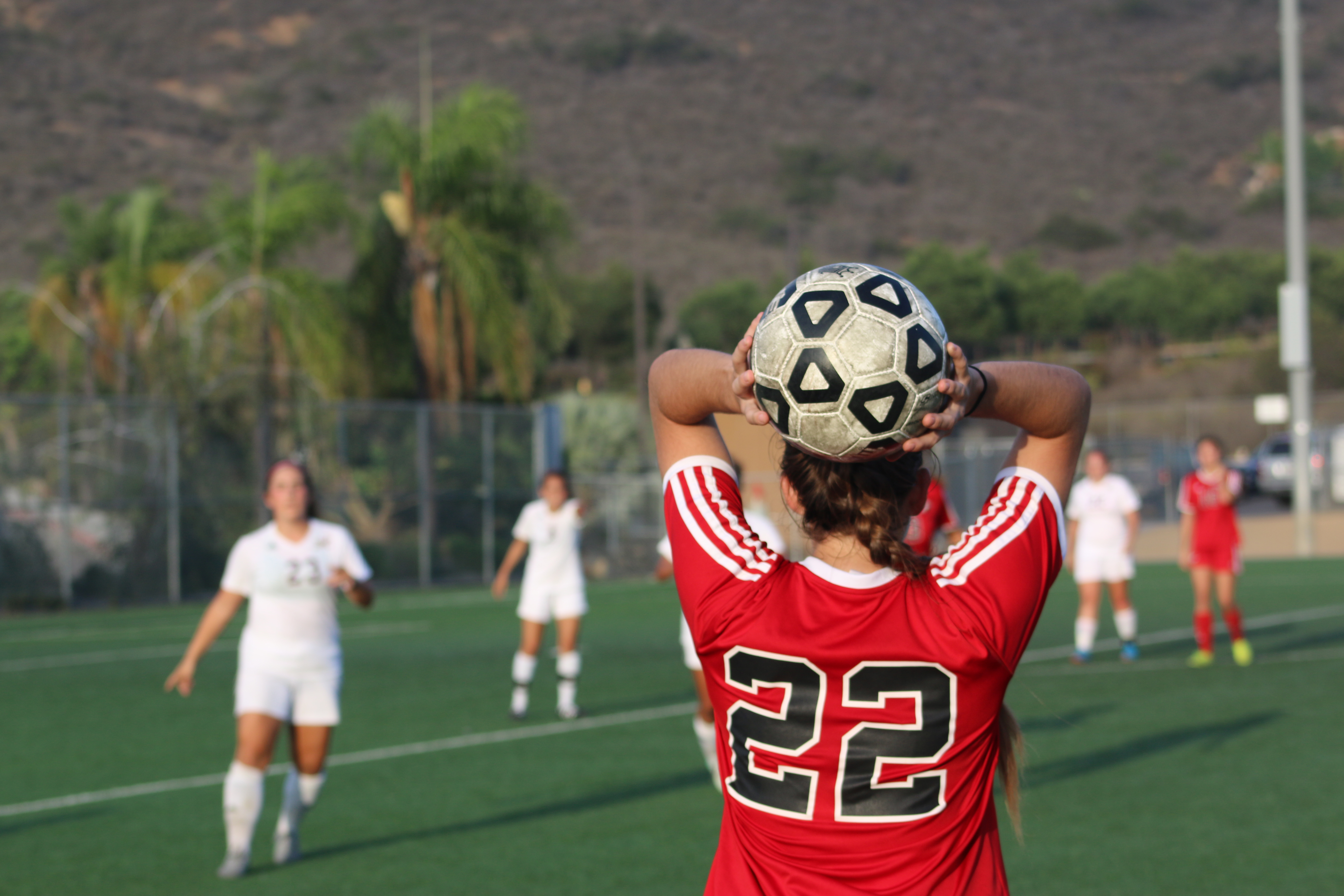 A Look Inside the Palomar Women’s Soccer Team

The Lady Comets kicked off their fall soccer season in late August with new head coach Gregg Cacioppo. They are growing their team bond as they gear up for the Pacific Coast Athletic Conference.

“My number one goal for this team this year is to set a strong cultural foundation for years to come,” he said. Cacioppo wants to build a program where players are transferring to the next level because of their abilities on and off the field.

Cacioppo also said “We are dedicated to getting one percent better every day. If we as a team continue to do that process we will have a very successful season, and I’m not just talking about the win and loss columns, better people make better Comets.”

To Cacioppo, this team is more than just a team; he views them as a family with a rock-hard foundation. “As a Palomar alum who has gone on to graduate from a four-year program and then go on to get my master’s degree. I am living breathing proof that anyone can do it. I’m excited to help lead these ladies on and off the field.”

This season looks promising for the Comets with a lot of reliable returning players. As well as new, young, and hungry players. “Offensively we have JuJu (Judith) Belman and Layla Moore, returning for us, who will be able to provide us with some strength in the channels. We’ve also added a couple of solid central midfielders in freshman – Olivia Albarren, Ashley Martinez, and Emma Guevara who will be able to hold a procession and create goal-scoring opportunities for us all season long,” said Cacioppo.

As well as having a strong offense, The Comets are also confident in their defense. “Defensively we have an amazing back line in returning sophomore Kat Golec and freshman Edith Gonzalez and Sarah Mullin. It’s going to be very tough for teams to break into our defensive third. After three official games we’ve only given up one goal” said Cacioppo.

Players seem to have bought in and supported Coach Cacioppo’s idea of family. Sophomore Katherine Golec said, “Our goals for the season are to grow on and off the field. To make it to the playoffs, and to keep a positive team culture throughout the entire season.”

Sophomore Diana Barrera had a lot of high praise for coach Cacioppo and what he’s brought to the program. “Coach Gregg always makes time for each of us individually not only to communicate his ideas, instructions, and goals he has for us as a player but to check in on how we are doing mentally, emotionally, and physically. He cares for us,” she said.

Barrera is 32 years old and has played recreational and competitive soccer for a long time. She has never been so inspired and happy to be a part of a program as much as she is now. With her knowledge of the game, she hopes to be able to share everything she knows with her teammates to help boost their confidence.

“One word I could use to describe the team, I’d say ‘Dream.’ if you know coach Gregg and if you ask him how he is doing, he’ll respond ‘living the dream,’ as he says that being our coach is his dream job, and I can see and agree with him because he has shown it over and over again. This team is so talented and I can see us doing really really well this season. It’s The dream team!” said Barrera.

This team has proven to have an unbreakable bond and is determined to be by each other’s side every step of the way.