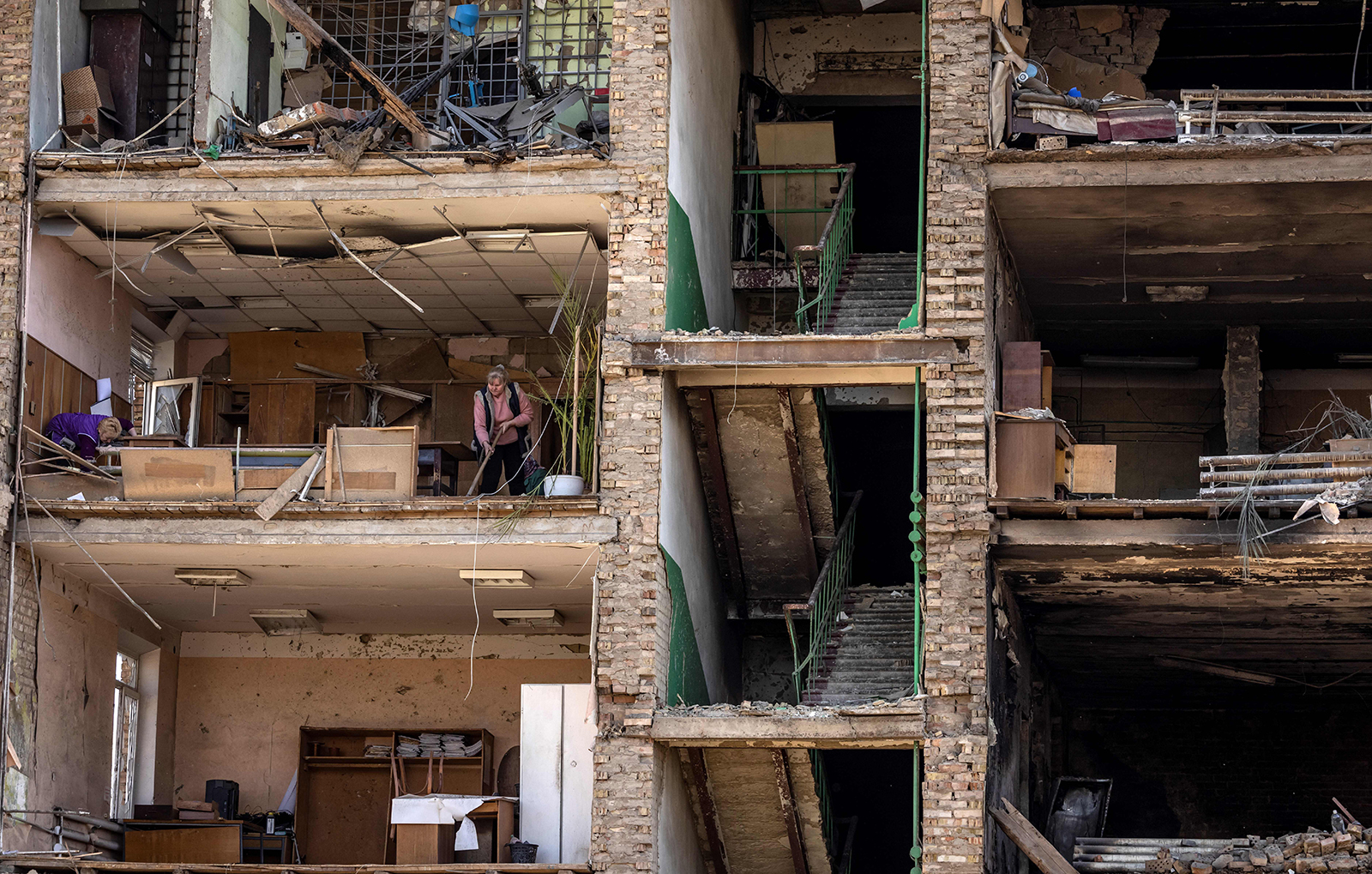 Ukraine: The U.S. is Doing the Bare Minimum

Although the United States needs to be cautious, this is an unjustifiable invasion in which we must give more support.

It has been more than three weeks since Russia invaded Ukraine. Russian bombardment continues on numerous cities around the country, destroying neighborhoods, hospitals, and various civilian bunkers. Russian President Vladimir Putin is aiming to seize Ukraine and there is no guarantee that peace agreements will take place, hinting that this war will last longer than we expect.

In response, Ukrainian President Volodymyr Zelenskyy has taken arms and is encouraging people to fight back, proving to be a setback for the larger Russian military force. There have been at least 1000 casualties and an unknown death toll growing in Ukraine, according to the UN News. As long as the capital, Kyiv, is captured, Russia’s presence in its neighboring country could become permanent.

The Russian invasion has caused millions of women and children to flee their country in fear, leaving behind most men who are bound by Zelenskyy’s martial law. What the Ukrainians need right now is military assistance from another country against one of the world’s biggest armies. Unfortunately, the strength and unity of NATO is a weakness that is being exploited by Russia for an uninterruptible attack.

Millions of refugees from Ukraine have been going into nearby European countries, while the U.S. has accepted less than 700 since last October. If we cannot provide a place for them to go nor help them fight back, then we are not doing enough. American officials need to realize that this is not a political issue, it is a humanitarian crisis.

Even with the limited involvement from American officials, Putin’s “military operation” will affect us more than we wish. An increase in gas prices is one of the consequences Americans are facing since the ban on Russian oil, gas, and coal. My nearest gas station displayed a shocking $5.79 a gallon for regular gas, over a dollar more than the nationwide average from last week.

Although the U.S. only receives about 3% imported oil from Russia, this adjustment could cause economic inflation and other unforeseen consequences, disrupting the livelihood of millions of people. A war across the world from us will have more effects on us than we wish.

However, from the perspective of American officials, aiding Ukraine without physically involving ourselves is the safest option for the country and for European allies. The U.S. and European nations have since been helping in various ways without involving their armies. President Biden intends to increase refugees from Ukraine, donations ranging from money to arms have been sent, and economic warfare against Russia has just begun.

According to the U.S. Department of State, the United States has been the largest humanitarian donor since 2014, providing an additional $54 million this past month to aid Ukrainians. The addition of sanctions has severely limited Russian access to the international financial market, affecting military firms and its capability to continue an expensive invasion.

Unexpectedly, Putin’s actions have produced the strongest cooperation between NATO countries to date. And although Ukraine couldn’t officially join this alliance, it should still receive military help before any more lives are lost.

There are many certified relief organizations you can donate to now to support those suffering from the war. Many more people will be injured if this situation escalates and we must not ignore the atrocities that Ukrainians are facing right now. American officials and NATO needs to hold Russia accountable for this invasion. If they can successfully take over a country in the 21st century, then we should fear what they will try to do us next.